Me, myself, Instagram, and a summer of droppings and (unrelated!) broken things

Goodness, it is has been over a month since I wrote my last post. That doesn't surprise me though, for I have been besieged, beset, and beleaguered by a legion of problems, of which more anon (including the more amusing ones!).

But first a word on social media. I have historically been a Facebook fan through and through...well, not an unconditional one, I should add, as there is much that is wrong with Facebook, and I don't just mean the constant slew of ads for slimming hose and relaxed fit slacks. I never really took to the bitty bearpit that is Twitter, or the soothing aesthetics of Instagram, where beautifully shot images drift by like cumulus clouds. Beyond that, for a long time I had a downer on the hashtags that are such an integral part now of the virtual landscape. Their messy, spiky aspect upset me, especially when posters used a vast thicket of them, including hashtags in foreign languages. This struck me as the acme - nay, nadir! - of SEO savvy, but then I don't like pushiness and self-promotion in any guise, and struggle to embrace it myself, even though it is very much the modern way. For if you don't take active steps to climb out of the Google sandbox, you will never be heard in the chorus - some might say babble - of Internet voices.

And I don't know how it came about exactly that I started to gravitate towards Instagram after all...I may partly have been propelled into its arms by the increasingly strident tone of Facebook, the ramping up of its adverts, or the depressing snippets of news which cannot fail to catch your eye at every turn: Brexit, climate change, factory farming, pop stars dying before their time. Instagram is a languorous oasis of sensory delight by comparison, albeit peppered with the offending hashtags. I continued to wrestle with the concept of these, trying to see them merely as labels on the drawers of a cyber filing cabinet, and not as so many mini-portcullises, bordering on medieval instruments of mental torture. You can tell that I have a serious aversion to the things, bordering on hashtagophobia!


But gradually I came to enjoy picking out photos to upload onto Instagram - I steadfastly refuse to call it 'Insta', mind, for that way lies 'nom nom nom' and 'sleeps' (shudders). I even got to the point of having fun with the hashtags, occasionally running with ones that had no precedent on the Interwebs - hashtag neologisms, if you will. It surprises me that I was the first to coin #catmustbecateredfor, and there are only four other posts under #croissantmutant. That is worth checking out actually, for the one that looks like a ram in particular!

And then there are all the filters to play with, like some kind of instant colouring game(!) - a new toy for me, would you believe? - albeit I quite often end up posting pictures simply as nature intended.

If you would like to check out my page - which is embarrassingly light on perfume-related imagery, though I plan to rectify that by and by - I am flittersniffer on there. Just noticed how many 'glittersniffer's there are, but there's only one of me. What even is a 'glittersniffer'? Though didn't there used to be a perfume with gold bits in it?...hold on, at least one version of Donna Karan Gold and a JPG is also coming vaguely back to me. I am betting that they don't mean that though.

Okay, so a brief word on the summer of droppings and broken things - those would be flea and mouse droppings, not things that have been dropped, in case of any confusion. The poor birds don't last long enough in the house to leave any such calling card, plus it is ten mice for every bird 'present', to be fair. Yes, it has been a rum old time lately, with typically between four and five things going wrong every single day. Today so far there has only been 'a bad night's sleep' and 'a big fat dead mouse', so a good day really by recent standards. Though my eye eczema - complete with distinctly unfetching atopic pleats (you really don't want to know) - is back with a vengeance, and making blinking uncomfortable. (It counts towards yesterday's tally.)


Here is a smattering - and splattering! - of recent mishaps and problems, to give you an idea of why I have been missing in action as far as blogging is concerned, though I have been inordinately busy in a firefighting / Hydra head chopping / Whack-a-mole sense. There was an equally lengthy selection in France, but one set is enough! 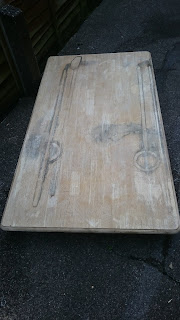 I will return with 'normal' blog posts though, once things have calmed down. I would like to review a new perfume from Swindon(!) for example, and more besides - but first I sense there may be a few more Hydra heads to chop and moles to whack...! 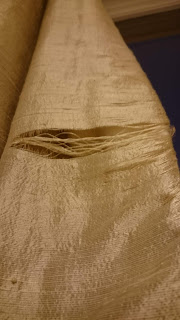 UPDATE: I have just remembered that there was another trigger for taking up with Instagram again...I managed to fix my broken blog link in the bio after several hours of deep Googling - turned out it lacked a security certificate in the format it was in, plus for some strange reason the 'www' part of the name was causing an issue, so I took that off. So there's another example of a broken thing I managed to fix!
Posted by Vanessa at 15:43 8 comments: