Results of the Puredistance GOLD 'Paying it Forward' giveaway! 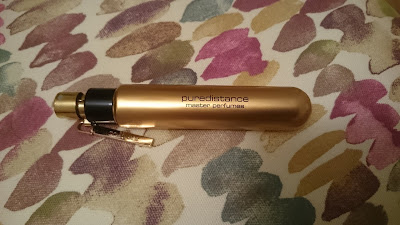 I see that the last draw I featured on Bonkers was for a dishcloth, lovingly handknitted by moi, with Annie A in Canada the lucky winner - or unlucky, depending on how you feel about doing the washing up. I do remember that across the pond generally, what we call 'washing up liquid' is known as 'dish soap', though that is not so far removed from 'doing the dishes', I suppose. And funnily enough I am busy knitting a whole stack of dishcloths in different colours and patterns at the moment...

But hold on, I hear you cry...can you please get to the point of who won the Puredistance GOLD draw?

Well, I excluded the DNEMs, who were several, and put everyone else's name into the virtual hat that is the online number generator, Random.org. Back in the day, as long term readers may remember, I used to get Mr Bonkers to call out a random number, and funnily enough he was here this afternoon, but I had already done the deed by that point, so didn't need to resort to my trusty human method.

It was noteworthy that of the eight participants who wished to be entered - I told you the odds were good on here! ;) - no fewer than three had Christian names beginning with 'H'. So I did think there was a fairly high chance that an 'H'-named person would win, and so it has proved.

Without further ado I can reveal that the winner of the Puredistance GOLD giveaway is:
HAYLEY

Let me know your address on flittersniffer at gmail dot com, and I will post your sample off to you. 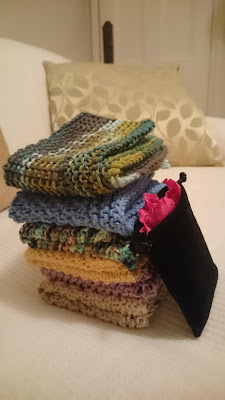 Paying it Forward: (in) Puredistance Gold 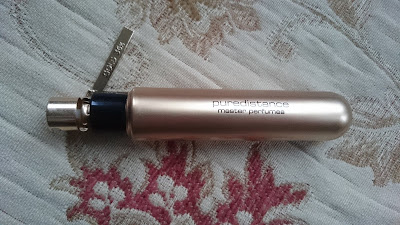 "This post is a part of a joint mini project, a.k.a. giveaway, held by Undina (Undina’s Looking Glass), Vanessa (Bonkers about Perfume), Lucas (Chemist in the Bottle) and Portia (Australian Perfume Junkies) – see details at the bottom of the post."

Ooh, I haven't participated in a joint blogging project in forever. I do remember one in 2010 on The Scents of the Mediterranean, and there must have been an example or two since. However, with being a bit of a lone wolf that walks by itself I haven't tended to do much in the way of collaborations with other bloggers. To be fair, I haven't done much blogging lately, period, which has as much to do with the ongoing jip from my sprained pelvis (and inability to sit still for long periods) as it has with any dip in my fragrant mojo. Be that as it may, the rationale behind this particular joint exercise struck me as so worthwhile that I am delighted to have been asked to host the UK end of the giveaway.

Without further ado I should add that this initiative is the brainchild of Undina, who explains how she lit upon the idea on Undina's Looking Glass.

For the full background do hop over to her blog, but in brief, Puredistance is a fine example of 'slow perfumery' (to annexe a term perhaps best known in the context of cooking and travel). It has gradually increased both its stable of fragrances and its retail network, growing the company in a measured and organic way, also in terms of its marketing approach. Undina feels (and I wholeheartedly agree) that Puredistance has always been appreciative of the varied and highly individual ways in which bloggers have spread the word about its perfumes. The company even collated their reviews into a presentation book, which I have never seen done by a brand before. To this day, 11 years on from the launch of PD 1, Puredistance continues to be unstintingly generous to the blogging community in its provision of samples. This was never conditional on their part, and by the same token, we bloggers wrote from the heart and not as part of some tacit quid pro quo arrangement that 'free stuff' would automatically come our way. But because of Puredistance's respect for the blogging community and its voice, I'd say this naturally led to closer - while still independent - ties.

Conversely, owing to the limited distribution of the brand, the fact of the matter remains that most people reading reviews will probably not have the opportunity to try these perfumes in a store anywhere near them. Which is why Undina thought it would be a nice idea to hold parallel giveaways in the four regions of the participating bloggers, enabling one reader in each area to win a sample of Puredistance's latest release, GOLD. 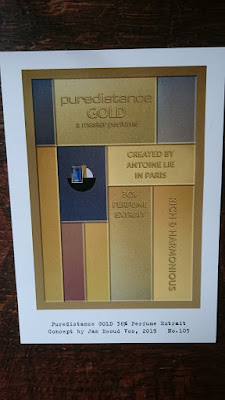 One ~ 1.5ml handmade sample of Puredistance Gold is offered in a giveaway on each blog for a reader from the specific geographical region:

While you’re invited and encouraged to comment on any/all of the participating blogs, to be entered into the draw you should leave a comment on 'your' region’s blog, following the instructions given there.

The draw will close on February 23. You know all the disclaimers etc."

Now I love GOLD myself and for anyone who hasn't tried the line, it is an ideal introduction to Puredistance's luxurious yet wearable style. Links to my review of it and those of five other scents are listed below, along with one to my post about visiting the offices of Puredistance in 2011 - I was apparently the first blogger to do so. I received a very warm welcome from Jan Ewoud Vos and his team, and at the end of our meeting was given a memorably packaged(!) ;) slice of apple cake for the road.

The travel escapades of a sample of Puredistance M

Editor's note: It occurred to me that as Bonkers receives few comments anymore - looking again at these reviews has rather reminded me of that - if you are in the UK the chances of scoring a sample here are extremely high!