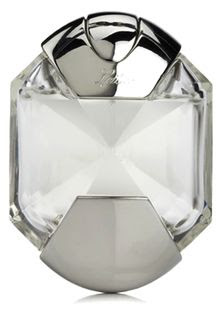 Some months ago I received a sample of Leiber EDP as a freebie in a swap. Now as anyone who engages in perfume swaps will know, 90% of the unsolicited freebies that are included in swaps are dross, some quite distressingly so - Demeter New Zealand, I am looking at you! Others you never actually get round to trying, so sure are you that they will also be dross. Which is perhaps shortsighted, but scents called "Melissa" and "Moonstone" don't exactly inspire me with confidence.

I umm-ed and aah-ed about trying this Leiber EDP for some time before I finally sampled it. I had never heard of the perfume or the individual, Judith Leiber, after whom the fragrance was named - I have since found out that she's a luxury bag designer - and was nervous of courting a scrubber. Then one day I took the plunge...

And to be honest, it isn't great. There is a peculiar vinyl note going in. It is very much in the same vein as David Yurman and Ralph Lauren's wickedly overpriced Love. The similarity with David Yurman is interesting, as he is a high end designer of rather ostentatious jewellery, while Judith Leiber's uniquely flamboyant handbags LOOK like jewellery, as does the bottle for her eponymous scent. 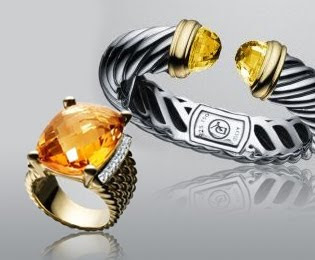 Leiber is an oriental floral, created in 2007 by Karine Dubreuil, who isn't one of my favourite noses, and whose claims to fame include Lanvin Eclat d'Arpege, Gianfranco Ferre Rose Princesse, Gucci Envy Me and Celine Dion Paris Nights(!).

Here are the notes, stripping away the rather purple padding I found on Fragrantica ("voluptuous pineapple", "shy vanilla").

And here are the notes for DAVID YURMAN:

And for RL LOVE:

So whilst the notes are by no means identical, the vibe is similar, for they all feature sundry fruits and rose, patchouli and some combo of vanilla, woods, amber and musk. They are all heavy and sweet to wear, in a blurry, borderline furry, kind of way that is doubtless due to the patchouli and/or the musk.

I mind Leiber a lot less after the plastic top note has blown off, plus it becomes lighter and less sweet as it gets going, which I know may sound like the argument for stopping hitting your head against a brick wall, but I mean that I would rather be wearing the latter stages of Leiber than no perfume at all. 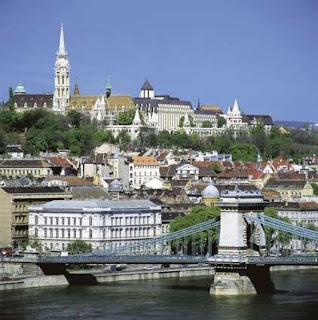 Why I am delighted to have received this scent in a swap has little to do with the fragrance per se, and everything to do with Judith Leiber herself and her fantastical bags.

Born Judith Peto in Hungary in 1921, she was the first woman to join the handbag-makers' guild in Budapest. She sought refuge in a safe house in Switzerland during the war, and emigrated to the US with her American husband in 1948. After initially making handbags for other companies, she founded her own business in 1963. 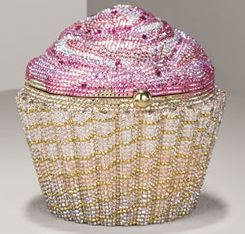 And what extraordinary creations, nay confections, they are! Witness the cupcake bag, famously featured in Sex and The City. And thanks to Judith Leiber, I have learnt the term "minaudière":

Well, let me tell you that "decorated with costly material" is something of an understatement. For here is one of her so-called classic range: 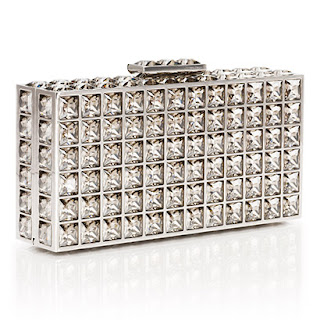 Leiber bags are so exclusive that there are only a handful of boutiques in the world - well, all in the US, actually - unsurprisingly in the blingier cities like LA and Las Vegas(!). 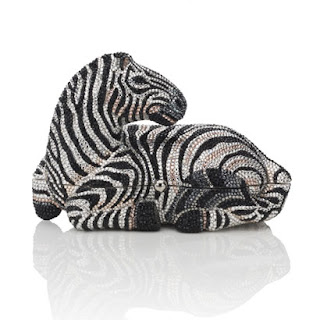 I was pleased to note that certain models have ended up in the Metropolitan Museum of Modern Art in New York and our own Victoria & Albert Museum in London, which is accolade indeed. For whilst some of these bags are without question unashamedly and rampantly kitsch, others are gloriously whimsical works of art, such as this bird bag: 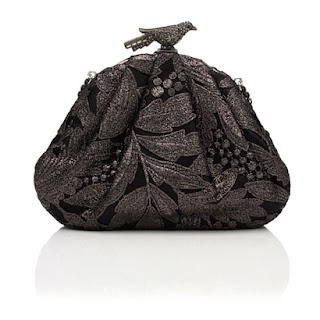 I am also beginning to wonder if this was where Damien Hirst got his inspiration for that notorious £50m skull... 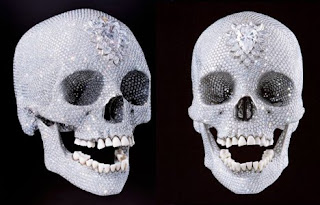 Our once proud department store, home of the once famous Walnut Room (and purportedly a favorite of Prince Charles, because it reminded him of -- drat, that store in Edinburgh, what's the name...Jenners? quick checkah, yes, I think Jenners -- featured a Leiber counter. Bags in a vitrine. (I remember learning the word "vitrine"...it seems as exotic an introduction as was my first "hello" to Judith Leiber.)

From what I can see of things on my end, you've pretty much nailed it. Both the vibe, and the scent.

I remember that the main thing about the bags seemed to be that they were *Judith Leibers* (ah, value in a name), and that they were "well made...well, fancy." Most of them looked garish to me...but I think I've probably made clear my tendencies already. I have to agree with you about that bird bag, though.

I was introduced to David Yurman jewelry on the same visit. It seems I had trod those floors many times without realizing the significance of passing LEIBER and YURMAN. Ah, well. I wouldn't have cared a whit about passing Miller Harris and Frederick Malle etc etc just a few short years ago.

Sometimes I think I should have stuck with gardening. But there is even a high end subculture in seeds...

oh gees.
I'm a total pleb.
Why would anyone carry one of those?
So non-utilitarian

ScentScelf - "High end subculture in seeds" - you kill me with your horticultural oxymorons!

Well, thanks for giving me the lowdown on Judith Leiber's image and general positioning in the USA. I am glad I was on the right lines. Having exhaustively studied her designs, I can say that some are indeed garish and ghastly - the minaudieres of a camel, a parrot and Ganesh the Elephant God, are gaudy beyond one's wildest imaginings - yet there are other models that, while similarly bejewelled, are blessed with sleek and elegant lines. There are at least half a dozen I wouldn't mind owning, if they cost no more than a bottle of Leiber EDP - which I have no plans to buy, I might add.

And yes, Jenners! My brother lives in Edinburgh, and I have also visited it. : - )

Bloody Frida, I do know what you mean, but have you no use at all ever for a sparkly clutch?

Sometimes I just have to have the most wildly impractical items, because they are are so darn cute. I have such a bag from T K Maxx, which I should photograph really and post on here. A triangular red satin number with a strange bobble closure.

Bonks - I am not very girly. I wish I was. I have one large black leather tote bag that I use daily for work, then a little velvety simple bag that I use when I'm going out - it's large enough for a liptick, cell phone, money and ID and that's about it. Well I guess I am girly if I wear lip color and perfume all the time.

But every 'purse' I have has to hang over my shoulders or across my chest because I'll leave a clutch somewhere! LOL And often I just cram everything in my pockets!

oh they have TJ Maxx in England? I didn't realise that!

Hi BF, Why, your velvety simple bag most definitely counts as "girly", if not technically as a "clutch" - I am inferring that it has a long strap? And I guess it is not sparkly enough to count as a minaudiere but it is certainly in the ballpark of "so small as to be almost useless". : - )

Ours is called T K Maxx, but it is the exact same thing, ie a wonderful goldmine of all sorts of things.

Yes, long strap = a must for me! I'm prone to leaving things places! "almost useless" - exactly!

I love the Maxx type places! You have to search but when you find, oh the glory!

I have a gorgeous sparkly sequinned drawstring affair, that feels as heavy as it looks and was bought the weekend after breaking up with an ex. It is beautiful, rarely sees the light of day but will never leave. At the other end of impractical is my gorgeous Mulberry Roxy, bought when my then-boyfriend now-husband was trying to find a suitable ring-delivery vehicle. That one is stored away at the moment because I refuse to carry nappies in a bag that lovely. So I have a collection of Cath Kidston for the moment.

Anyway, you have not inspired me at all to try the scent, but you have reminded me of how lovely bags can be!