I was introduced to the brand BEX Londoner in the summer of 2012 by Nick Gilbert, when he worked at Les Senteurs.  My first thought was 'Noooo, an opaque bottle!', that bane of MUA swappers and perfume lovers generally, because you can never tell how full or empty it is.  And my second thought was: 'Odd name.'  For BEX is (to my mind) a rather chavvy shorthand for Rebecca, along the same lines as Gazza is for Gary or Gascoigne, or Daz for Darrell. So, you know, an Essex girl kind of contraction is not what I would expect from a niche perfume house. Colour me snobby, but there it is.  And it is only now, in doing a bit of research about the brand for this post, that I have finally clocked that BEX is in fact the familiar name of the founder of the house, Rebecca Goswell, a brand design consultant who has worked for some notable agencies such as Design Bridge and Lewis Moberly.  For someone in the field of beauty product brand identity, BEX is perhaps a curious choice, albeit the suffix 'Londoner' detracts nicely from the first name part.  One never talks of Paul Gascoigne the footballer as 'Gazza Londoner', for example, not least because he is from Gateshead.

I read that Rebecca Goswell is a lifelong fan of London, and decided to enlist her friend, the perfumer Francois Robert, 'to capture the very essence of its most characterful and inspiring places'.  Together they set out to create a series of perfumes each named after a specific postcode, an approach to fragrance creation that brings to mind Jan Uprichard and Geza Schoen's Odourific Odyssey project in Belfast.


I spent five summers working in London as a student, and am familiar with a number of different districts in the city. So I was eager to try these scented postcodes and see if they chimed with my own impressions of that particular area.  One scent particularly caught my imagination, namely SEI, which appealed to me on a number of levels.  The blurb on the BEX London site - note that the brand and collection itself seem to be called 'BEX Londoner', while the company is 'BEX London' - explains the background to SE1:

'Evoking the atmosphere and aroma of the old Thameside spice wharfs, Londoner SE1 is alive with bergamot, citrus, cardamom and pimento balanced with a deep woody base of amber, sea moss, driftwood and finest natural vetiver.'

Now that is a very enticing description, and of interest also for confirming the plural of 'wharf'.  Hold on, a cursory google suggests both 'wharfs' and 'wharves' are acceptable. 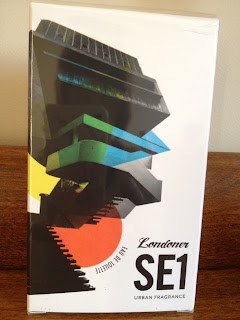 So how does it smell?

Well, all the BEX Londoner fragrances are positioned as 'androgynous', but this one leans to the masculine in my view, though I am drawn to it myself.  It opens with citrus, a wallop of mixed spice and a strong planky undertow, supported by the earthy facet of the vetiver.  The scent manages to be both airy yet full-on.  It completely evokes for me images of Long John Silver in Treasure Island, the sounds of creaking timbers and rocking bunks in Spanish galleons - and most crucially and nostalgically, the smell and feel of those dear little toy kegs of rum in the board game Buccaneer...


SE1 doesn't really change and remains simultaneously bright, spicy, airy, woody and earthy(!) throughout.  It just gets softer and more blurry as it wears on.  I don't particularly detect amber, never mind the sea moss, though there is a background warmth to the scent that might well be the former. For a more nuanced description, I recommend Freddie of Smellythoughts' take on Londoner SE1 here.  What his nose reads as a 'marine accord' is possibly what I am struggling to connote with 'airy'.  I am pleased to note that SE1 was also his favourite of the bunch! 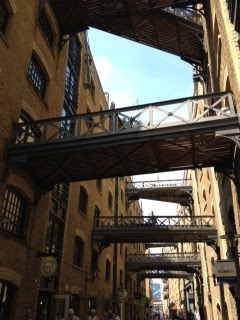 As it happens, I have a sneaking affection for wharves, and have visited a goodly number in places like Hamburg (which boasts the third biggest banana dock in the world, don't you know!) and New Bedford, MA (where I additionally took a tour of a plant that makes crushed ice for trawlers).  My interest was initially piqued by seafaring ancestors on my mother's side, including a distant great-great-something grandfather who was the captain of a clipper ship that regularly plied the waves between Australia and England.  In his spare time he kept detailed log books of his eventful voyages** and wrote and illustrated a comic strip magazine to entertain his crew during their long weeks at sea.  All of which my mum donated to the Greenwich Maritime Museum, where they may or may not still be on display today.

And thus it was that on a recent trip to London, I legged it down to the Shad Thames area by Tower Bridge to soak up the atmosphere of the SE1 postcode and generally get into the zone of the perfume it inspired. It was a blisteringly hot day and I had my luggage in tow, yet I managed to spend a happy couple of hours ambling through the rabbit warren of streets just behind the riverfront, clocking any vestigial bits of wharf I could discern, as well as the many buildings that have been named after spices and other traded commodities such as tea and wheat.

Yup, forget whales - wharf-watching is where it's at, preferably wearing SE1 for added verisimilitude, which I wasn't at the time. ;-)

And in a satisfying twist to this story, I recently did a perfume consultation for a friend who has never really worn men's aftershave of any kind.  I gave him half a dozen niche samples to try and SE1 came out as the clear winner.  The only perfume of the bunch with which he felt a 'visceral connection' (his words). And guess what...? He happens to live on a boat himself - albeit not one suited to plying the spice trade routes, but still. 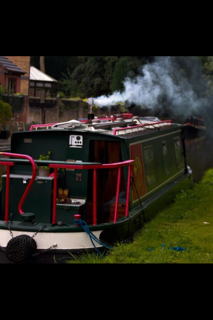 **According to family lore, on one trip from Australia my ancestor spied a young boy who had got into difficulties swimming off the coast of Ceylon.  He leapt into the sea and saved the child from drowning.  Said child turned out to be an Indian prince(!), and my great-great etc was given a ruby ring by his father as a thank you for his prompt action.   I have seen the ring, but cannot confirm the rest of the story... 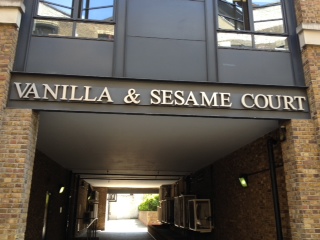 Disclosure: I was sent samples of all four BEX Londoner perfumes by BEX London's PR company, who also offered to send me a bottle of whichever scent proved to be my favourite (I obviously picked SE1). This offer was not contingent on my writing a review, but I wanted to do so anyway. 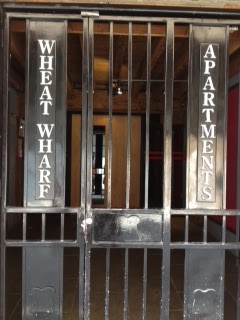 Lovely review - much more pleasantly worded than mine were. I tried them a while back - and this one is undoubtably the best. The drydowns were let downs though - and the other three were..... bad we'll say. Still - nice bottle! An easy wear :D

Thanks for saying so, though your review was more nasally articulate I would have said!

I also quite liked W1X which was like Bond No 9 Bryant Park crossed with Creed Love In Black, but SE1 was the one with which - like my friend - I had the most visceral connection in a 'Yo-ho-ho and a bottle of rum' kind of way.

Dear Vanessa
The second review I've read of these and I'm not overly excited.
I know the Shad Thames area well... peopled as it is now by mainly City Banker types and tourists off to the Design Museum or to catch an alternative glimpse of Tower Bridge.
Perhaps it is more the scent of these humdrum worlds or the rougher streets beyond that it captures than the spices, intrigues and salaciousness of days gone by.
Now one to hunt down for me.
Yours ever
The Perfumed Dandy

That is a perfect characterisation of the current residents of Shad Thames. :-) I spotted several of these bankers out jogging, and a few more driving out of their apartment block car parks in huge SUVs with tinted windows. I did amble quite some way and still the City types kept coming.

The bridges overhead are the original ones along which bags of spices would be unloaded, and some of the alleyways and arches retain a bit of a Dickensian feel. Mostly though I was relying on my imagination to picture the area in its swashbuckling merchant heyday. Which a childhood spent being beaten at Buccaneer by Sibling Bonkers perfectly equipped me to do...;-)

By the way, I thought of you as I wrote this post! Being conversant with the Mitford lexicon of U and Non-U, I figured you might be a tad perturbed by the BEX brand name.

For some reason this brand doesn't resonate with me. I might try it if I ever come across it but I don't like anything about it - the brand name, the perfume name, the packaging and the idea behind the line. But I'm glad you've got a bottle of something you liked.

I imagine the brand is more likely to appeal to a UK audience, and the brand name and bottle didn't exactly reel me in as I say. Curiously, the bottle doesn't have a top, which I confirmed with Google images after a good five minutes fruitless rummaging on the floor, thinking I had dropped it.

Loved the photos showing remanants of the area's history. I had a walk round there are going up the Tower Bridge earlier this year. And of course no one writes about perfume the way you do. I loved "strong planky undertow".

So happy that Narrowboat Man had a 'visceral connection' with SE1. It must be lovely to introduce someone to a fragrance they react to like that.

Glad you liked it! SE1 is an interesting area to have a nosey around, even if it is radically changed since the era which inspired this scent.

Yes, I have officially introduced Narrowboat Man to niche perfumes. Pretty much all the others including a Frederic Malle and I forget what else left him completely unmoved, so maybe he connected with the maritime aspects of SE1! His boat does after all go on the water, if only up to Gnosall and back. ;-)

It sounds wonderful, and I must say that I want to go to cardamom building! What a delightful name. And thanks for the explanation of the BEX name. I was not in the know on that one.

Isn't that a great name for a building? In a remarkable coincidence, my Canadian friend lovethescents actually knows someone who lives there! I am sure you would pay through the nose, mind, to enjoy this most felicitous name...;-)

Yes, I can't believe I only just twigged to how BEX was arrived at. Still not keen on that part of the name.