Results of the Bonkers about Perfume 8th anniversary prize draw! 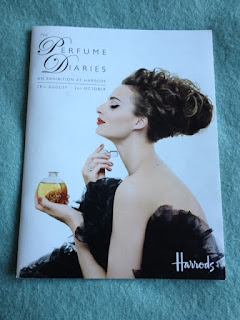 Well, the deadline for the anniversary prize draw came and went at the weekend, but I didn't want to steal Truffle's limelight by posting the results too soon after her own anniversary special. Plus I don't suppose the few participants who didn't actively withdraw from the draw will have been feeling an overwhelming sense of suspense, owing to the undeniably lacklustre nature of the prizes. ;) I wish I could post perfume worldwide as I used to do, as I really don't like doing lopsided giveaways that are only open to readers in the UK. However, I simply don't dare risk overseas shipments again, as the next time I am caught, we might be talking a fine or a custodial sentence, hehe.

I guess I could try putting up one of my knitted items next year? I do also have some unused metal atomisers that take 20ml and come in various colours. These are left over from back when I used to be an associate of The Perfume Studio, helping people create their own unique scents from a selection of blends featuring different accords. The problem with that idea is that the bottles say 'The Perfume Studio' on them, whereas people might prefer completely generic receptacles. But logo aside, they are rather nice if someone fancied doing a very large decant from an even larger bottle! Anyway, I toss these ideas out there for next time. Assuming I am still writing in 2018, as hopefully I will be.

And now the moment has come to reveal who has won one of the book/magazine-type prizes this time round. I had recourse as ever to Random.org, and can declare that the winner is:

Crikey, crikey, you've won! Congratulations, and PM me with your preferred option and contact details.

Hurrah! Thank you. The wee book would be an interesting treat (and probably less dangerous than the lush and alluring vintage perfume ads that could steer me towards dangerous hunts on ebay for the matching scents...)

Okay great, leave it with me!