Blog housekeeping: Bonkers moves from Feedburner to Follow.it, and thoughts on 'turning green' 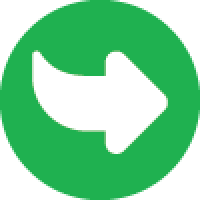 Well, would you believe that not a lot has happened since I wrote my post in April about being indisposed. The scan I mentioned at the time did find a little something that has since been surgically removed and sent off for inspection, but I remain 'under investigation' for the other issues I mentioned. Meanwhile new organ systems continue to be added to the list of suspects with monotonous regularity, a bit like the Government with its red and amber countries. I have come to view abnormal blood results as the new normal, though hopefully not forever. Throw into the mix the impact of seasonal allergies on my eczema (as in this post, though not quite so bad this year!) and several chipped front teeth, and you have the general picture. I feel very much like a oldish car that you take in for its MOT and one wiper replacement, only to have the garage mutter darkly that your brake pads are worn, the steering is out, your head gasket is leaking, and your big end could fall off at any moment.

I hope to resume posting by and by, but remain a bit detached from the perfume scene while this diagnostic limbo is ongoing. A waggish friend said: "Yes, you are left in a constant state of never-knowing, a phrase for which there is probably some obscure tribal word." And the not knowing what is wrong with me makes it difficult to 'live right', though I am broadly having a go, with the odd dietary lapse (aka cake) here and there.

The other week I was jolted out of my distracted state, however, by the notification from Google that its Feedburner subscription service was going to be axed later this month. I started to half-heartedly research alternatives when I was approached by one of the free platforms I had lit upon myself, namely Follow.it. I gladly let them guide me through the process and port my list of email subscribers across to their system - they kindly offered to weed out the many bots who were on the list, like bad bacteria colonising one's gut. These creepy web crawlies are largely detectable by their tell-tale gobbledygook addresses, so it may turn out in the end that I only have fifty subscribers rather than 1650...

So this post is just to give readers the heads up about the switch, which you will notice in due course. It should be seamless, but in the unfortunate instance of your having a rather implausible email address yourself(!), leading you to be culled by the nice people at Follow.it doing the heavy list lifting, I apologise in advance. It should be a relatively straightforward process to reinstate your email subscription in that case by using the new Follow.it widget in the sidebar.

As you can tell I don't understand much about these things, being supremely untechy as a blog owner, but I gather that Follow.it has some extra features compared to Feedburner, if that sort of thing interests you: this link should take you to their new dashboard where you can define certain filters and delivery channels, with more whizzy options apparently in the pipeline.

Any queries, let me know, and I hope to 'turn green' (to reprise our traffic light analogy) and be back before too long!

Is even cake bad for reflux??!

Haha, thank you! Cake appears to be bad for reflux, the pancreas, plus assorted other organs (full list available on request ;)). Doubtless due to those two dietary partners in crime - sugar and fat. I learnt from Michael Mosley that when present in equal quantities, they are especially irresistible.

GAH Vanessa, poor you buddy.
Fingers crossed for happy outcomes.
What a bloody shit to take cake off the list. I'm supposed to too but I find it too irresistible.
Portia xx

Thanks for your sympathy. I think sometimes you have to have a little 'bad' with the good, or you would go crazy! Or be inconsolable at least. ;)

Of course you have to have the odd treat or life would be utterly miserable. Hope they can sort you and your organs out very soon.

Poor you. I hope you get sorted out quickly. Cake is indeed irristable. XX

Thank you! - and sorry this is dragging on so long.

Thanks - two people made me a cake for my birthday back in May, and there is a surprising amount still left in the freezer!

Hi Vanessa,
I just had a message from Follow.it so they obviously decided that I'm real, not a bot! :)
I'm sorry to read about all your health trials and tribulations. I can empathise a bit as I have rickety parts myself along with a big dose of brainfog. That's why, when I read your post I wondered why you'd take an elderly CAT to a garage to be fixed!!!
I hope things improve and settle down for you soon, I really enjoy your posts, they're so well written and engaging. (Oh, and I love cake a little too much for my own good too!:))

Do you have a contact email so you can work with brands?

I hope your health improves soon. Nothing worse than feeling unwell with all else that is going in the world.
I can give up alcohol easily, but cake, ice cream, curry and spicy food are my downfalls. Sigh.
Sending you get well vibes.

Got the email, confirmed I wasn’t a bot.

Everybody knows that what one doesn’t know does hurt! I’m sorry that, in addition to not being well, you have to guess what exactly is wrong. I’ll hope with you that whatever it ends up being is 1) manageable and 2) laughable (I mean, that you’ll be able to joke about it).

Thanks for your sympathy and kind comments about the blog, and I am sorry to hear you also have rickety parts! LOL at the elderly CAT. I have had a couple of CAT scans recently in fact, so it is an easy mistake to make. ;)

So pleased you passed the bot test - I hope you didn't have to click on endless pictures of traffic lights in little squares as well, hehe

I do - see in the sidebar? - but I don't 'work with brands' in the sense I think you may mean.

Thank you, and it is true that illness on top of the craziness and isolation of the pandemic is hard. Though I am grateful to be having the tests at all, given everything the pressures the NHS is under.

Those foods you mention are all my downfalls too!

Thanks a lot for your understanding - my SIL said something similar: "I hope it turns out to be one grand treatable thing".

You didn't know it, but you had special treatment in the transition to Follow.it, as I gave specifically gave them your email address as an example of one that looks a bit weird, but is in fact kosher, hehe.

Hoping there is finally some medical certainty and that it is relatively easy to treat.
Never-Knowing has been a theme of the last year and a half, so having Never-Knowing, Medical Edition is an extra layer of yuck. All the best --AnnieA

Hi Vanessa, hope you get well soon. Thinking of you. Jack M.

Thanks for your good wishes, and you have perfectly summed up the 'layering' of uncertainty that has been going on with me of late.

I did have a bit of clarity today: a letter from the hospital saying that they had found 'no sinister pathology' in one organ system, but there are quite a few more to go! ;)

Thanks for dropping in, and for your get well wishes - much appreciated.

Vanessa, it's great to finally see a new post here, I was worried you were gone forever! Although not a subscriber, I check in regularly (usually at weekends) to see if there's something new from you, & I've missed your wit immensely. Sending you all good wishes for a happy outcome to your health issues, & sympathising with your dietary restrictions. Surely just a little cake now & then can't hurt, can it??

I am very touched to hear that you missed me! I am feeling a bit more chipper today, having spoken to a gastroenterologoist consultant with a lovely jolly manner: one more test and that might be it with a bit of a luck - just a case of taking stock of what we do and do not know. He was of the view that some of my other abnormal results may turn out to be just 'normal for Norfolk', even though they can equally be indicative of serious conditions I really wouldn't want to have.

I have thought of an easy enough post to kick off with, to get back in the swing of things, and it may not be long now...