Etat Libre D'Orange Like This - A Jolie-Laide Ginger Scent 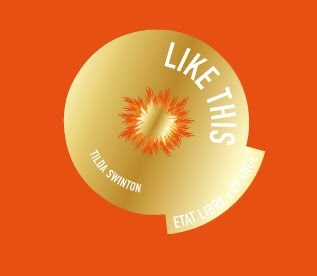 I am on a bit of an orange kick this week, what with the review of Penhaligon's new Orange Blossom EDT, and now this latest acquisition of a sample of Etat Libre D'Orange's new scent, Like This. I was going to post about my impromptu trip to London on Thursday, which included a visit to Les Senteurs (where the sample is from), but I have Like This on, so I wanted to write about it while it is fresh on my skin and in my mind.

I should firstly point out that I have only a slight - and distinctly timorous - acquaintance with the ELD'O line. Ginger, even. I had two ghastly sampling experiences with Putain des Palaces (disagreeable in a flat, dead, oddly discordant way I am at a loss to describe) and Divin' Enfant (tobacco and cold marshmallow is not the most felicitous note combo imho).

Then I couldn't steel myself to sample Sécrétions Magnifiques, but as a person who has not led a completely cloistered life I have a feeling I may not need any more hands-on experience of that particular fragrance style.... : - ) As for Jasmin et Cigarette and Encens & Bubblegum, the hideous juxtaposition within their names is red flag enough for me. While Fat Electrician is simply too silly for words. I daresay there will be a slew of flankers along shortly called things like Cadaverous Undertaker, Ruddy Publican, Slimy Salesman and Tattoo-ed Trucker. 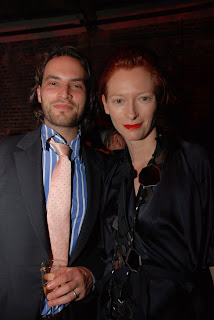 But Like This was always going to be different. For it is associated with the actress Tilda Swinton, the ethereal, cerebral, pale skinned, freckly and ginger star of films like Michael Clayton, Orlando and The Curious Case of Benjamin Button. The fact that her Christian name is a brand of rice and her surname a leading insurance company in no way takes the edge off her mystique and general otherworldliness for me.

Two more interesting facts about TS (not to be confused with Tania Sanchez) are that she has a son called Xavier and is in an open relationship. On her biography on Yahoo! Movies, under the heading "Significant Others", her husband and her lover are both listed as "Companions". How fabulously modern! The only small skeleton in her cupboard is arguably her being the face of Pringle. Only because the brand is indelibly linked for me with the likes of Val Doonican and Ronnie Corbett sporting pink golfing sweaters with bold diamond patterns. But maybe Tilda's fresh, angular beauty will turn the brand around. I wouldn't be at all surprised. 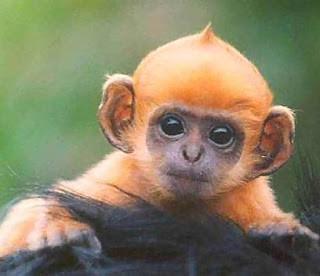 So, thanks to my admiration for TS, I had no hesitation in trying Like This, or LT for short (not to be confused with Luca Turin). ELD'O is an orange house and this scent is All About The Orange, with notes as follows, according to the concertina promotional material that came with my sample:

"Yellow tangerine"?? Right off the bat we note that that is an oddball fruit. It is like a green lemon or a lemon lime or a pink grapefruit or a blood orange. These are not normal specimens in my book - personally I avoid non-regulation coloration and want my satsumas, mandarins, clementines, tangerines AND mineolas to be perfectly ORANGE, thank you, but the fact that there is a yellow one in this scent speaks volumes. You are not going to get the type of mandarin so commonly found in fruity florals, like Caroline Herrera 212, say. Oh no, this is a much edgier tangerine, a tangerine with attitude...

And so to the smell. Well, first impressions were not at all good. There was a strange, musty quality to the opening, like herbs that have been sitting in the pantry since 1982. And I know about these things, having cleared out my late mother's house some 17 years after the expiry date of her store cupboard staples. Of LT I thought: "Hmm, this is unusual, a bit vegetal, a bit dusty, a bit werrrr - and I did want and hope for edgy - and this IS edgy, just not in a good way."

I wondered if it could have been an unhappy blending of the vetiver and the heliotrope. I do generally proceed with caution around heliotrope, as it can be headache-inducing when overdone in a scent or teamed with unnatural bedfellows. (Barbara Bui and Herve Leger would be examples of the former to my nose, Lalique Le Parfum of the latter, the bedfellow in question being cumin!). Or the villain might have been the immortelle, a dour little flower which I have yet to warm to in any scent I can bring to mind. So my first impressions were that I DO NOT want a perfume to smell LIKE THIS. Indeed I will go so far as to say that it didn't even smell particularly like a perfume, merely peculiar. 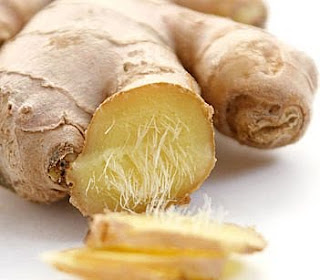 But I waited and waited, and I also jogged (intermittently) to the corner shop to get a paper, and as my skin warmed up, so did LT! I started to get the pumpkin note, which I liked the sound of so much in the description, and the ginger came through strongly at this point. I made some pumpkin soup last weekend, as it happens, and it had that wonderful orange colour and velvety, creamy texture. By the same token, whilst the scent didn't quite tip over into "creamy" territory with the appearance of the pumpkin, it did get fuller and richer, and the weird vegetal mustiness fell away. If it stays like this for the rest of the day I will be very pleased, for I so wanted to like Like This. Tilda is such a free spirit, with great bones, and she flies the flag for the not classically beautiful in a society where those with regular features are by and large more likely to succeed.

So if you want a warm, spicy, rounded, pumpkin fragrance and you are prepared to wait a little while for the metamporphosis to occur, I can commend LT to you, though I doubt if it will make me more daring as regards the house in general. 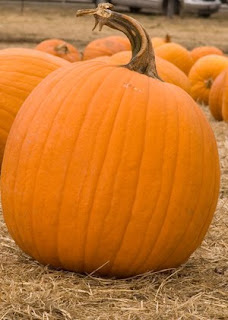 Finally, I have to mention the strange poem featured on this promotional pull out thingy. It is by the author of "The Essential Rumi", whose name I will not even attempt to type. Some verses are quite poetic, if a little impenetrable:

"I am a sky where spirits live. Stare into this deepening blue, while the breeze says a secret.

Some verses are just impenetrable:

"How did Joseph's scent come to Jacob? Huuuu. How did Jacob's sight return? Huuuu.
A little wind cleans the eyes.

And some verses are frankly a bit risqué:

"If anyone asks how the perfect satisfaction of all our sexual wanting will look, lift your face and say,
Like this."

Well, our Tilda's the one with the open relationship, so I defer to her greater knowledge in such matters, but for me we are still talking about a perfume smelling of pumpkin. Slightly tingly pumpkin, thanks to the ginger, but still pumpkin.


(Picture of TS and her companion is from Hollywire, the others are from Google images.)
Posted by Vanessa at 13:34

:) I would never get the LT and TS connection. How interesting. I haven't smelled LT but it seems not to have lived up to the great expectations everyone had of it. Too bad - I find TS brilliant in a strange way.

She is exactly that! This scent will appeal to those who enjoy "offbeat orange" scents if there is such a category.

Aaaaaaand another review that lets me know LT is just not for me. (Thanks, I love to be right...)

Pringle of Scotland? You must give me a fuller flavor. Cursory searching of the interwebs yields the notions that there is a film of some sort, which turns out to be advert, but which is shot in Scotland ("just like the Bahamas [wink, wink]"), which is the home of some clothing, which is available for men and women.

Here in the states, Pringles are mashed potato product stacked in a can and called chips. Which have absolutely nothing to do with fish.

You play, my dear, once again. Impenetrable yet risque verse? Oh, my.

There is now officially an "offbeat orange" category, and whether or not LT/TS incorporate it in their next edition, TS/LT clearly belongs there.

I so wanted to love ELdO's line, but alas, after sniffing so many of their fragrances, their dry down is all the same to me. Of course I'll always love Putain, though! ;)

You are not including Robin's review, are you, as that might have swayed you the other way? : - )

Well over here we have both the extruded potato snack AND the woolly sweater.

Pringle the knitwear company is definitely trying to move in a more edgy direction with its latest collection, but the association with diamond-patterend golf sweaters still runs deep...

Hey Bloody Frida, I hadn't clocked that you were a Putain fan and I hope I wasn't too disrespectful there. Am glad you have found one in the range that you love - for me the quest continues!

"Impenetrable yet risque verse"? You are too quick for me, ScentScelf - that must have been a Freudian slip on my part... : - )

Come to think of it, maybe Swinton is a great spokesmodel for a sport encouraging foursomes...

I'll stop. Sorry, they just tumble out. The game invented by the Scots is just too rife with opportunity...

"Sport encouraging foursomes" - like mixed doubles, perhaps? Very good! And some of those tennis championships are called The Open, aren't they? Or am I thinking of golf? And Tiger Woods....

...which brings us back to golf and Kevin Costner, who as I recall tried to put an extra swing into things post-game at St. Andrews...those golfers and their...ACK! Back to tennis! At least they sometimes have Love when they score.

I think it might have been Angela's review at NST... doesn't matter, I haven't read a single review (positive though they mostly are) that says, "this one is for Mals!"

Ah, my mistake, I'm sure. And if it was Angela rather than Robin who liked it, that makes much more sense, for Robin tends to prefer mimsier scents like me, and Angela the classic, the weird and the generally pungent end of things. : - )