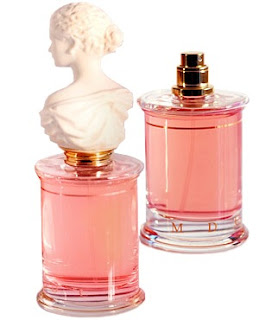 When I acquired my wine and beer chiller last year to take better care of my scent collection (intermittent icicle issues notwithstanding), I spoke of how keeping products chilled was something by which I set great store - something "in my blood", almost - ever since my stint as a Brand Manager at St Ivel. Exploding yoghurts, mouldy cheese and rancid orange juice were regarded as signs of professional and moral failure, and to this day I remain keenly vigilant about things going off - whether food, or now perfume.

However, where the job of self-appointed Quality Controller becomes tricky is when faced with a perfume which is mutating in an unfamiliar way. It doesn't smell as you remember, but it doesn't have all the hallmarks of a completely "turned" scent - the brown, viscous liquid, the strong alcoholic smell and so on.

This is the problem currently troubling me in the case of Rose de Siwa by Parfums MDCI. I have an 8ml decant of it, which I loaned to a friend for nine months, and which has recently come back into my possession. 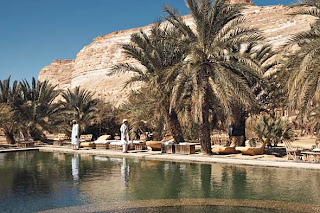 Here is a rather lyrical description of Rose de Siwa from Luckyscent:

"Named after the flowers of the Siwa Oasis in Egypt, the perfume is delicate and fresh, truly an exhausted traveler’s dream of a paradise in the midst of a hot desert…with beautiful fountains, and luxurious trees and roses fresh with the morning dew. The scent is a charming, playful rhapsody in pink, a joyful, flirty, truly feminine composition that features pink peonies, pink roses, and pink fruits, with violets adding a darker depth to the blend. It winks, it smiles, it twirls in its gauzy, pink dress…what a little charmer!"

And for more empirically minded readers, without ado here are the notes: 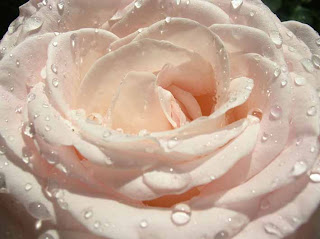 So overall the vibe of this scent is "fresh" and "limpid". The lychee alone rather points in this direction. And that is in fact how I remember it - quite modern in feel, and linear - a straight up rose like Lancome's Mille et Une Roses.

And this seems to be the feeling of Abigail in I Smell Therefore I Am:

"Rose de Siwa is the truest sweet pink rose in fragrance form. There’s nothing soapy or powdery – all you need to do is bend down, feel the heft of the petals in your hand and inhale deeply."

But.....and it is a big but....this is not how it smells anymore. It does smell powdery - but not in a way that seems deliberate. More in a slightly choky way that makes me think of inhaling all those clumps of dust lurking amongst the writhing tangle of computer cables on the floor beneath my desk. I was vividly reminded of these yesterday, when I had to crawl on my back down there to reconnect the fax line. There may also be a sharp alcholic note, though I am less sure of this. But it doesn't smell of an oasis, or like burying your face in dewy rose petals. It is acidic and powdery and depresses rather than lifts the spirit.

Now this scent was created by Francis Kurkdjian, who doesn't like working with rose notes apparently, prompting Abigail to go on to say: 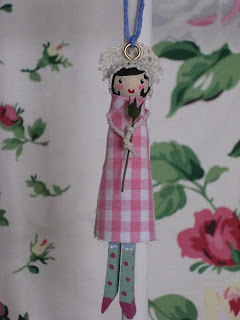 "I think this makes me like Rose de Siwa even more, like it’s an unwanted child, left on my doorstep in a basket, that I’ll gladly take in and care for. I’ll put pink ribbons in her hair, and dress her up in the cutest pink gingham outfits, oh we’ll have so much fun me and little Rosie de Siwa."

Well, something tells me that she wouldn't feel so inclined to adopt this particular Rose de Siwa. Our little girl has aged rapidly and would look most incongruous in pink ribbons or gingham. She is considerably older than Kate Moss, who is also doing a spot of writhing in the back of a taxi wearing Parisienne. This is the scent my Rose de Siwa most closely resembles in its current degraded state. But at least Parisienne smells intentionally powdery - it doesn't conjure up musty corners and household neglect, or unidentified tangy fluids. 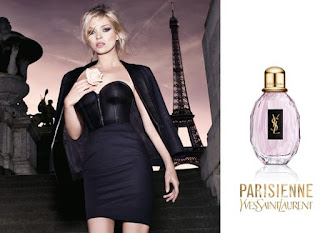 It's a shame. I can't remember how I came by this decant, whether in a swap or bought from a split site, but its trading value would have been quite high, Parfums MDCI prices being what they are. And I cannot blame my friend necessarily, who kept it at ambient temperature in a bedroom as far as I know, though not in a provocatively sunny spot.

But my disappointment is also compounded by my uncertainty. For when your experience of niche scents is mostly through mail order and occasional forays to major cities, you lack the opportunity to re-sniff something to verify how it is meant to smell. I can only compare this decant to my hazy memory of how it used to be, and am greatly helped here by these reviews on the Internet, which tend to confirm my suspicions once you decode the fanciful imagery. If this were a vial of No 5, I could just toddle down to Boots to refresh my memory of what it is meant to be like, but when it comes to niche scents I am woefully isolated and lacking in such points of reference. 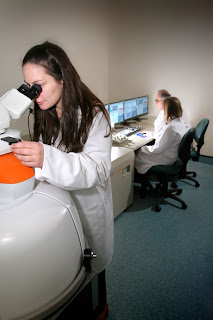 The upshot of all of this is that if anyone out there has a sample of Rose de Siwa in good nick, I would be happy to send them my decant for forensic examination, to see if I am genuinely on to something - as in on to something being off. Assuming I am right, this wouldn't restore my Rose de Siwa to its previously dewy glory, but I would at least have closure...
Posted by Vanessa at 13:00

Oh, FS, I do know what you mean...memory is one trick...stability in fragrance another...how to ascertain which, if not both, are in play?

I have done a fair amount of reading about fragrance storage and have come to the conclusion that cool-ish, dry, and stable will suit most perfumes just fine...even over decades. (If you have a piece of research which has persuaded you otherwise, please do let me know.) There *are* a few notoriously fickle potions which seem to "turn" more readily than most. But, by and large, they are more stable than some of our nightmarish worries suggest.

So much for the further support of friend & storage method, which you never did impugn...just saying. :) And I fully acknowledge that my research conclusions suit me, so I might tend to be happy to let explorations lean in that direction.

But none of this yammering helps you reach any conclusion about your beloved, now seemingly altered, Rose de Siwa. It does sound like it had been a lovely something...but I know nothing. I know I've had turnarounds with scents which weren't all that, and then became special to my nose, and vice versa. Which throws a third variable in the mix--what if your recollection of your previous experience with the scent is correct, but your nose has "evolved" somehow, and now you experience it a different way? What if season/context is affecting things?

Oh, dear. I'm going to see if I can't hunt down somebody with this one myself, so I can be more help and less muddler. :)

sorry I don't have that, but wanted to tell you you were in a dream of mine last night. I was watching the news and saw you walking by (I knew it was you because of your hat!)

It is quite possible that some chemical reactions have occurred during even normal storage; making the scent change significantly enough to be noticeable, but not resulting in a 'bad' smell per se. It's infuriating when you can't be sure of course.

I have a sample of Rose de Siwa. I haven't tried it in a while but liked it much more than Parisienne! You can send me the decant if you like.

Hi Scentscelf, I really appreciate your empathetic agonising over this thorny issue. The points you raise - about my possibly tricksy memory, evolved taste, and seasonal variances, to which I would toss in wayward hormones - are all valid, but my hunch is that the disparity I smell is due to a genuine physical change. Maybe Farah will be able to shed light on this!

My fridge (though currently icicle-free) remains damp, and I have rigged up an elaborate arrangement of polythene bag shelf liners, with top shelf scents additionally encased in bags within bags on top of their shelf liner. I do hope moisture isn't too injurious, and likely to offset the benefits of the cool temperature...

BF, Am very excited to have featured in your dream! You realise of course that that isn't even my hat. Borrowed for a comedy moment at a friend's wedding. I can't even remember the name of its owner.

Hi Nukapai, I do indeed feel pretty infuriated with the whole "is it/isn't it" off scenario. Knowing how prone AGs are to turning, it doesn't seem beyond the bounds of possibility that this decant has gone the same way.

Hi Farah,
You're on!

thanks for the worthwhile read! :)

Why, thank you, Angela!