Tai Chi And The "Great Fist" Of Mortality 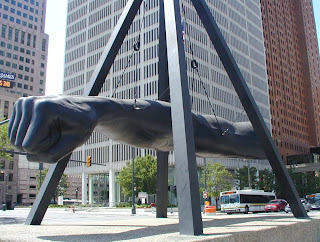 I know this is supposed to be a blog about perfume, and mostly it is, but just occasionally a "secular" snippet appeals to me on account of its superlative bonkersness, and so it is with this recent article in my local paper:

INFO SESSION FOR OVER 50s

"Stafford residents over the age of 50 are being invited to join Staffordshire's Older People's Partnership Board for an information session on May 17th.
.....
It will cover learning courses available from the University of the Third Age, computer courses for the over 50s, the benefits of Tai Chi to prevent falls, and Staffordshire's preparations for the London 2012 Olympics."

So many things popped into my head when I read this, as someone who turns 51 next week. Firstly, I am an "Older Person" in the eyes of the authorities, as opposed to an overgrown 20-something who feels she is not long out of New Romantic pantaloons and suede pixie boots. Secondly, I am deemed to be computer illiterate and in need of training. Well, fair play - it took me ages to figure out how to dump photos half way down the text of my posts, and I still haven't cracked hyperlinks. Thirdly, I am prone to falls. That is the bit that really made me sit up.

I felt compelled to read up a bit on Tai Chi, or Tai Chi Chuan as I understand its full name to be. On one website offering tutorials I found the following description:

"Tai Chi (Tai Tzi) means 'the great limit'. Tsuan (Chuan) means 'fist'. The fist of the great limit. The 'limit' is a metaphor here - as with many other things in Chinese philosophy, there is no limit, but only our quest for it."

There is no limit? Let alone any great limit? My local council deciding that I am now officially old and tottery sounds remarkably like a limit to me. I am surprised they think such a physical infirm target group would have any interest in the 2012 Olympics - assuming of course that we live long enough to see them.

I found another translation of Tai Chi Chuan as "supreme ultimate fist". I may have to attend one of these meditative martial arts sessions, so I can go into the council offices afterwards and throw a well-aimed punch in their direction for such supremely ageist policies.

But then again, apparently "Tai Chi helps us to gain control over our emotions" so in the act of learning to strike the pose, I might in fact draw in my horns. Not so much a case of:

Embrace Tiger and Return to Mountain .

So is there absolutely no link to perfume in this post, I hear you ask? Well, I could say that there is a style of Tai Chi called Yang, which made me think not of Ying, but of Ylang. Which is a feeble connection I grant you - but then again, I am over 50 and by definition seriously senescent.

oh I love this post!! still giggling here at work. We were born in the same year, Bonks!!

Second, I chuckled my way throughout. You should know that the golden age around here is somewhat defined by when AARP (American Association of Retired Persons) start sending you mailings. Which, for some, can be in the late 40's...just to prepare you for the golden discounts which start being offered to some things as early as 55 (or even younger!), even though the standard retirement age is 65.

Thirdly, on this side of the pond, "council flats" are likely to be in capital letters and refer to a large geographic area, with the council referring to some indigenous peoples gathering spot and flats having to do with contours, not housing. (I remember learning to translate quickly while watching the wonderful, *British* documentary 7 Up. {and 28 Up, and 35 Up, etc etc.} It seemed rather cruel at first, the idea of sending people off to the high plains or down by the river... ;) )

Fourth, I was still chuckling at Ying/Ylang when composing item #2.

Fifth, speaking of Yin/Yang, your post finds me on the flip side. Tai Chi is something I have been fascinated by for decades--so I, for one, don't think of it as an "old people thing," if it's any comfort. And that fist...I rode the bus past that fist every day during my 13th summer, travelling to a clerical job with the opera association. Making me a triple oddity in that neck of the woods: a job at that age, riding the bus, and hooked up with grand WHAT???

I am totally leaving the falling thing alone. Because I am that nice, or that smart. ;)

Ah, ha ha ha...Frida fell whilst I was posting! Smiles to both of you.

Hi BF, whoops-a-daisy! Were you trying to reach something off a high shelf without standing on one of those H & S approved little round steppy things?

And are you slightly older than me then? Which could account for your even greater frailty... : - )

Hi ScentScelf, That is interesting about your AARP - we have an equivalent organisation called SAGA, and I started to get mailings about reduced insurance rates etc from affiliated companies a couple of years ago. Though actually, when you examine their premiums, they are not all that keen, because they are relying on your being too senile to notice.

Crikey, Council Flats have a whole other meaning over there, I now realise. Though we have watched the same TV show!

I am glad to learn of the wider demographics of Tai Chi - it was the juxtaposition with "falls" that led me to associate it with the elderly.

And the fist pic I specially selected in the hope that you would recognise it. : - )

oops but you'd never guess it!

{excuse me a moment while I assist BF back up...}

Well, now, I wondered about that...but that seemed a *teensy* bit self-centered... ;)

It gets completely misinterpreted, btw, given the reputation the city ended up with, the Black Panther movement (and gestures), etc. Context, always context. It does sit right across from the arena named for the honoree. As I'm guessing you know. :)

Hi BF, if it is any consolation, I just bought a padded insert for my car to ease my bad back. And Mr Bonkers (who is five months my elder), is currently doubled up with his.

ScentScelf, I must confess that I lifted that picture without any knowledge of the context, indeed I was rather hoping it was an artistic representation of a fist with NO political overtones, unlike some other pics I found in Google images. I suppose that was always going to be unlikely.

In my defence, I would recognise a photo of the GM Tower, even without a logo. : - )

You 3 just made my day. :) I chuckled through the post and then through the comments and feel left out of the discussion - although, I agree with ScentScelf, 50 is the new 38. :)

Glad it amused you - hopefully sense of humour will be one of the last things to go after memory, motor functions etc....

You are welcome here any time! : - ) I think I do look 50 (and the rest) first thing in the morning, with not just mussed up bed hair but a crumpled bed face!

There is an instant relation between the blogpost and perfume: The fist of DIESEL THE BRAVE.
I received the LE today, a red fist with a blingy golden ring.
The scent ist not so bad after all and my SO thinks the bottle is funny.

@Ines - I bet she is just fishing for compliments :-)

How interesting about Diesel The Brave - sounds a bit like those Sean King scents if it has a blingy ring attached!

And re the compliments fishing - auf keinen Fall! : - )

aha - but dear flittersniffer you put the "scent" into "senescent", and if language skill like that comes with age then I can't wait. I wouldn't mind looking like you at nearly 51 at all.

I still can't imagine what possessed me to have a baby at 41, we shall have menopause and puberty under the same roof at the same time, which is a little worrying. I don't count over 50 as old.