When It Is Senseless To Be Scentless 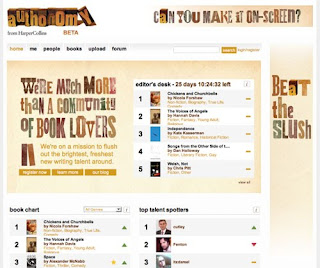 Back in January I was feeling very rough with a suite of ear, nose and throat complaints, and wrote a post about the occasions when I might be disinclined to wear perfume: illness, death of a relative, domestic strife etc. I can now add another one to the list - being horribly sidetracked.

For yesterday I had all manner of useful things planned: a bit of weeding, the interment of some dead succulents, a cycle ride over to Mr Bonkers' mother, maybe even a major grocery shop.

But none of these things occurred. Instead I remained at the computer most of the day, editing a non-fiction book that I have uploaded on to the Authonomy website, which is a sort of self-adjudicating slush pile administered (in a distinctly hands off fashion) by the publishing house Harper Collins. There are 8000 books on there, and their authors read and critique one another's works and the most popular are supposed to rise to the top in accordance with a cunning algorhythm. At the end of month, Harper Collins selects the top five books for review and decides whether or not they are worthy of a publishing deal. None has been awarded in the time I have been involved with the site (four months), I suspect because the books which are the most actively promoted by their authors tend to rise fastest. Which is not to say they have no merit, but they are not necessarily the best of the bunch.

Anyway, what this means is that to avoid plummeting like a stone in the rankings, you have to put in a good few hours every day reading other authors' works and commenting on them. I don't have that kind of time, though there was one chap who spent so long on Authonomy every day that he ended up in hospital with an embolism. That didn't help his ranking, I can tell you! Like him, I have done a fair bit of plummeting lately and yesterday I was piqued by a slightly snippy comment from another author, prompting me to disappear most of yesterday down a black hole of editing and re-editing. I was still unwashed and in my dressing down at 9.30pm - and crucially, SCENTLESS! Mr Bonkers quipped that the house was the better for it, but to me it was the lack of scent rather than the failure to wash or dress that constituted the most flagrant sign of self-neglect. 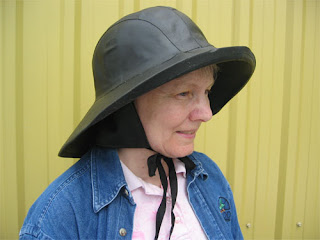 Moreover, I cannot help but wonder whether this dysfunctional day (on all other fronts but my book project) may have prompted a bizarre dream last night.

In this dream someone's mother had just died (no one I knew) and a bunch of other people (whom I didn't know either) were applying a great deal of pressure on me to construct an enormous wreath for this lady out of daffodils. Not only was it to be huge, but in the shape of a sou'wester, owing to some connection the deceased had with the Royal National Lifeboat Institution. I cried, I stamped my foot, and protested tearily that I had no experience with flower arranging on this scale - nothing really beyond plonking a bunch of carnations in a vase, indeed. And though I had owned a Peter Storm mac as a child, I had only the fuzziest of ideas of how a sou'wester was constructed, let alone how to replicate one in daffodils. 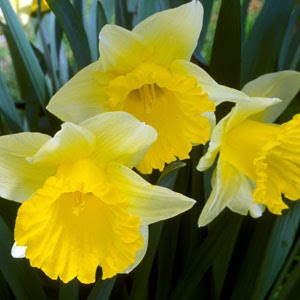 Much has been written about perfume as "therapy", as a mood enhancer, a confidence booster and so on, but I think this story clearly demonstrates a fundamental link between perfume and mental health...
Posted by Vanessa at 09:55

hilarious, and slightly disturbing post. Good luck with authonomy; that sounds like more of a nightmare to me than your actual nightmare. LOL ; )

You are spot on about Authonomy - why, in its associated members' forum, there is a hot thread entitled: "Authonomy - My Therapist's Nightmare!"

I am using the site to gather some constructive criticism - for at position 567, peddling a niche work of non-fiction rather than the next Stephen King or Dean Koontz - I am under no illusions about my chances of reaching one of the top five spots any time soon!

Glad to see your eyes wide open with Authonomy...gladder still that they've provided you with more blog fodder. Wonderful post.

Mackintosh, Charles Rennie. Macintosh, apple. Mac, Big, occasionally a Scot. Unless it was the Beatles singing, and *then* I knew it was for the pouring rain. Alas, I have to dig through all of that to get to "raincoat." And yet I love the name. Except now it has this odd association with...daffodils?

I am the sort who would fear what the presence of perfume might do to my dreams...am generally only comfortable with L'Heure Bleu for a sleeping companion, and that is only occasionally. But I certainly understand how the absence of scent for one who is used to it could affect one's sleep.

So, what does such a person pick to wear in order to restore the regular order of dreamery?

Your tortuous mind is on top form! From "Mac" to "Mackintosh", and thence to "sou'wester" is but a short hop!

I favour Penhaligon's Bluebell and Floris Night Scented Jasmine as bedtime scents, also Armani She White. But I don't consistently wear anything at night - only if my daytime scent has long since disappeared and I fancy ringing the changes.

Oh, my. I love the dream. And I find myself trying to link it to the Authonomy experience. (Reshaping your work...?) But the sou'wester makes my brain run away and demand a doughnut.

Um, making my work proof against a hail of criticism? Making my work a bit more shiny? Waxing more lyrical? There is a lot of yellow in the title already (bananas feature).

And failing that, recourse to the doughnut, yes...