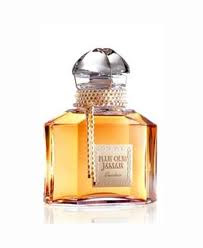 I have yet to write the final instalment of the scented aspects of my Californian trip - at least I hope it is the final instalment, and I bet you do too! - but meanwhile I have just learnt officially of the sad demise of Guerlain Plus Que Jamais, and felt moved to write about that. Plus Que Jamais was the closest approximation to my Holy Grail Scent, and yet it is one I did not own. This is partly down to the extortionate retail price of knocking on for 300 euro for a 60ml bottle of the EDP, but may partly also have been an unconscious protest at Guerlain's absurd distribution policy. For you could buy Plus Que Jamais, along with other scents in the Exclusives line, in Paris and Montreal, but not in the UK. I have already vented my spleen about this in a previous post.

In my view, this latest news of the axing of Plus Que Jamais - to be known henceforward as "Plus Jamais" ("never more") - only confirms the folly of Guerlain's distribution policy. For I firmly believe that this scent, which had a foot in the both the vintage and modern Guerlain camps, as I mention in my other post about it, could have been a much bigger success.

"It has the trademark powdery trail of a classic Guerlain, but not cranked up to the max as with the sneezefest that is L'Heure Bleue. This is Guerlinade for the 21st century, which I would place in complexity somewhere between the behemoths of Mitsouko, L'Heure Bleue and Shalimar, and the rosy musk crowd-pleaser that is Idylle." 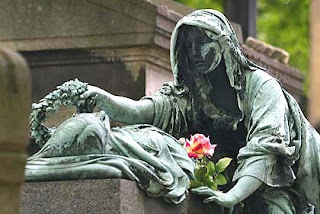 And I am not alone in thinking this - Marina of Perfumesmellingthings is another fan who believes Guerlain missed a major marketing opportunity with PQJ - see her full review here.

"Plus Que Jamais is the kind of scent, which, were Guerlain to release it for wide distribution alongside L’Instant and Insolence, could have become their biggest modern bestseller. There is nothing about it that 'an average customer' would not understand or like."

As well as opening up the distribution channels, they would probably have needed to bring the price point more within reach of the average customer to have truly kickstarted sales (and I am assuming of course that it IS lack of sales which has prompted the decision to discontinue PQJ). And maybe they couldn't have done that without compromising quality. But the other great classics like Mitsouko et al are all much more affordable ml for ml. So I don't know. But I do know that I am sad that Plus Que Jamais is no more, and I think Guerlain shot themselves in the foot there.

I should also give credit to my informant, my sister-in-law, Hazel, who was over in Paris last week, and whom I dispatched on a reconnaissance mission to Guerlain HQ. As well as finding out the current status on PQJ, she was also charged with the delicate task of tackling Guerlain staff about their non-commercialisation policy for 180 Ans de Création. Developed to commemorate 180 years of Guerlain scents, it is not unlike an innocuous version of Shalimar, which is probably why it appeals so much to me, the Queen of Bland and All Things Middle-Of-The-Road. This fragrance was never intended as a commercial release, but was given away to industry insiders and selected loyal customers. But some of us outsiders who have managed to get our hands on a small decant of it (thanks, lovethescents!) are disappointed at that decision too. 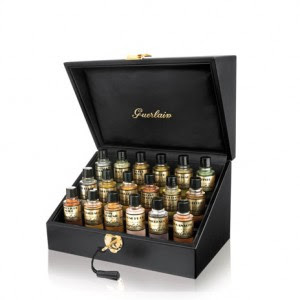 Interestingly, the sales assistant to whom my sister-in-law posed the question, was unaware of a scent called 180 Ans de Création, and pointed her instead in the direction of a boxed set, containing what Hazel described as a collection of Guerlain's "greatest hits". If it is the one pictured here, which retails in the US for a staggering $3,750 a pop, I think it may not be long before this release too is quietly withdrawn...

But going back to Plus Que Jamais, I think those who love it as much as I do should get together and lobby for its reinstatement. Not so much a case of "Guerlainade" as a call to arms for urgent Guerlain-AID.


Photo of Plus Que Jamais from fragrantica.com, photo of Père-Lachaise cemetry from theage.com.au, photo of Guerlain's commemorative scent collection from bergdorfgoodman.com
Posted by Vanessa at 13:56

The sublime Attrape-Coeur is discontinued too. Insanity!

180 Ans...speaking of Attrape-Coeur, I actually get a hint of A-C in 180 Ans...which doubles my sadness at either of them being gone. I may wish to stick my head in the sand when it comes to Plus Que Jamais; one can only take so much heartbreak at a time...

Sorry to learn of your other loss. Are you quite sure A-C hasn't just been renamed again? ; - )

Now if we aren't feeling emotionally robust enough to form a pressure group, we could always start a self-help group instead. We could bring in our remaining tiny decants of these two scents, and have a little squirt and a good cry and a cup of tea. And we'd make sure there is some chocolate on hand for the truly bereft and desolate.

I'm sorry. I had a more intelligent response, but then I saw the photograph of the Coffret of Budget-Breaking Doom, and found myself wrestling a lemming the size of a grizzly bear.

Hahaha! Yes, that grand-pere of coffrets makes those expensive (but allegedly duty free) ones with five Dior minis suddenly look like a steal!

Though personally I would rather spend my impulse airport money on a golden girder of Toblerone.

Well said Vanessa , you know what I think about the insane distribution policy!

I was thinking how I never even tried this and then you mentioned the price and exclusivity and everything became clear.
This all seems like they are purposefully estranging their customers.

Do Guerlain not actually *need* money any more? Perhaps they have found a higher way of doing business that does away with grubby cash from the likes of us, and are trading instead on good-will and schmoozing from glossy insiders? I really don't get it, but I completely get why you love Plus Que Jamais.

Yes, we are as one on this issue and it is a drum I have been banging for some time now, with no change in sight. Your recent post and my sister-in-law's visit to Guerlain provoked me into having another pop at them!
http://ruperteverettrosesandyarn.blogspot.com/2011/01/rose-barbare-so-why-excusive.html

Perhaps the UK "chapter" of our self-help group could be located at a half way point between us - a service station on the M40, say. If they have them, that is.

"Purposefully estranging" is about the size of it. Or "cocking a snook" as we also say!

Re "goodwill and schmoozing from glossy insiders" - love it!!

I had no idea PQJ was being d/c'd. It's sad and strange....time to start hoarding!

There's a sad arrogance to Guerlain, isn't there? It's more than niche, it's pretentious to not allow 'commoners' to enjoy 180 Ans

Sorry about your blogger bother, but your persistence paid off!

Guerlain's marketing is a mystery to me, and the range available in our department stores strikes me as a poor selection compared to what they make overall. But maybe they think the public at large - which arguably isn't us - wouldn't appreciate the others.

I like Plus Que Jamais almost as much as I do Attrape Coeur. Both are classic and beautiful. I got one of the last 2 bottles in the US of AC about a year ago. I liked PQJ on its own, but liked L'instant Magie topped with Nahema...I don't think I can find any now, I heard Nahema may be on its way out, too. Any confirmation on that?

Well done on your AC coup! Sorry - am not up to speed on the situation with those two other scents you mention. Saying that, I think I have seen Nahema in store fairly recently in Europe at least. Your best bet would be to give one of the US Guerlain boutiques a call and get it from the horse's mouth.

I am one of those idiots who has tried to find a bottle of Plus Que Jamais from anywhere in the world..I live in the Netherlands and I have phoned from the USA to Paris, and from Japan to Dubai...but everywhere the answer was no!! I think I have no choice then make myself happy with a decant from The Perfumed Court :-( fortunately I do own Atrape Coeur, Quand vient la pluie and Secrets de Sophie..

So if anyone wants to swap a decant of PQJ for one of the above mentioned Guerlains it would make me the happiest girl on this planet :-)

Thanks for dropping in to vent your frustration at the demise of this lovely scent! : - (

I made inquiries of three Guerlain boutiques in Paris in December, and all I learnt was that they axed it because of the non-availability of some ingredient that is now banned.

Will keep my ear to the ground for us both, and report back if I get a lucky break!