My Funny Valentine's Days, And Rose Scents For Rebels & Singletons 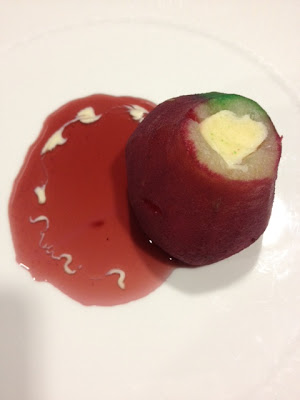 For the longest time, I used to receive two cards on Valentine's Day: one from Mr Bonkers and one from the cat. Then last year I left Mr Bonkers and put the cat to sleep, so realistically I have only myself to blame for the conspicuous lack of cards this year.

Historically, I have always been pretty into Valentine's Day as a celebration - well, more on the card sending than the dining in overpriced restaurants front to be fair. Indeed, I am not sure that a boyfriend has ever taken me out for a meal on Valentine's Day itself. And if they had volunteered, I would probably have told them to save their money. Same script with flowers really. Mr Bonkers did once send me roses on the day - in 1996 it was. He was in Switzerland at the time, playing with a blues band in one of the classier ski resorts. What he didn't know, however, was that I wasn't around to receive them, because on a whim I had decided to surprise him by flying out to join him for the Valentine's weekend. This involved one terrifyingly bumpy plane that nearly didn't take off at all - on which the stewardesses remained strapped to their seats throughout the journey - followed by three trains, before I toiled the final mile or so up a steep hill in a blizzard. I must have looked like Scott of the Antarctic crossed with a yeti when I finally walked into the foyer of Mr B's hotel on the Friday afternoon, dripping and covered in snowflakes. I explained who I was to the receptionist, who lured Mr B down from his room by saying that a fax had arrived for him ... (How impossibly quaint that sounds now!). I guess that as someone who likes to write, Valentine's cards have been a constant theme of my romantic past.   When I was about 13 I wrote a love poem in Latin, and sent it in a card to a boy I had met on holiday the previous year - I may even have signed it.  Not surprisingly, I never heard from him again.

Other odd Valentine's Days I recall include the one where I had just had all my wisdom teeth out: I was so beaten up-looking, with a black eye, sundry other bruises and a beak like a budgerigar, that my BF walked straight past the bed and out of the ward, never to return. I was so unrecognisable he thought he'd got the wrong hospital.  For some reason he never thought to check. 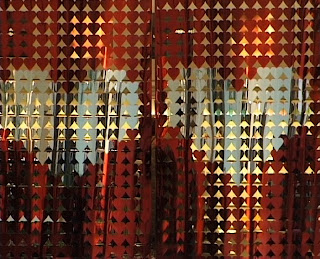 But what of today? Well, I think I shall keep my head down and ride out the annual onslaught of rose petal-bedecked tablecloths, tasteless teddies and saccharine greetings.   I shan't be taking up the special offer at my local Indian, for example, even though the headline price of £12.95 for four courses caught my eye. Though hold on a minute - since when has rice or nan constituted "a course"? 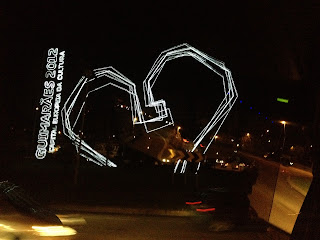 Another Valentine's advert that made me smile was from a breakdown cover company, entitled: "Use your car as part of the romantic day". Apparently the way to a woman's heart is through a full tank of fuel and a dusted dashboard.

"For the best chance of charming your partner this Valentine's Day, GEM advises on beginning under the bonnet". (I think they are still speaking of the car at this point.)

"They say love is blind, but make sure visibility is 100% when it comes to the car windows."

Other tips for romancing your loved one include:

"Make sure oil and washer fluid levels are topped up"

"Clear out clutter from the interior"

"Add sweet smelling air freshener" (not sure about this one, or only under strict supervision) 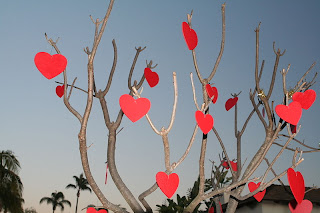 The article concludes with a flourish:

"Offering a pleasant and romantic environment from the very start could mean the beginning of a beautiful journey together, rather than the end of the road for you and your partner".

Well, it is food for thought. Perhaps romance IS found after all in an empty ashtray and a hoovered floor mat.

Which rather long and rambling preamble brings me finally to my own scent choice for Valentine's Day. For a singleton like me with a bit of a rebellious streak it should combine a nod towards convention (so rose to the fore), but with a hint of mischief. I think the sprightly and spiky L'Artisan Safran Troublant might hit the spot, or Juliette Has A Gun Lady Vengeance - if I hadn't given away my sample. Or maybe Agent Provocateur Strip with its unexpected geranium note, though the name is a little tacky. Kenzo Amour Indian Holi is another contender - it is girly and flirty with lashings of pepper, just the way I like it. Or its darker patch-fest cousin, Flower Oriental. Or I could simply default to one of my favourite offbeat gourmand roses, Brulure de Rose, thereby covering off the traditional chocolate note associated with such occasions... : - )  Now I am sure there are way more kickass "rebel rose"-type perfumes out there than I have suggested, but as regular readers know, I mainly like accessible, fairly mimsy scents, so there was always going to have to be a bit of stylistic compromise here! 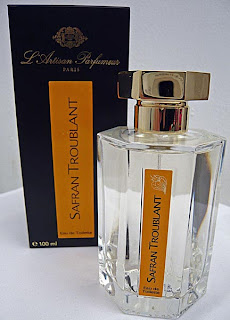 What scent are you going with today, and does it reflect your own take on the whole Valentine's Day shebang...which is what?

Did you ever pull a romantic Valentine's Day stunt like my Swiss escapade?

And I would be curious to learn if anyone has actually received a Valentine's gift of perfume. That would be the very ticket... and with any luck, something to keep in your nice clean glove compartment... ; - )


Photos of hearts on a blue and white background, metallic hearts and hearts on trees from Wikimedia Commons via Renata Kincaid, Hans Jorn Storgaard Andersen and johntex respectively, photo of L'Artisan Safran Troublant from rougecoromandel.ch, photo of dessert and of light display in Portugal my own
Posted by Vanessa at 01:11

Vanessa, what an amazing story and (this part - as usually) a delightful post! Thank you!

For me St.Valentine's Day usually means a quiet romantic dinner at home. I do not mind flowers but I refuse to be in a coupled crowd: as much as I like the holiday itself and enjoy public celebrations of the other holidays this one feels unnatural in public.

I don't remember any perfumed gifts for this day ever - which isn't a bad thing :)

What a lovely post and what a lovely girlfriend your were to trek all that way to surprise Mr B. I hope he was suitably impressed!

I have no Valentine's memories but I don't dislike the day. I'm wearing Une Rose to mark it, which I wouldn't call a mimsy rose so that's OK!

What did you pick as your Sotd in the end?

Forgot to say how much I enjoyed the car company's Valentine's advert!

Thanks! I agree with you about the quiet dinner at home rather than in a "coupled crowd" - my issue with Valentine's Day is mainly to do with excessive commercialisation rather than romantic gestures per se. I wouldn't like my OH to pay inflated prices for the flowers but I do also love flowers myself, and may buy myself some when the hullaballo has abated and prices returned to normal. : - )

I did go with Safran Troublant, and it is a nice blend of rosy and spiky.

I particularly need spiky at the moment, as I was up till 3am battling spammers who overran this blog post right after I put it up at 1am. I am pretty sure it was to do with my having downloaded Google Chrome - together with some kind of ad factory "extension".

Would you believe I have not tried Une Rose, but it sounds a perfect choice for you.

I am relieved to say that Mr B was happy to see me, and impressed at my initiative. One or two of his fellow band members said how they would have been totally freaked out if their wives or GFs had pulled a similar stunt, for reasons you may readily infer...

Yes, that car ad was a delight, wasn't it? I may put up bits on FB, as only a small number of my friends would come across it here.

I have never been a fan of Valentine's Day, though the Moth has, on occasion, presented me with lovely little gifts. Your trip to see Mr. B is straight out of a movie!!

I think this started in grade school, when you (or should I say your parents) would purchase those little cards . We had to give a card to everyone in the class - which seemed silly to me since I didn't like everyone in the class. But the nuns tried to be fair. Isn't that funny that at a Catholic school we did that?

It was a very scary movie, haha, on account of the turbulence - that flight was one of only a very few to brave the weather that day, so my madcap idea could so easily have gone disastrously wrong.

Giving cards to everyone is a bit indiscriminate, I agree, and sounds rather like the rules of Cake Club, that I am a sometime member of. There the rule is that you praise everyone's cake and ask for the recipe, regardless of whether you have any desire to make it!

I jus love yout article... really a delight to read this post. I have the same preferances like a quiet dinner at home rather then go out in such crowded places just to be there ...