Bonkers has clocked up a million hits! 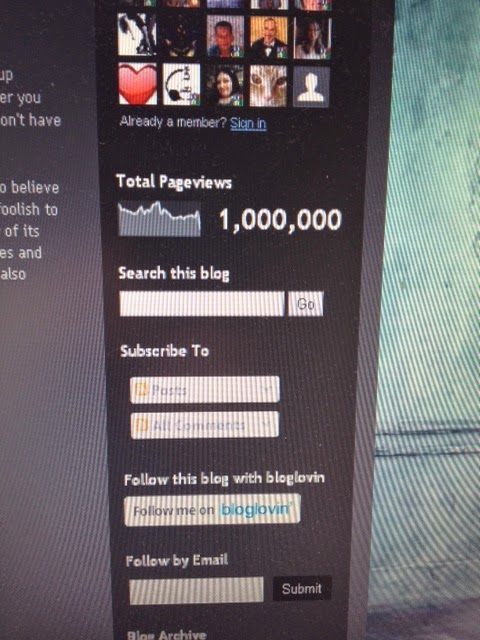 I was on the phone to Vodafone just now, querying some WAP charges on my phone bill, when I spotted that my blog was only four page views off a million! I had realised over the weekend that this was imminent, and wanted to be around to photograph the moment when the counter clicked through into a number with lots of noughts - just as my brother and I used to eagerly anticipate the odometer in the family car reaching each milestone (quite literally!) of 20,000, 30,000 miles etc. Probably more, as we always had rather second hand cars growing up.

Anyway, it has only taken five and a half years to get to this point** ;), but it feels quite momentous all the same, possibly because of the fact that - so far! - I have been the only writer on Bonkers. And coincidentally, my 500th post was only the other day, which also felt like another milestone.

So I took a wee look at my stats out of interest, and wasn't surprised to learn that one in six of all the hits I have ever received has been on a post about Lidl's range of perfumes! Just on their own, the two posts I wrote on the Coco Mademoiselle dupe, Suddenly Madame Glamour, account for about 1 in 9 of all hits, ie 113,610 between them. The only other post to have notched up a serious amount of page views is one I wrote on a retinol cream, Indeed Labs Retinol Reface, which came in at 23,131. I wasn't expecting that piece to have had so many readers, as there are many noted beauty blogs out there you would think people would find before me. But such are the vagaries of Google!

I will be back shortly with a review of a new perfume that came to my attention recently, from a house that seems refreshingly quirky and trend-bucking in every way...

And meanwhile, it remains to thank everyone who has been reading Bonkers on whatever frequency - including the many thousands of people who landed here by mistake ;) - for taking this tally to its nought-intensive total today! I may well host a giveaway soon to mark this occasion...

**Editor's note - I didn't actually install the Google statcounter until quite some time after I started the blog - I don't recall exactly when, possibly even a couple of years later, when Bonkers was still very small anyway. I was hoping it might manage to pick up past hits retrospectively, what with Blogger being part of Google, but I never figured out whether it had or not, because I forgot to look at the stats until much later, by which time you could no longer tell if this was a complete count or not. So I just accepted its tally as being my total hits, whether from the start or whenever. A bit like a child not being two till it's four, type of thing. Bonkers being Bonkers, you could say that such statistical oddities are no less than you would expect. 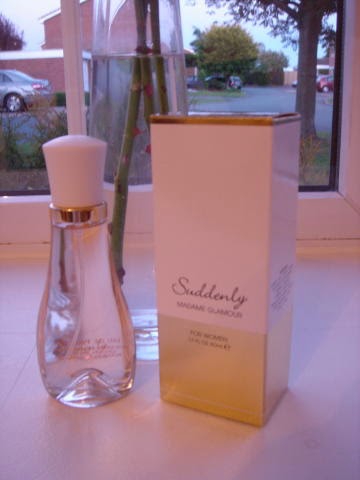 Congratulations on reaching this "nought intensive" milestone V! Glad you managed to capture the exact moment for posterity (and us).

Looking forward to the trend-bucking review.

Congratulations Vanessa!!! I'll be doing my best to get you to the next million! xox

Thanks very much - I was really glad I caught the moment, which took a bit of stalking this morning, it must be said. ;)

Cheers, Gil! And thanks for championing Bonkers on Nosegasm - it's much appreciated.

I'm impressed not as much by the first million as by the current counter reading :) You are popular! :)

Congratulations! Let's see how many visits you'll be able to ramp up in the next 5 years/500 posts.

Oh yes, nearly 700 more page views at the time of writing! I will do my best to keep going, and thanks for all your support.

Woohoo! Congrats on the first million :-)

Thanks, Sally! Hope you are doing okay. x

What a great achievement, along with your 500th post! And I see you're still holding within the top 100 in the Beauty Trends rating :-)

I hope you will keep sharing your unique perspective for a long time to come.

You are very kind. Funny how they have come at almost the same time too.

Thanks so much for your kind comments - and yes, I am in that beauty ranking by the (reasonably well hydrated) skin of my teeth. ;)

I am glad you enjoyed the band tour posts - I felt they might be quite polarising, but it meant a lot to me to record the fun and games.

Very interesting to read what posts got most hits. I still prefer those travel posts and the different perfume posts with perfumes other than the Lidl stuff (Lidl gave up after a few years in Norway). I do read most posts, just do not always feel like commenting.

Good to hear from you and to learn what kinds of posts you enjoy. I appreciate your reading Bonkers as much as you do, and hope I can keep coming up with topics of interest.

Congratulations. That's quite the milestone; but you're there for good reason. Keep up the work...2 million will come before you know it! xoxoxoxo

I'm only familiar with Lidl through your blog! That being said, the unfussiness of an inexpensive brand makes it nicer than wearing something that feels like not just an event, but an EVENT. Or this could simply be speaking volumes about my own laziness.

Congratulations on your milestone! Considering how many bloggers quit well before that time, it's quite an accomplishment, and is very telling of your hard work.

Very kind of you to say so, Steve! I will keep on writing and see what happens. ;) xx

Good to 'see' you again, and thanks for your kind comments. Happy to have introduced you to Lidl. ;) There are a lot of 'EVENT' perfumes, aren't there? I spotted quite a number in the Salon de Parfums at Harrods today.