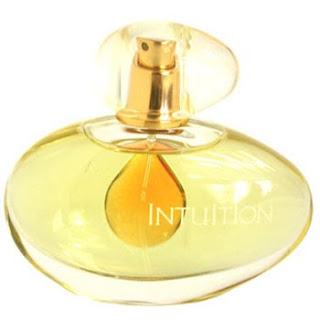 You don't read much on the perfume boards about Estee Lauder Intuition. I am not sure I have ever seen it listed as someone's SOTD, nor have I come across a person wearing it, heard of anyone receiving it as a gift, or wanting to. You don't hear it cited as people's top lemming, and I doubt whether you can order a sample at The Perfumed Court. Just checked - you can't. My next door neighbour owns a bottle, but these days she favours Chanel Chance and Coco Mlle.

But I have a significant connection with this scent, for it is the only one I owned between the time of its UK launch in 2001 and my being struck down with "sudden onset perfume mania" in January 2008. I don't know exactly how or where I came to buy Intuition, but I shall take a flying leap and say that it could have been in a duty free shop in Lanzarote, where we holidayed that year. The fact that I don't remember anything about the circumstances of its purchase tells you all you need to know about my near indifference to perfume until comparatively recently.

I also have next to no memories of actually applying this scent, which doubtless explains why it was 98% full eight years after purchase. I probably wore it on a handful of special occasions that are now lost in the mists of time. Once perfume mania had taken hold, I was quick to have another sniff of it to remind myself what this haphazardly acquired "signature scent" actually smelt like. Only to find that the juice had gone off - not surprisingly, given its twin habitats of sunny bedroom windowsill and en suite bathroom. The dark amber liquid was a dead giveaway, had I known its significance at the time.

So, not long into my new hobby, I decided I should replace the bottle, as a tribute to the fragrance that connects the old "normal" - or some might say "sub-normal" - me with the current "abnormal", bonkers about perfume person I had abruptly become. I got a bargain on Ebay for about £15 and vowed to take greater care of it in future.

Any readers who have not tried Intuition may be curious to know a bit more about it. Classed as a "vanilla oriental" on Osmoz, it was created by Alberto Morillas, and the notes are as follows: 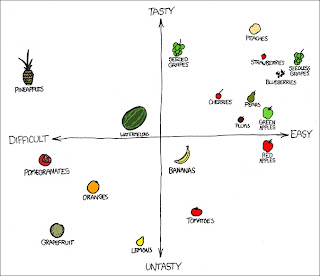 I would liken it a little to the original Stella in terms of overall "vibe". Though Intuition has rose and amber like Stella, it is not noticeably rosy by comparison, grapefruit and citrus generally being the dominant characteristics both in the opening and for a large part of its development (though, not liking grapefruit as a food or drink, I may be picking up on the note more than anyone else would). Stella is more obviously feminine and sweet in its rosiness, but both scents have the same warm, powdery, amber base and a similar level of projection. By "powdery", I don't mean the sort of powder as you get in a classic Guerlain, but rather the modern, synthetic equivalent that stays just the right side of "furry", and which could be best summed up as "fuzzy". Some of Morillas' best work (ie scents of his that I particularly rate!) is also on the fuzzy side of things eg Bvlgari Omnia Crystalline, Armani White for Women, Armani Sensi and Kenzo Flower Oriental. 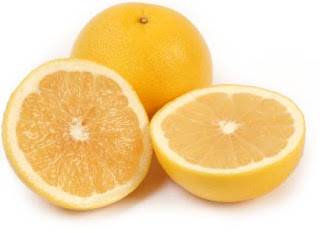 Going back to the comparison with Stella, I much prefer Intuition, but only when it mutes down into the drydown after about three hours - before that I still get too much grapefruit.

Here is one of the rare mentions of Intuition in a blog site review (The Scented Salamander). Mimifroufrou is actually writing about Amber Ylang Ylang, but at one point draws an interesting comparison between the Private Collection scent and Intuition:

"It (AYY) has the same soft, understated ambery aura. But where the diffusion of Intuition seems very calculated and is a veritable technical achievement in the art of the discreet sexy sillage, Amber Ylang Ylang is simpler in its aim to warm you and make you feel comfortable with just a suggestion of golden-skinned Mata-Hari, albeit safely held captive in between the leaves of a good adventures book." 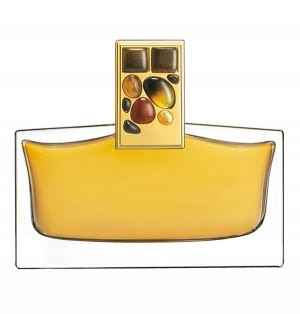 I would agree that Intuition is sexier than AYY - and Stella, for that matter - as long as you have got well past the grapefruit business. I have to say that I am only dimly aware of the presence of the heart notes, even though you would think gardenia and freesia might register. I'll bet they are acting as a floral buffer between the citrus top and amber base, absorbing some of the hesperidic sharpness, but the overall effect is so blurry that I really cannot single out any flowers at all.

So would I wear Intuition now on a big night out? Almost certainly not, though it is a perfectly pleasant (grapefruit gripe aside), slightly sultry designer scent that used to fit that bill in the past, before I discovered "the drunkenness of things being various". And not only various, but in many cases, better.

But Intuition will always hold a special place in my collection - as a "missing link". Wikipedia gets to the heart of the matter:

"Transitional fossils (popularly termed missing links) are the fossilized remains of intermediary forms of life that illustrate an evolutionary transition. They can be identified by their retention of certain primitive (plesiomorphic) traits in comparison with their more derived relatives, as they are defined in the study of cladistics." 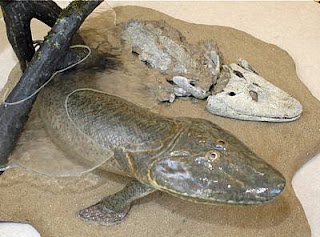 In a sense, my original bottle was a sort of "fossilized remains" - it was rancid, certainly - and I am sure you could have stood a spoon up in it. Moreover, it definitely "illustrates an evolutionary transition" in terms of my appreciation of scent, in the sense that I was on the cusp of a epiphany. And it is characterised by "certain primitive traits" (fuzziness! prominent grapefruit!) in comparison with its "more derived relatives", such as Guerlain's Plus Que Jamais, a superior floral oriental of more recent vintage. Okay, so I may be using "relative" in the loosest sense possible.

And I haven't studied cladistics either, come to that, but intuitively I know I am on to something here...
Posted by Vanessa at 20:16

I cannot, for the life of me, remember what this smells like. I do remember, years ago before my own perfume mania, noticing a lovely smell on a colleague. I also remember her telling me it was Intuition. That's it. That was the beginning of a potential relationship, and for some reason, I didn't go any further.

Next time I'm in the department store, I'll try it on.

One of my 'breakthrough' fragrances, I have several, was Dior Tendre Poison. I recently acquired a few samples to have for nostalgic purposes. Isn't it wonderful to breathe in the past and the memories? :-)

Hey, LTS, do give Intuition a whirl, especially if you have more of a tolerance than me for astringent fruit!

How interesting about your relationship with Tendre Poison... That was also Farah's "breakthrough" fragrance I believe - or one that like me she wore for a long time in her pre-perfumista days. And it is indeed great to be able to breathe in the past via scents from other eras in our life.

Ok. So, you have figured out how to put pix in throughout the text, and now you are using it to wicked effect!! Where, oh where, did you get that *fetching* fruit chart? (Tell me you drew it up yourself...!) And now you have images to bring your notions of fossilization to life-- you are dangerous, my friend!

As for the scent, you schooled me today-- yet another I had never heard wind of. But a great, fun posting, nonetheless.

The fruit chart is from google images (like everything else!) I just put in "grapefruit" and hey presto... I probably should have asked permission first - I am not clear on the groundrules here, having only just mastered inter-textual picture insertion as you can see!

Your distinction between classic powders and modern ones has stayed with me as an idea, but I confess I don't know the difference. ("Fuzzy" is good, though...) I guess I have some more sniffing to do...

"Fuzzy" is the best I can do for modern scents - with a Guerlain you can almost feel the individual granules of powder in your nose - real powder, like talc - as opposed to what I can only describe as "bottled fog" or a kind of "crystallized rain".

I like 'fuzzy'; definitely works for me as a descriptor. And Intuition is one I've never tried, but will this week, as I'm a sucker for a good citrus and I love the base of AYY.

Hi there,
I re-bought Flower Oriental on the ferry coming home - at £43.50 it seemed like a bargain compared to the Swiss price of 90+ SFR. I clearly am a bit of a Morillas fan on the QT.
If you do like Intuition, I can keep you supplied with (fresh!) product. : - )

You don't read much on the perfume boards about Estee Lauder Intuition. I am not sure I have ever seen it listed as someone's SOTD, nor have ... pesteelauder.blogspot.de