Guerlain "Moins Que Jamais" And The Benefits Of Maceration? 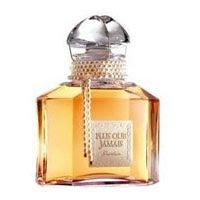 If I had to answer that sudden death, old chestnut of a question: "What is your Holy Grail Scent?", Guerlain Plus que Jamais would be it. Created in 2005, PQJ is a sensuous floral oriental with citrus, ylang-ylang and vanilla. It has the trademark powdery trail of a classic Guerlain, but not cranked up to the max as with the sneezefest that is L'Heure Bleue. This is Guerlinade for the 21st century, which I would place in complexity somewhere between the behemoths of Mitsouko, L'Heure Bleue and Shalimar, and the rosy musk crowd-pleaser that is Idylle. Here are the notes: 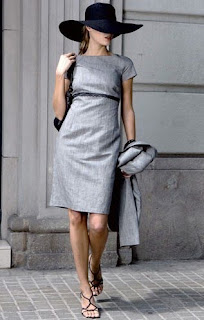 Totally smitten by this elegant and feminine fragrance (which only suits the aspirational me, I should point out, not the everyday scuzzy me in cat hair-beflecked cords and pilled sweaters!), I bought a 15ml decant of it from a seller on Scent Splits in July 2009. The decant smelt very thin and sheer, not as rich/powdery/sweet as what I know of PQJ from decants and testers I have tried in the past, never having owned a FB myself. The juice frankly smelt diluted, yet still recognisably of PQJ, or PQJ given a modern treatment with most of the Guerlinade stripped out to accommodate contemporary tastes.

So first of all I contacted the seller, who agreed that she had once smelt a different batch that was a bit deeper in intensity, but she just assumed that this is how it is these days and didn't think it a big deal, whereas I was feeling distinctly disappointed and shortchanged.

Anyway, I followed the chain up to the bottle owner, who initially - quite understandably - seemed a bit piqued that I had challenged the quality of her bottle or was implying that she had doctored it in any way (which I wasn't, though the thought inevitably crosses your mind). She told me where she had bought her bottle - it was the first time she had ever smelt the scent, so unlike me she had no point of comparison and thought it pleasant enough. 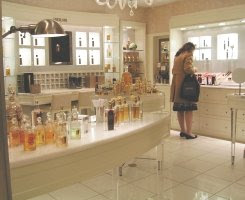 I then contacted the SA at the store in New York, explained who I was and how I was not the bottle owner, but had come by a portion of it, which I felt was not a true representation of the scent. So I sent him samples from my decant from the bottle bought at his store and a Perfumed Court sample that smelt just wonderful - which I later learnt was also bought at his store, just months previously!

The SA tested them both and agreed that the sample from the 15ml decant was inferior on all the aspects I had flagged up, also on longevity.

So the next step was to mail the bottle owner with samples of what I had from her bottle (as a control and to check nothing untoward had happened to it before it reached me, like the postal service keeping it in a depot at 100 degrees or whatever!), plus a sample from the Perfumed Court bottle bought at that same store, and a third sample from an extra of PQJ I got in a swap that also smelt like the second one, ie just lovely!

On testing the samples, the owner was surprised at the marked differences and could now see why I was determined to pursue this quality issue. So when she was next in New York she popped back to the store where the SA was up to speed with the saga and replaced her bottle without a quibble. And at the end of October I received replacement product from the owner. 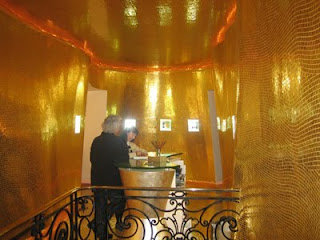 So looking back, what might have been up with the bottle? The SA agreed that it smelt different, without going quite as far as to state that there was something technically amiss with this batch of the scent. And he did point out that he had received no other complaints from customers who had bought a bottle around the same time. Ah, but hold on, just as my bottle owner had never smelt PQJ before, how many purchasers of any scent have smelt other versions before? The answer is probably a high proportion of perfumistas and a low proportion of the general public, especially when you factor in husbands buying scent for their wives or other gift scenarios. And the fact that PQJ is not available in every mall. In fact it is barely in stores at all! Nowhere in Britain, anyway...

Then the SA also drew my attention quite rightly to the fact that with a fragrance high in natural ingredients some variation is to be expected, however, as I put it to him, at what point does a perfume not smell sufficiently like itself to be considered commercially acceptable? But whatever his private view on the matter, customer service prevailed, for which I owe him a huge thank you!

A big thank you is also due to Lovethescents. For before sending the SA in NYC samples A and B for his evaluation, I carried out a mini-poll on the differences between the two to check it wasn't all in my head. Eight people agreed with me in blind tests, four of whom were beauty industry professionals. Two of these were Guerlain staff in Canada, with Lovethescents acting as my go-between to carry out a "dummy run" of approaching Guerlain staff about the issue, armed with yet another set of samples! And four test subjects were ordinary members of the public.

I should also mention that I checked out the reformulation angle with Guerlain HQ in Paris, and compared bottle formats and strengths (A and B were both bee bottles and EDP - bought within months of each other as I mentioned), so there was no possibility of pinning the blame on a relaunch. 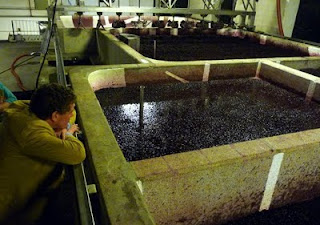 A chance conversation with a Guerlain SA in London (at a store stocking the Export lines, but not the Exclusive range to which PQJ belongs) may have shed light on the mystery. The SA had visited Guerlain's production facility outside Paris, and speculated that my bottle might have come from a batch that was not macerated for the requisite time. She reckoned this could account for its weak, thin consistency, just as a very young wine lacks the depth and character of one that has been aged for its full term. In short, maceration is the key to good "body" in a perfume. It is only a hypothesis, but maybe for whatever reason this scent may have been untimely ripped from its macerating equipment before it had steeped and soaked and mulched and infused and wallowed and luxuriated and generally lounged around sufficiently. 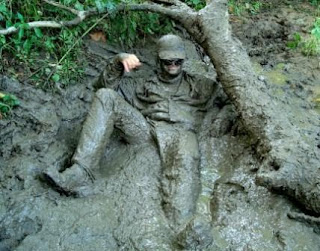 I guess any scent would turn out a bit peaky and wan if it hadn't been allowed to macerate properly...

Seriously, after speaking to this lady, I had to know in more detail what maceration was exactly, and the answer seems to be a "warm fatty version" of enfleurage: 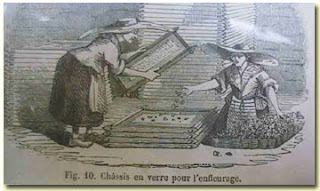 "During enfleurage, flowers are spread on glass sheets coated with grease. The glass sheets are placed between wooden frames in tiers. Then the flowers are removed by hand and changed until the grease has absorbed their fragrance.

Maceration is similar to enfleurage except that warmed fats are used to soak up the flower smell. As in solvent extraction, the grease and fats are dissolved in alcohol to obtain the essential oils."

And the final twist in the tale is that the owner went and put her new bottle up for sale on the same split site where I bought my original decant. Which I initially thought was a shame, given the lengths I had gone to to get hold of the real McCoy for us both. But then again ignorance is bliss, and if it wasn't for me the owner would never have known there was anything the matter with her fragrance and she might still be enjoying the weaker version to this day. So in a way I spoilt things for her, possibly irrevocably, for which - if true - I am very sorry.
Posted by Vanessa at 20:56

That was such an ordeal and you handled it beautifully. I don't know anyone who would have gone to the lengths that you did to get to the 'bottom' of things. It is a shame that Initial Seller chucked the real deal; she might have just flogged it to you after everything you went through!

Thanks, Lovethescents - and I am grateful to you for the key role you played in the trials with your local Guerlain staff, which gave me the confidence to approach the actual retail outlet where the bottle was purchased!

You've done yeoman duty for any scent consumer, FS! I applaud you.

I am forever going to have a mudbath visual attached to the word "macerate"... That makes me happy.