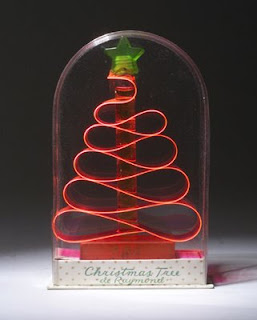 My mother used to say that Christmas is only one day, though to look at my shopping trolley - or trolleys, as I went on three separate expeditions yesterday to Asda, Asda again and Tesco - you would think I was laying in enough food for the Siege of Leningrad, a nuclear winter...or a very long caravan holiday, certainly. Instead of which it is pretty mild weather here at the moment and the supermarkets are all open again on Boxing Day.

But in my defence I have been away three weeks out of the last four, so the cupboard truly was bare. If a recipe calls for "fresh thyme" I am hardly going to have that in - a small bag of flour that hadn't already expired 12 months ago would be as far as my pantry staples might run to usually. So I was chuffed to note this year that I do - most remarkably - have a jar of fresh nutmeg, still in date. And a Christmas pudding that we didn't get to last year. My friend Clare said that they last for "years", which is good as she is coming to us and may be eating it...

In past years I have got myself into a right tizz worrying about the correct way to cook the turkey, as the advice on the Interwebs is so very contradictory, from the temperature you cook it at to whether or not to brine, erect a foil tent, stuff it, lay it on its tummy, buy a ready-cooked chicken, give up and have a bag of crisps down the pub instead etc. But after years of angst-ridden experimentation, I think I have got the method more or less down to - not a fine art exactly - but a way that is more likely to work than not, say. Which doesn't meant that I shan't be taking other precautions, like laying in some emergency gravy and an emergency vegetarian alternative in case my nut loaf for the veggie guests is a little "slack".

Well, I guess I ought to sally forth again in search of said gravy (before it is gone!) and some other bits that I couldn't find yesterday, as you do. I always find myself in this headless chicken mode in the run up to Christmas, but I guess it is preferable to being a headless turkey at such a time.

And then I will be posting about the rest of the Paris visit (when I followed in the footsteps of Ines and Asali!), my meeting with Olfactoria and her family in Austria, as well as featuring the usual round up of silly travel-related nonsense, but for now, for anyone who missed it, here is a link to my Christmas post on Cafleurebon last year, a topic of perennial relevance, I sense!

Happy Christmas to everyone in Perfumeland and may all your fragrant gifts be lemmings, not turkeys!

A very merry Christmas to you, V!
I truly admire your cooking efforts. Since ai'm totally hopeless, I managed to delegate all the work to my Mother-in-law. ;)
Have a wonderful time, and don't fret - that turkey will be perfect!

Thanks and the same to you!

Oooh, do enjoy your MIL's cooking while the offer is there. My problem is that that generation has now gone, passing the culinary mantle onto my reluctant and semi-clueless shoulders!

Merry Christmas Vanessa! Hope the day goes smoothly for you and the cooking is as stress free as it can be. The emergency back-up options are an excellent idea.

Mum cooks my Xmas dinner luckily. I just went to the M&S food hall for some extras on Thurs and walked out again, it was so manic. So I admire you doing Tesco and Asda (twice!).

LOL re your walking in and out of M & S! I went there as well this morning for the emergency gravy and back up vegetarian main course and it wasn't too bad in my local store, I am pleased to say...

I have now made the soup starter and the nutty apricot stuffing balls, so I feel reasonably under control for the moment. : - )

Have a lovely Christmas with your family!

I hope you have a wonderful time and there are no food-related disasters of any kind!

Much love from Nigel, Paddington, Rupert and I!

Thanks for the Christmas wishes! I hope your festivities go swimmingly too. Like Aaron, I look forward to reading some colourful tweets from you over the holiday period. : - )

Happy Christmas, Vanessa! I find that the turkey part of the Christmas meal is usually pretty easy. It's all of the side dishes that have to be whipped up hot and ready at the same time that drives me, well ... bonkers. :)

Enjoy being home for a while. I'm sure your holiday dinner will be great!

Happy Christmas to you too! Funnily enough, I woke up this morning and had the exact same thought... I have produced a decent bird the last two years, but when it is out and resting, the chaos truly begins. Hot plates are also key - I fell down there a bit last year. Yes, so much of the meal is about timing and oven logistics!

Have a great day yourself when it begins. : - )

I hope it all went well, V: now, what to do with the leftovers??

Thanks for your lovely comment, and my amazing present!

Merry Christmas! I am plotting what to do with the leftovers as we speak. There is only so much turkey even Charlie Bonkers can put away... ; - )

PS Next time I am up at Sibling Bonkers Towers - probably at some point in 2012 - I will give you a shout, as I would love to meet up if you were about. Happy Hogmanay to you when it comes!

And the same to you! I note that you went back to work today as well. Feels kind of virtuous, working between Christmas and New Year. When I *am* actually working, that is...! : - )