A Tale Of Four Perfumes: The New, The Used!, The Irrevocably Altered, And The Product Of A Fevered Imagination

One of my favourite new releases so far this year is the new Madonna scent, Truth or Dare. I am have written about it recently, and am indebted to Katie Puckrik and The Candy Perfume Boy for keeping me topped up with generous "smadges" of Madge's scent. In that post I expressed reservations about the bottle design, which to my mind comes off as a little plasticky, and reminds me of a white "toy" altar my father bought when I was little - for himself, I should point out. It was a bit like the one in the photo, but on a smaller scale. (The actual item from my childhood proved impossible to find in Google images, which I take to be a sign of the secular times we live in!) 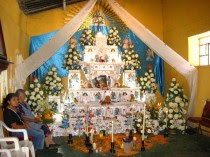 Then, out of nowhere, I was looking at my cheap slip-on iPhone holder and it suddenly reminded me of something...(bell is borrowed from an as yet uneaten Easter bunny). 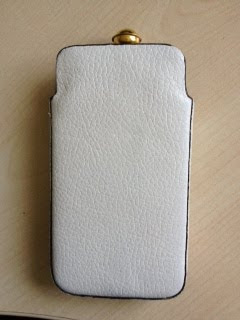 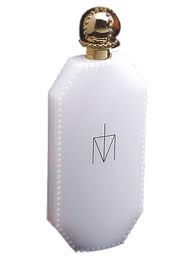 And here is a photo of the bell donor bunny himself. 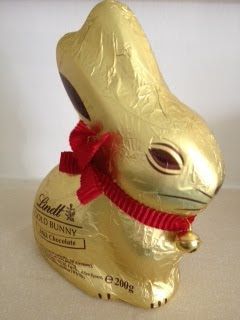 One of my earliest posts on Bonkers concerns the citrussy chypre that is the sadly discontinued Jasper Conran Woman. I described it as a "Four Star Sleeper", a reference to its rating in Perfumes: The Guide. Then yesterday I posted on Facebook:

"There is no gin, vodka or white wine left in the house, a sorry state of affairs that is completely unprecedented!"

Later that day, through another unprecedented conspiring of events, I finally finished a bottle of perfume for the very first time, and it happened to be Jasper Conran Woman. Given my 70+ strong full bottle collection, I never thought this day would come. Stacking the odds slightly in my favour is the fact that the bottle was only 30ml, plus I have liberally decanted samples from it and sent them off to fumehead friends far and wide. I may in fact only have used up 10 ml myself, if that. But it still feels strange and immensely satisfying to Throw Away An Empty Bottle at last. And if I see this scent in Asda again in a gift set for £9.99, I will of course have to buy it... ; - ) 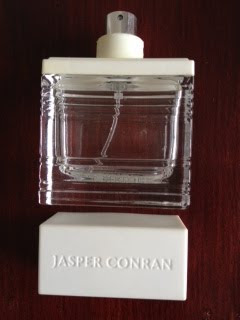 When I was in Northern Ireland the other weekend, I spent a very pleasant interlude staying with friends in their cottage by the sea. Only one of them has even a fitful history of perfume wearing, the perfume in question being YSL Rive Gauche. My friend had noticed that the latest bottle she bought smelt nothing like the previous one (some considerable time had elapsed in between, I might add). 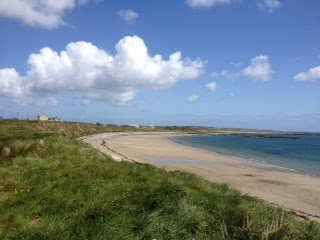 As luck would have it, she had carefully preserved the old canister and though it was completely empty, I could still get a slight whiff off the nozzle: the scent was softer, less rosy and somehow more cloudy, soapy? and abstract than the newer version. This could conceivably be the "weird, plasticky off notes" Luca Turin mentions in The Little Book Of Perfumes: The 100 Classics.

The new Rive Gauche is more defined and sharper - juicier somehow. I note that Luca Turin describes it as "lighter, brighter, fruitier" and I would definitely agree, though I couldn't detect the metal note of the original to which he makes reference. For a perfume whose modern incarnation is more defined, ironically, it feels less distinctive!

Below is a shot of Frances, my friends' frog (who is soooo much more than a stuffed toy, if you only knew...) holding both versions. 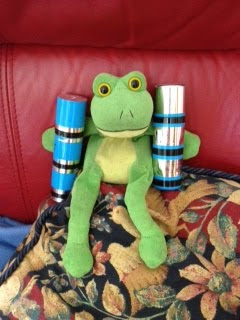 The Product Of A Fevered Imagination

Another thing that happened while I was in Ireland was that the son of another friend, Ruth, had a dream about his mother and me. Now I was not named or identified - this young man had not met me at that point - but he was aware that his mother had a friend who was seriously dotty about perfume, such that my role can readily be inferred.

So in the dream Ruth is given a bottle of perfume worth £10,000(!) by a rich woman in a fur coat. The bottle is in the shape of Lionel Richie's head, complete with fully functioning nozzle, and the scent is called: "Hello". 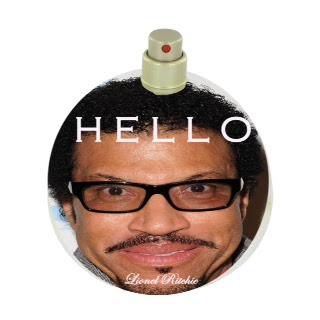 I wonder if Sean - though not a fumehead himself - had perhaps clocked the JPG Kokorico scent bottle in the Belfast branch of House of Fraser I visited with Donna and subliminally extrapolated from it... 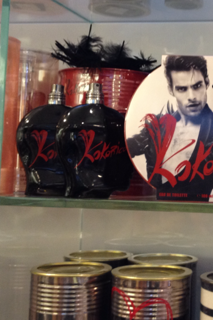 And on that bonkers note, it is perhaps high time to draw a line under this post I think and say "Cheerio". 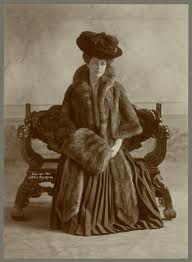 Goodness, I'd be hot in that coat on a day like this!

Truth or Dare?! NOOOOOOOO! All that's right with it -- the Fracas bit. All that's wrong with it -- the Candy bit. Sarah got jiggy with that bilge last week in Debenham's. Nice up top, but such a scrubber. (The perfume that is, not Sarah).

Now I know what you mean about Truth or Dare being sweet, but I like Prada Candy for instance, and am generally coming round more and more to sweeter perfumes. I think it's my hormones.

And even though old Madge has an apartment there, with very high walls over which the various and numerous iterations were allegedly lobbed(!), *Party in Manhattan it ain't*...

The only way I can see myself finishing a bottle of any perfume now is if I already have a back-up for it. Because if it's so good that I'm willing to wear it that much I won't want to be without it even a day. And if it's not that good, I'll keep the final 3-5 ml in there just for reference purposes and won't finish it ever.

I liked Rive Gauche when I tried it. But I suspect I tried an older version... Which one is the new one - in frog's left or right ... hand (paw? leg?)?

I would definitely buy a Lionel ritchie perfume called "Hello".

I was interested to learn of your own M.O. as regards finishing perfume bottles. I guess I feel that way about a certain proportion of my collection, but it is not as carefully chosen and edited as some perfumistas; this means that there are quite a number of bottles where *the pleasure from reducing the overall headcount* outweighs the sense of loss that its absence brings. And also outweighs the usefulness of keeping a bit back as a reference, though I can totally understand the rationale for that. Jasper Conran is a scent in this middling category, however as it is so very cheap, when I do come across it again I bet I will buy it. : - )

I am pretty sure that the vintage Rive Gauche bottle is in Frances's left "hand", ie on the right as you look at the photo!

Thanks for stopping by! Well, you never know, maybe Lionel will have the same idea one day... ; - )

It is a bit of fun, for sure, and stranger things have been known in Perfume Land...

I feel like congratulations are in order for actually finishing a bottle of perfume!

Rive Gauche is the perfume I associate with my mother while growing up. Probably because of the striking canister as much as anything else. It does sound like the current version is not too bad, although less distinctive?

The Lionel Ritchie "Hello" perfume has to be one of the BEST perfume stories EVER.

Thanks - I do feel quite proud of myself, I must say. Brulure de Rose looks like it might be next up, or Plum. Mind you, I think I would like to keep a bit of those back for reference, Undina-style!

The current version of Rive Gauche is perfectly pleasant, but if you smelt it in isolation you might think it resembled all sorts of other scents before coming up with Rive Gauche, whereas the older incarnation is more its own thing.