Carner Barcelona Rima XI Review: Misty Over You - With Both Rhyme And Good Reason 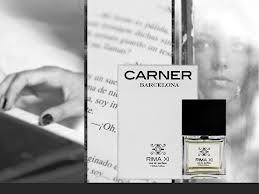 Carner Barcelona is a perfume house that first came to my attention thanks to its brooding, spicy iris scent, D600, reviewed here. Well, I'd say it manages to be brooding and upbeat if that is possible, and the Carner website does describe it as inspired by "the urban lifestyle and the Mediterranean spirit of Barcelona", with an added "touch of mystery". Now that I have walked up and down the bustling thoroughfare of La Rambla for myself, I can relate to the tie-in between D600 and the rhythm of Barcelona's daily life, with its kaleidoscope of sights, sounds and scents.

I have also tested the other perfumes in the Carner stable, namely Tardes, Cuirs and Rima XI. Tardes was a bit heavy on the almond for my (admittedly almond- and heliotrope-averse) tastes and reminded me a bit of Miller Harris Fleur Oriental, with which I never got on; Cuirs was too leather-forward, though it can hardly be blamed for that, while Rima XI - a sample of which has just arrived from the Carner press office in response to my request - is Another Matter Entirely. I tried it briefly on skin during my recent trip to Spain, and have been giving it my undivided attention today.

Rima XI was created by Sara Carner in collaboration with Sonia Constant, the perfumer behind Cuirs. In my opinion, Rima XI tops D600 for mystery. It is much lighter and more attenuated. Woody orientals are my favourite category of oriental, and this may turn out to be my favourite of them all, because it has been given that wan, wistful treatment I so admire in a scent, which is a pretty nifty stunt to pull on a fragrance with a fair few spices in it. 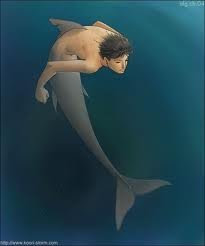 If you like DKNY Black Cashmere, but wish it could be more vanillic and less austere, if you like Penhaligon's Elixir but find it a wee bit arid and dusty, or Kenzo's Flower Oriental but you are not always in the mood for such an in-your-face whallop of patchouli, this could be the spicy oriental for you.

Rima XI is a gauzy web of spices backlit by a soft, sheer glow. It is pale and interesting, with a warm hum from its amber and vanilla base. It should be worn by heroines of romantic novels draped languidly on chaises longues, though never in a dead faint. I am so affected by the wan yet robust beauty of Rima XI that I feel myself most uncharacteristically waxing lyrical, turning purple and generally coming over all Mills & Boon. 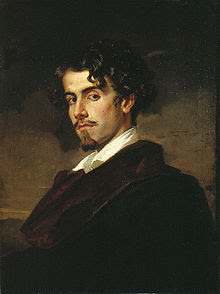 Which is my cue to introduce the background to the perfume, a much finer work of literature by one Gustavo Adolfo Bécquer, a postromantic writer most famous for his anthology of poems and stories called the Rimas & Leyendas (Rhymes & Legends). The scent takes its name from poem No XI. So just in case you were asking yourself: "Does it go up to eleven?", the collection most certainly does, and well beyond in fact. But we won't go there, not least because No XII appears to be a bit rude (in a Georgia O'Keeffe kind of a way, if you know what I mean...)!

And it is a single verse of Rima XI the rhyme which Carner cites as the inspiration behind Rima XI the perfume. I shan't include the original Spanish, but it is readily google-able for any Hispanic speakers reading who would prefer to appreciate the original text. That said, even my fairly remedial Spanish can confirm that it is a pretty literal rendering, with little if any of the atmosphere or emotional charge lost in translation.

"I am a dream, an impossible
vain ghost of mist and light
I am bodiless, I am untouchable
I cannot love you.
Oh come, you come?!"

On its website Carner also provides a summary of the ethos of the perfume - it could relate equally to the will-o-the-wisp scent itself or the siren-like charm of its wearer:

"Mysterious and sensual, with a hidden power of destruction under her radiant innocence, captivating and unforgettable, impossible to conquer..." 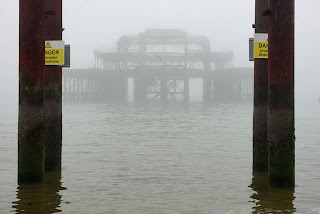 So as with D600, Rima XI is intended to be a double-edged fragrance, with a darker side to its beauty, presumably because the woman in question - though feel free to subsitute a Lorelei-type man if you prefer (I'm sure we all have one in our cupboard of crushes, even if it is only the ghost of David Cassidy, and I've got him as well : - ) ) - is emotionally unavailable. Hey, those are some of the best relationships - you don't stand to get hurt if the unrequited goalposts are clearly established at the outset!

Now to be honest I don't really get this undercurrent in Rima XI - it is just plain beautiful to me, with no kind of "iron fist in a velvet glove" vibe going on. D600 is more edgy in that way in my view. At the end of the day, Rima XI is a delicately nuanced, barely there, warm caress of spices on my skin. Yep, it's the Bonkers-friendly Woody Oriental scent from Central Casting, and my latest heartbreaker of a lemming...


Photo of Rima XI from pinterest.com, photo of male siren from mangaslife.centerblog.net, photo of G A Bécquer from Wikipedia, "The Ghost Of A Skeleton" photo of Brighton West Pier from Wikimedia Commons via Robin Webster
Posted by Vanessa at 21:28

ooh I have a sample of Tardes (of course I think about Doctor Who! :) so I'll have to find it. Thanks Bonks! I like Fleur Oriental.

Tardes was Birgit's favourite of the line as I recall - or she preferred it over D600, say. Love the Doctor Who assocation!

Different strokes for different folks and all that. This was a wispy wonder that was bound to win me over. Seriously FBW.

You do wispy wonderfully!! Like I have said for awhile, you have that nose that can detect the tendrils of beauty in perfumes that I can never get. Perfect!

You are too kind... : - ) But there again, I run screaming from bigger, "Les Mis"-scale scent productions that also have their merits, but which overwhelm my fragile nasal receptors!

It does sound just your hand-writing,V.

It's nice to read you've found a FBW perfume so soon into 2013 because I think they were thin on the ground for you last year.

You are quite right about FBW scents being thin on the ground for me last year - which I guess was a good thing from a financial point of view! - but I can see myself having to get this before the year is out.

And I am slowly working up to some kind of retrospective on 2012, but it still needs more thought - and a bit of research as to what scents were released last year -to see whether I even sniffed them!

Oh, V, this beautifully written review of yours really pushes all kinds of buttons with me!
And that rhyme is gorgeous and very touching.
Love this post!!!!!

Oh my, I was looking forward to your review of the new CB scent since we both love D600, but words such as 'wan', 'sheer', 'warm caress' are the ones that usually seals the deal for me. I am a 'full-bodied' gal, lol, and I while I don't want fragrances that are in your face loud, I just can't hear those whispery ones.

It is like tea, try as I might I just don't get those light Darjeelings, I have to have something deep and rich in my cup like an Assam.

Ah, well, I have my lovely D600 to indulge myself in. Maybe next time CB will find inspiration from some more robust poems :)

I am glad you appreciated this review because - for no particular reason really - I have been having a bit of a crisis of confidence lately as to my ability to write them any more.

And yes, that rhyme is very affecting - the other verses are pretty good too, but this is the one that was chosen as Carner's springboard for Rima XI the perfume. : - )

I am **so** sorry to disappoint you with regard to Rima XI, but I really wouldn't call it full-bodied. At the most it is as full-bodied as The Different Company's Oriental Lounge, say, and I'd call it more full-bodied than Bvlgari Omnia. I don't know if either of those comparisons help?

I completely agree with you on the tea front, though. Ceylon is another one that "isn't worth the teabag it's in" for my money. That is way too wan! Rima XI is probably a Darjeeling kind of fragrance, though the spices give it more presence than those very sheer tea-based scents, say.

Fun! It's always nice to discover a scent that feels so in tune with one's tastes. Your description seems to really do this one justice, as well. It's probably not my kind of thing, but I find myself intrigued anyway. :)

Is it me or has it suddenly become very hot in here from the flock of lemmings running around? ;)

I didn't think it would be your kind of thing either from what I have gleaned of your tastes, but do give it a sniff if it crosses your path. It's office-appropriate at the very least, for those who aren't into light, wispy scents as a rule. : - )

Thanks - I am glad you liked it.

And yes, it's very hot in here, and there are more lemmings in a "holding pen" on your blog for readers to check out! Not bad going for a snowy January day...

I so enjoyed reading your enchanting review of this, Vanessa! Your description of its soft and pale character is lovely to entertain, even if I'm pretty certain it discounts it as a scent I would actually enjoy. :-) Great writing!

I am touched that you found the review "enchanting", notwithstanding the fact that the perfume in question almost certainly isn't for you! Appreciate your kind words. : - )