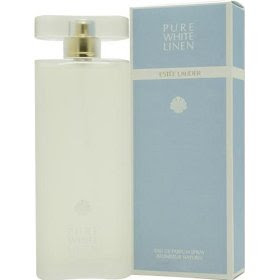 Today I did intend to write about the scented side to the latest Bonkers Road Trip, but it has been unbearably hot in my office. Indeed the heat sparked off a whole new perfume crisis this morning, and fuelled this impromptu post.

You see, I decided to wear Pure White Linen today, which is the "casual" signature scent of my cousin's wife. I offered to find her younger daughter (aged 24) a new perfume, as she doesn't like anything she has tried in the shops and defaults to borrowing her older sister's CK IN2U instead. 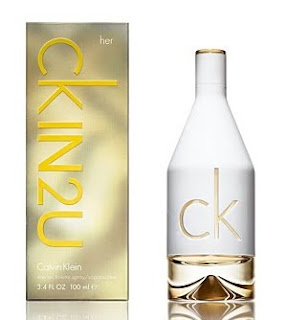 The only other thing I know about my relative's fragrance preferences is that she considers Pure White Linen to be "nice", but a bit "old". I think I know where she is coming from with this comment, as Estee Lauder as a house has a bit of a preppy, deck-shoe-and-Chino's-kind of a vibe, which a 20-something person might understandably construe as "old". 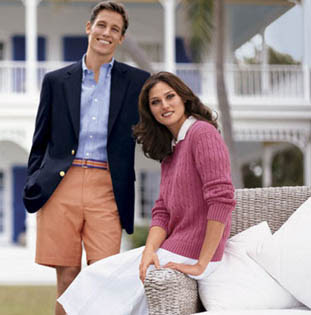 So I sprayed on some PWL in order to understand exactly what kind of "old" I should avoid in my fragrance recommendations. But to my dismay I discovered that my mini of it had gone off. Instead of that bright, breezy, slightly soapy floral I remembered, there was dead flower water and a nasty alcoholic tang. It has not been long since I spotted that my mini of Agent Provocateur had gone the same way, so I started to suspect the recent heatwave was taking its toll.

For though - exactly a year ago - I invested in a small beer chiller for the bulk of my collection (well, probably 60% by volume), that still leaves a fair few bottles, minis and samples languishing in dark (but currently decidedly warm) drawers!

So I spent the morning clearing out all the perfume from the bedside units and re-homing it in the storage room behind the garage, which is not cold as such, but is a few degrees cooler at least. 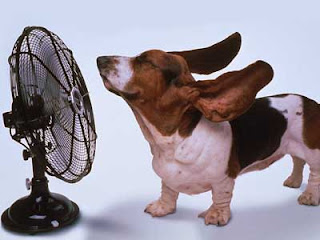 This is the room where Mr Bonkers stores some of his gear, so it was not long before he came across the interloping carrier bags of perfume in the middle of the floor, and inquired whether this was a permanent move. He seemed satisfied by my assurance that it was only an interim measure, and we got to talking about our plans for the day.

"Well" he began, "obviously I am going to watch the England match, and I could really do with some kind of fluid, but I am too hot to move."

"Okay, I don't mind going, and I'll pick up some fresh food while I am there."

By way of background, no one has done a proper supermarket trip since before I went away some five weeks ago, and just this weekend, I caught Mr Bonkers contentedly scavenging off family-sized tubes of Pringles and a packet of caramel digestives.

"Fresh food?" he exclaimed, his voice quivering with alarm. "But that might disturb my delicate ecosystem!" 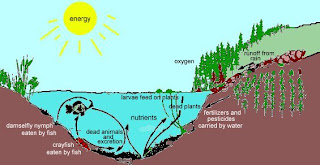 In the end I coaxed him into eating an egg/cheese/hummus salad, with new potatoes and baby corn on the cob. (I cannot bring myself to use the term "cobette".) Mr Bonkers ate with relish and remarked that his ecosystem appeared to have emerged relatively unscathed by the sudden influx of nutrients.

I wish I could say the same for the now Impure White Linen and the other casualties of my "them and us" curating system. For in the unequal ecosystem I have devised for my perfume collection, the scents stored at ambient temperatures are left to take their chances when it gets really hot at the top of the house.

I guess the overspill could just colonise the kitchen fridge. When I got home last weekend it only contained milk, margarine, beer and a single onion (I had put there). So there is just a chance that Mr Bonkers will never notice...
Posted by Vanessa at 23:10

"Cobettes"? "Cobettes"?!??!?? Seriously, there is such a thing? That is neither full grown nor pickled urchin in a jar, but a sort of wee folk of the corn?

Sorry. The perfume storage situation is clearly much more pressing. But now I have the idea of a cobette competing for previously inhabited by musing over "...always a good idea." space

This is a dangerous time, you know. All ecosystems in danger, as I believe you have subtextualliminally communicated. After all, if you've been away...and the 'fridge is bare...you might never recall what it was like to have space for food on that one shelf...ah, if only the greengrocer knew it was in competition with First in Fragrance for your hard-earned dollar. And shelf space.

I do hope, btw, that the outcome of the match did no more damage to your husband's ecosystem than did the sudden influx of fresh food. Believe me, as a U.S. fan, I feel the pain of the bad call.

I've no idea how that transposition happened, and it's one of those errors I feel I'd better correct. The "space" floating in space at the end of the second paragraph is supposed to be the very thing the cobette and the good idea line are competing over. As in precious space for wacky ideas in my head.

Which is disturbingly thematically related to the idea of the necessity of choosing how to allocate shelf space in the refrigerated box.

I shall depart now.

Hi ScentScelf, has anyone ever told you that you are delightfully mad? Up could not be conjured a more perfect follower of a Bonkers-themed blog. (I based that syntax on Winston Churchill, in case anyone is wondering.)

Firstly, may I thank you for your commiserations on the game. Mr Bonkers was - as you predicted - inconsolable last night, and uttered a few choice profanities at the TV set, the least offensive of which was probably: "Nooooo... don't bring on Donkey Hesky!"

As for "cobette", it is (regrettably) a new term that has been coined for cobs that have been cut in half - or possibly thirds. It does rather beg the question of how big the original Corve cars used to be....

There - I have added a little picture of some cobettes. Apparently the mighty KFC and McCain have also adopted the term, though the latter favour a double "bb". One is quite bad enough, if you ask me.

I guess there is one perfume-related advantage to living in Toronto after all. I'm practically the last in to get to try any interesting niche perfumes, but it's cold here 8 months of the year, and the other 4 are so hot and humid we never turn off the air-conditioning. It's always chilly for my perfume collection.

Toronto is a lovely city and I have a cousin in Kingston, so I'm emigrating. : - ) Much less stress. I think I will steer clear of Niagara, though, in case of "overspray" issues. Condensation is enough of a problem as it is...

I sadly ran across a few samples that have gone off too! I'm sure others are turning as well, I only haven't come across them yet.....

By the way, you can't ignore Niagara, great wine!!

I cannot recall anyone attaching the adjective "delightfully"...nor the adverb...but I do have quite a few memories of being called "mad."

I've been angry a few times, too.

The picture of the cobettes is a masterful addition to the post. Thank you. Though now I am going to have to tell my mother that all those times she had me "wonk the corn," I was actually creating cobettes. Both of which are verb phrases which are sounding more and more deviant the more I think about them. Impure White Linen, indeed. Perfect picture placement.

Churchill construction, eh? It was quite the...deviated septum of syntax. Of amusement more could not be had. ;)

oh dear, I haven't checked my perfumes in quite some time - though since I live in a similar garden zone as KJ,I'm hoping all is well with them.

My delicate ecosystem has been quite the mess, too - with the US and England trouces, argh. Who shall I root for now? NED? Ghana (yeah they beat us, but still) ? Argentina?

Sounds as though you live in an optimum climatic region for perfume husbandry.

The football results were poor, weren't they? Never have so many been paid so much to score so few goals on aggregate... : - )

Had to look up "deviated septum" in Wikipedia. I mistakenly thought you only got one of those if you snorted coke, but not so.

Lovethescents, Niagara is an awe-inspiring place indeed - it was probably your recent trip there that made it pop into my mind as an example of an unduly moist environment. : - )

Do you know how many people actually click on old(er) posts to which I link? 10% at best! So I decided to be among those 10% on my friends' blogs and read older posts to which there are specific links (not of "other perfumes by X I reviewed" type).

It was fun reading this post now when I know that you have the second fridge (which is also full ;)).

My White Linen mini also went off - even though it's never too warm in my closet where I store perfumes. Before that I had at least two more EL's perfumes turning - Beautiful Sheer and Tuscanny per Donna. So I assume EL's components aren't meant to last and be inherited by future generations.

Thanks for being in the 10% who - by analogy with your own experience - click through to my old posts!, and yes, I can believe the figure is that low... I don't normally link through to my other reviews of scents in the same line as I don't often do reviews, period, so that would be an unusual occurrence!

Interesting that your White Linen mini went off too. Is is possible that Estee Lauder has embraced the notion of built-in product obsolescence, or is this just an unfortunate coincidence I wonder?