Serge Lutens Daim Blond And The Art Of De-Furred Gratification 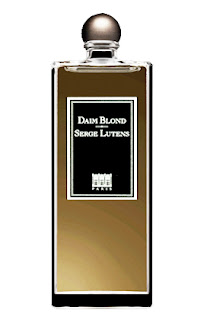 On Friday night we are going for an Indian meal with another couple to celebrate my birthday. It was in May, but things don't always go strictly to plan. I suggested two restaurants, and one of my friends emailed back to say that he would speak to his girlfriend about it later that evening, adding: "We await her rubberstampery".

This whimsical comment got me thinking of some well regarded perfumes which I fully expected to like - adding my own twopenny rubber stamp to the approval that has been heaped on these scents down the years - and yet whose appeal persists in eluding me...

One such is Serge Lutens' Daim Blond. The very name of it connotes super soft, buttery suede, that you just know will be smooth and silky on skin. I have a perfumista friend who wore this on her wedding day, and many leading bloggers whose opinions I respect are big fans, notably Katie Puckrik and Marina of Perfumesmellingthings.

Daim Blond was created in 2004 by Christopher Sheldrake, and the notes are as follows: 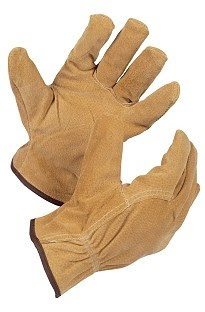 On first application I am struck by a number of things. Yes, I get the suede-y quality all right, but the "nap" is much rougher than I hoped for. Instead of the caressing whisper of leather of Chanel's Cuir de Russie, say, this is rasping fuzziness to my nose, like suede-scented white noise.

There is additionally a slightly medicinal / antiseptic note, and the merest hint of something animalic that I cannot quite place. Actually, on reflection, the dominant impression of this fragrance is "sweaty loafer accord", and the faint antiseptic accent will be from an Odor-Eater insole someone has thoughtfully shoved down the shoe in a doomed bid to counteract it.

I have got to this point many times in trials of Daim Blond, and have usually lacked the stamina to smell it much beyond the two hour mark. The other day, however, I left it on for a good 10 hours, and made a point of checking on it at regular intervals throughout the day. I noticed that in the middle stages of the scent's development, the apricot became much more prominent; texturally the scent remained pretty furry, but then so is the fruit. 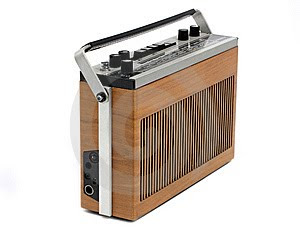 Much, much later, just as I was going to bed in fact, I realised that the perfume had finally shaken off this fuzzy aspect, like a well worn woolly you have got around to de-pilling, and the far drydown was just as I had hoped this perfume would be from the off: soft, smooth and comforting, with fruity undertones.

NOW I could "get" Daim Blond at last! So from this experiment I conclude that the delicate dermatological environment that is my skin prefers scents which are both low volume and "perfectly tuned" - think DAB radio, rather than the old transistor which is the opening of DAB, the scent...

Photo of Daim Blond from Fragrantica
Photo of gloves from Bloomingdirect
Photo of transistor radio from Dreamstime
Posted by Vanessa at 12:33

DB is one of the few perfumes that I A) hate very, very much (my head actually involuntarily snaps back when I go near it-- I know because I have a friend who *adores* it and forces me to "Try it just one more time!!!" every time we go into Barney's) and B) that I admire very much.

It's kind of strange to say that. I experience how it smells as I believe arsenic must taste (connection/connotation to peach pits is intended.) I appreciate how indelible it is, what a distinctive smell it is, and the strikingness of its olfactory "vision" (if you can jam two two different senses together in that way and get some meaning out of it...)

I have never experienced it tuckered out after a few hours and close to the skin-- I experience the apricots as cloying and poisonous-- I think I might like the whole thing better once that all went away, or at least softened quite a bit. Then slap that on the bottom of that a nappy leather-- I think you're quite right in your depiction, Ms. B. I might actually be able to come to terms with the 2+ hour version as you describe it.

Your analogy with arsenic is inspired, for the opening combo I detected of antiseptic + animalic notes could so easily be nudged into "notoriously poisonous metalloid" territory. Now you have made me wonder what scent Blanche Taylor Moore wore...

I still don't get DB. I tried it several times trying to find that apricot suede feeling everybody adores and I would love to smell that - but nope, not even a whiff in that direction. My skin chemistry must be broken. :)

So that's two people already who don't get Daim Blond - and you could say that for me to appreciate a perfume 10 hours in almost doesn't count, as most people would reasonably have given up by then. Hmmm... this post may turn out to be a back door way to identify fellow perfumistas with similar skin chemistry to me, which is an ongoing quest of mine!

Make that three people. I neither get Daim Blond nor like it enough to keep trying to get it. And I'm a pretty hardcore SL fan!

Perhaps it is my skin's tendency to sweeten perfumes that makes DB rather yucky on me. Whatever it is, I'm letting it go.

I happen to really love DB but that's just me here :-) I get leathery openings, followed by smooth apricot and buttery suede. It also lasts ages on me. It's too bad you don't love it, but that means more for me!

I want to love Daim Blond...I am still working on it...and yet, there is Cuir Mauresque to keep me happily occupied...so why?

Ha! "Perfectly tuned" fragrances. I like that. I wonder how that will play with the sales staff...you know me. I'm willing to try. ;)

SAY! my captcha is "SHAVE." All caps. What, is that an imperative???

Last night I was watching TV at about midnight and realised that DAB was at that optimum whispery buttery stage, so I DO get there in the end - it is just a heck of a wait. Whereas with the likes of SIP Magazine Street or L'Ombre Fauve, there is that "Yikes, what the ****?!" weird medicinal opening, but the "aahhhh!" moment and the slumping into its floral/faunal(?) delights follow swiftly behind.

Thanks for stopping by from your holiday base in Pareee!

Tabac Blond vintage and parfum are pretty special, I agree, to the point where I rarely allow myself to use my tiny samples. I do get their little gauze bag out from time to time, stroke it, and put it back in the drawer.

As for an injunction to shave - ah well, like New York, Paris is a high maintenance city. Watch out for a command to put on your 5" heeled Christian Louboutins - perhaps along these lines:

I love Daim Blond. Adore it. Close my eyes to drink it in. And I love the beginning more than any of the other parts - as soon as it's twenty minutes dry, I want to put on more.

Does this indicate a fondness for arsenic? That seems not good.

A fondness for arsenic would have to be carefully managed, certainly.

On balance, I incline to the view that your love of DAB indicates a "robustness" of skin. Michelyn Camen of Cafleurebon has developed an elaborate and rigorously tested classification system for skin types in terms of how they react to fragrance. I am on the cusp between "green" and "fresh". You could be "foody", "animalic" or "milk" (I am approximating wildly here, but you get the idea). I hesitate to designate your skin as "pungent", but even a putative fondness for arsenic could point in that direction.

Sounds like Daim Blond could be the scent equivalent of that famous phrase by Jerry Hall about women's multiple roles: "A cook in the kitchen....."