On "Scenterhooks" - Perfumes For A State Of Limbo 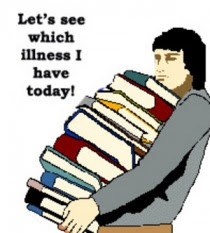 That's a shockingly bad pun, even by my lax comedic standards, and a concept which I realise may require a bit of an explanation.

Well, when I came back to Britain following my Bonkers Road Trip, I spotted some mystery bruising all down one leg, which could not be accounted for by even the most incompetent baggage handling or other clumsy behaviour on my part. Bruises appeared spontaneously before my eyes even when I was lying down in bed, which was all very odd. I was also aware that I had unintentionally lost a lot of weight lately - about 9lb in all - whereas my weight is generally very static, or fluctuates within a 2-3lb range at most. 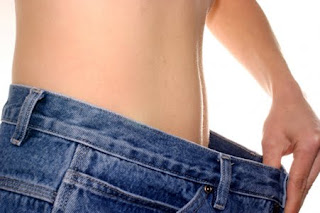 Now if you are foolish enough to put "mystery bruising" and "involuntary weight loss" into Google, up will pop a number of sinister blood disorders, mostly ending in "-enia" or "-emia". Not all of them with good prospects, as you can imagine. You would have to hunt in the fine print of Page 16 of Google references to find any condition combining those two symptoms that is remotely benign.

So having put the wind up myself good and proper, I decided to visit the doctor as a precaution, who took one look at my leg and said: "Right, no, that is not normal - we should run some tests. Obviously we need to eliminate leukemia, lymphoma, clotting diseases, all those sorts of things."

Eeek! I may have emitted a small yelp at this point, inwardly at least. My dear mother died of Non-Hodgkinson's Lymphoma. So you know, the mind starts to work overtime, or it does if you are of a nervous and pessimistic disposition like me. Or, as Mr Bonkers would have you believe, you are a "hypochondriac". He teases me when I complain about the most minor ailment: "What's it now? Hard skin on the soles of your feet? Biopsy!!" "It hurts to turn your arm a certain way? That'll have to come off then!" "Your tummy is swollen? Yes, I know we went out for a meal last night, but you will almost certainly need an -ectomy of some kind. Possibly several, just to be on the safe side." And so on in this vein... 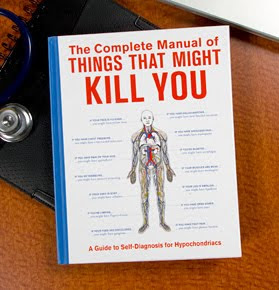 Anyway, the doctor - whether to humour a "worried well" patient or because she genuinely thought the bruising a bit fishy - took some blood there and then, and for three days I sat tight, anxiously awaiting the outcome.

On balance, even I didn't think that there could really be anything serious wrong with me, but in that state of mild apprehension I pondered over which perfumes to wear each day. On the one hand, I was drawn to comfort scents, yet I didn't want to ruin these favourites in the unlikely event of receiving adverse news, because the bad memory of that day would be forever associated with the scent in question. Hmmm - it was quite a delicate decision. So here is what I chose in the end and why:

DAY ONE - nothing during the day, because I was a little distracted following my visit to the doctor. In the evening I yielded to the sprightly yet comforting charm of Chamade, knowing that I was unlikely to get a call at this hour. 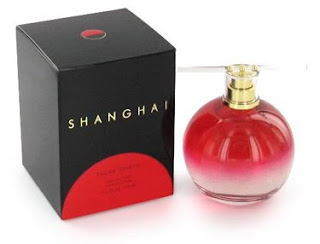 DAY TWO - I changed tack and tested Shanghai, a freebie in a swap. This was on the basis that I had never heard of it till then, so I could afford to "excise it" from my collection if the day happened to go downhill from that point! For anyone curious, it is a slightly spicy, fruity oriental that I would consider fine for day wear. 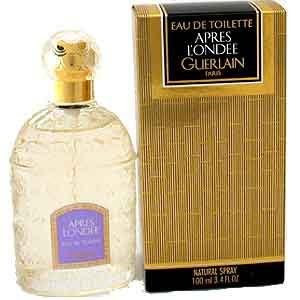 DAY THREE: - I wore La Pausa by day and Apres L'Ondee to bed. In the absence of news, mawkishness was starting to set in, for those are rather bleak choices. Funereal even, which was a tad premature all the same.

DAY FOUR - Jo Malone Kohdo Day: Lotus Blossom & Water Lily. Chosen because it is bright and cheerful and mood-enhancing - I hoped the Japanese vibe would instill a zen-like calm. And if the results of my tests were not ideal, there are other florals I like better, so it manages to be both therapeutic AND potentially expendable, which is a pretty good combo if you ask me. By this stage I was clearly getting the hang of choosing the perfect scent for this enforced state of limbo... 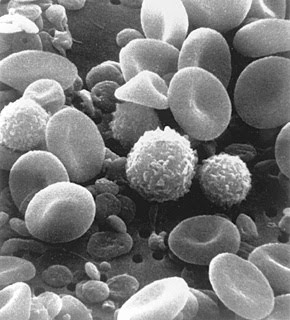 And on Day Four I finally heard that my white blood cell count was abnormally low, but that I didn't have any of the "-enias" and "-emias" they were testing for. Actually, that is not strictly true, for a low white blood count does have a name in its own right along similar lines - LEUKOPENIA - however, leukopenia is not a "destination disease", if you know what I mean, but rather a sign of something else being amiss.

Yet in my case the doctor couldn't find anything specific up with me, so we concluded together that it might have all been due to the acute stress of the trip. I had a repeat blood test this week, because she wanted to be sure of definitely ruling out the other things by getting the same result twice, only to find that my white blood count had gone back up again to within normal parameters of its own accord. Hurrah! The being at home and not having to drive 1200 miles a week may well have helped my recovery.

To celebrate the good news yesterday I wore a number of perfumes all at once, safe in the knowledge that they would none of them be blighted by bad news. Or at least not until I discover the next unexplained lesion, lump or mutating mole...
Posted by Vanessa at 17:49

Well, I am glad all is well.

You had me in a state of limbo though while I was reading with fingers crossed.

will have to try this when on the job market next winter!

Way to draw out the suspense with that post. I'm glad everything is well. I know just what you mean about being afriad to have certain perfumes associated with bad feelings. I never wear perfume when I'm sick for just that reason.

Cor, scary!
Good job you went and got it checked out though, even if it was terrifying. You'd have worried for even longer otherwise. (If you're anything like me.) Funnily enough, I know what you mean about not wanting to associate a perfume with a bad experience so therefore avoiding wearing something you love just when it would probably be most comforting. How daft are humans?
So glad you're back on form now. x

So after all, how was that obscure Shanghai?

Blimey. I'd yell at you about the suspense, but that's not fair. You do it the way you want--you do it so well--but just know that I've had close peeps dealing with bruising and weight loss which *did* involve a destination. So, despite the fact I was chuckling when the eyes scanned ahead and saw the loose jeans before I had launched into the second paragraph, before the end of the second paragraph I was concerned.

So, swap the "blimey" from upset to excitement. Glad it's turned out well. Agree with lovethescents...scoff the good foodstuffs along with the good perfumestuffs.

I'm glad you're OK. I love the way you celebrated by reverting to form and covering every inch of skin in scent. :-)

Thanks for all the good wishes, guys, and sorry about the protracted suspense, which was not intentional! I figured you might have taken your cue from the cartoon image at the top and aligned yourselves with Mr Bonkers' view, which would lead you to conclude that this was likely to be a storm in a tea cup. I guess the drawn out bits were the descriptions of my SOTDs - I thought I ought to get some proper stuff about perfume in somewhere!

Daft as it sounds, in my darkest moments I even wondered if my perfume hobby was to blame in any way...there's all that controversy about aromachemicals and health, the benzyl family being one in particular about which I recall reading some adverse press.

Shanghai was surprisingly wearable for such a note list, though with the potential to overpower if you sprayed too liberally. Like a more crass, shouty version of Natori, if that makes any sense. With a hint of spice.

I am sorry to hear that you know people for whom these "red flag" symptoms turned out to be genuine signs of a serious illness. It was that knowledge in the back of my mind that made it hard to "pitch" the degree of worry I allowed myself to feel during the week of waiting. A bad outcome was surely such a very small chance, yet bad things do happen to some people - people of my own age indeed and younger - so there was no reason in principle why it couldn't be me. So that was all quite tricky to get one's head around.

You sound like my boyfriend. :) Only he does not turn to perfume.
I'm seriously glad you are ok though!

Haha, poor you! So even if your BF doesn't wear cologne, I take it he sports an "Ailment Of The Day" instead.

I seek a "Hailment of the Day" scent...how shall I greet this day?

My DH fears I will select a "Railment of the Day" scent, chosen to augment a rant.

(I fear a "flailment of the day" lack of scent...wherein I *wish* to be scented, but cast about in search of just the right one, to no avail...)

Incidentally, my captcha last message was "undead," which I took as an offbeat, twisted, but ultimately postive message from the Algorithm Gods. Was going to mention it, but didn't wish to seem...well, whatever it is that I'm obviously not so concerned about seeming now. :)

"Flailment" is a great word - I suffer from option anxiety most days in fact.

And "undead" is hilariously apt! It helpfully covers a wide spectrum of physical states, from tiptop form to a bit off colour to downright grotty.
: - )

I really liked this post! Especially the way you chose perfumes to match the suspense of your experience. Well done!

Glad all is well.

Good that you shared this,by choosing the perfect scent for this enforced state of limbo was very interesting. :)

Thanks, guys. I am going to try to take a bit more care of myself from now on, as this episode has made me realise that you shouldn't take your health for granted.