Grosjman On The Gurney: Perfume Conversations You Never Thought You'd Have

Last Thursday was a date in the diary to which I was very much looking forward: it was the day of my trip to London to The Perfume Diaries exhibition and talk. This Thursday, however, was an altogether different matter, for I had a minor surgical procedure involving a suspect mole in a sensitive place...

I donned comfortable, loose fitting clothes, and applied no make up or perfume. It was not that sort of a day, plus I thought it was more in keeping with hospital protocol. Mr Bonkers came with me to the hospital in Cannock, in case I felt a bit queer afterwards and not like driving myself back. We had about 20 minutes to kill in the waiting room, and sat staring at the soothing tank of tropical fish. The largest fish was headbutting a chunk of cucumber from one end of the tank to the other, occasionally pausing to munch on it, before briefly cleansing its palate with gravel from the bottom of the tank, and spitting it out again. 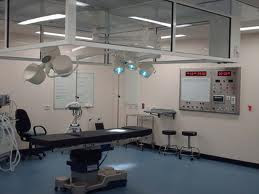 Then before I knew it I was called in, had put on one of those back to front gowns, and been taken aside by the consultant who explained the risks of the surgery, namely bleeding, infection, scarring and "distortion" of the body part in question. I signed the consent form, deliberately skipping the section on "next of kin", because he was sitting outside.

Next up I was in an ante-room and on a trolley - or gurney, as they call it across the pond - which a nurse trundled the five paces to the operating theatre itself. I could have walked that far, I thought, even in my nervy state. The operating theatre was a huge, freezing cold room with bright spotlights. At the sight of two nurses wearing masks I decided to close my eyes and keep them squeezed tightly shut until further notice. The consultant had an avuncular manner, and I didn't squeal as he administered the local anaesthetic. I didn't even feel the second dose he added for good measure, knowing that my only other experience of day surgery at a hospital had involved an injection which DIDN'T take - and the worst pain in my life. 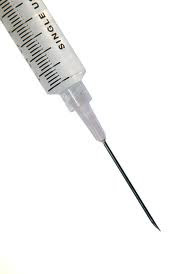 "We're doing quite well", he remarked jovially. "Except for the fact that we haven't actually started."

I was trembling slightly, but still not squealing when he asked for the scalpel, and not long after, there was a gentle tugging sensation, and I knew that he was sewing me back up. Then, out of the blue, came the friendly inquiry:

"Do?" I asked, slightly startled at his interest. "Do you mean...like hobbies?"

And so I told him........only to find that the consultant was fascinated by perfume too - well, the scientific side at least. He explained that he needed to be quite well up in the formulation of perfumes because of the issue of contact dermatitis. He had even attended a talk given by a senior figure from Coty!

"I gather perfumes are all synthetic now", he added after a slight pause (to re-thread the needle?) "You know, with none of these natural ingredients like musks and civet."

I replied that naturals still had a place in modern perfumery, although they were very much in the minority these days - as far as typical mainstream fragrance went, anyway. I added that I didn't care for civet myself. I even mentioned my screen name on Basenotes! (VM I hate civet). I said I wrote a blog! He asked me the name of it.

Needle in, needle out...."So do you like cologne then?" I inquired.

"No, not really - my interest is mainly professional. I usually get my wife Trésor or Paris. They're the only modern perfumes I like. I would describe them as floral and fruity, but most perfumes these days smell of fly spray to me." 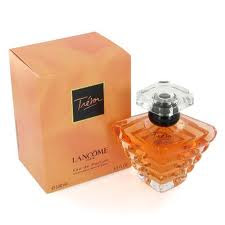 I told him that he was a man after my partner's heart - the chap sitting outside watching the fish - and that he had been known to use that very phrase to describe perfumes he found especially offensive.

I went on to mention that I thought Paris and Trésor were both by the same perfumer, Sophia Grosjman, though I wouldn't swear to it.

"So I take it you know about that new oakmoss substitute?" (I didn't get the name of it, but it sounded like the Latin for "inverted prunes".)

I admitted that I was not so well versed in the chemical names of ingredients, though I was aware of the broad issues surrounding oakmoss.

"Well, well", he remarked. "I have finished now and I wish I had asked you about your hobbies sooner, as you brightened up no end!"

So there you have it - yet another therapeutic aspect to fragrance, without even putting it on. : - )

And while I don't suppose chatting about perfume will take the place of lidocaine and adrenaline any time soon, it certainly made getting through this tricky day a little bit easier...


Photo of Cannock Chase Hospital from bpas.org, photo of operating theatre from servaccom.co.uk, photo of syringe from faqs.org, photo of Tresor from lelong.com.my
Posted by Vanessa at 19:34

FS, I'm sort of postponing my next dermatologist visit because last one ended in me having to remove 3 moles. I was quite a bit uspet then because it was the first time I had to have stitches and scars. Oh well, at least I'm healthy. The good thing is, it really doesn't hurt at all once the anaesthetic starts to work. :)
Hope you heal fast and without any visible scars.

You are absolutely right about it not hurting once the anaesthetic kicks in - it was funny that I didn't even feel the needle delivering the second shot!

Thanks for the good wishes, and I hope you get on okay when you do decide to see your dermatologist again.

SO glad you got through that without pain. What a great conversation to have, in the midst of all of that!

Thanks for stopping by! And yes, it was the funniest thing looking back - and somewhat surreal... There was the surgeon, sewing up an open wound of his own making just a minute ago, shooting the breeze about IFRA regulations.

Wishing you better, and wishing everyone who has any procedure whilst they're conscious a surgeon with a great bedside manner too. (No wonder nurses are supposed to go "swoon thud" over them! Top man.)

Thanks for your commment - as for the surgeon's bedside manner, he was a top man all right! When I went for the initial consultation, I got chatting to the lady next to me who was due to see him, while my appointment was with the registar. She explained that he was running late and that that sometimes happens, partly because he has to dash between two hospitals and also because he gives each patient the time they need: "But d'you know what?" she added: "He is so good and has such a lovely way with him that the minute you walk in the door you completely forget you waited all that time - it is so worth it."

Yes, we do knock our NHS, but I doubt you could find a better consultant anywhere...

Wow! You, too, are having bizarre perfume encounters. What's so pathetic is that I am ready to talk about perfume anytime, anywhere. Needle in my butt or otherwise.

Perhaps he'll check out your blog?

That very thought crossed my mind, even as it was happening! To what extent it was enthusiasm for my hobby that was bubbling over, as opposed to the shot of adrenaline talking is anybody's guess...

As a matter of fact the consultant did say he would have to take a look at my blog, but - much as I would like him to - if it means his devoted patients waiting even longer to be seen, perhaps I shouldn't encourage him. : - )

Thanks, and yes, perfume is a pretty impressive panacea! Will report back when I hear the outcome...