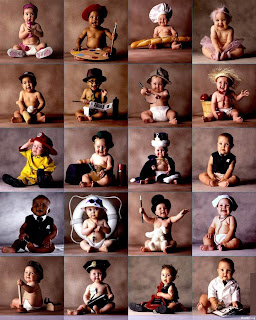 Things have been a bit hectic here lately with preparations for a series of back-to-back, multi-modal(!) trips to half a dozen countries (ie the usual bonkers fare : - ) ). This week I also learnt that the electrical signals in my heart are taking a cheeky shortcut which needs further investigation, while my blood is showing signs of intolerance to alcohol entirely disproportionate to my intake! This corpuscular phenomenon needs me to knock back (as in reduce, not swig) my nightly tippling for a while and see if that makes a difference. And then as any Facebook followers may have clocked, Mr Bonkers and I argued live on my wall about which of us needlessly put a Tupperware of mixed nuts in the fridge. Looking back, I am just grateful I didn't have to cook a full turkey dinner as well.

Although I haven't had time to do much blogging recently, I did want to fit in a quick post before I go off on Sunday, and decided to take an aspect of what could loosely be called "social media rankings" as my theme, not least because - as will become apparent - it is the sort of piece that quite literally writes itself... ; - )

In a previous post I puzzled over my involuntary classification in Wikio's Beauty Blog league table. Another possible indicator of a blogger's cyberspace status relates to predictive search results, ie how quickly Google anticipates the particular phrase for which you are searching, in this case a blog title. 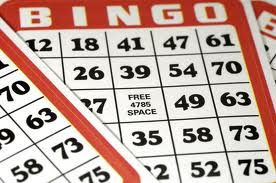 According to an article in The Daily Mail, Google discovered that the average search request takes nine seconds to type, then on average users spend a further 15 seconds deciding which result to pick.

Here Google sings the praises of its 'Instant' facility, launched in 2010: "'Instant' takes what you have typed already, predicts the most likely completion and streams results in real-time for those predictions - yielding a smarter and faster search that is interactive, predictive and powerful."

This new technology allegedly saves the user between two and five seconds, collectively equating to eleven hours of user time every second! 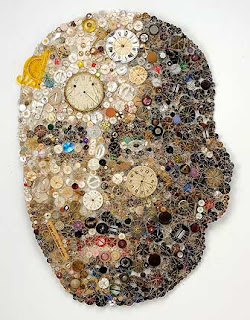 As for my own blog, I have noticed lately that when you type in "Bonkers about" - on my computer at least - "perfume" is the second suggestion after "babies", quickly followed by "bingo" and "buttons", ie the name is slowly climbing to the top of the predictive tree, though babies will be very tough to topple.

However, if you only type in "bonkers" you get "bonkers beds", "bonkers lyrics" and "bonkers Swindon" in that order - which is odd, as I used to live in Swindon! If on the other hand you go as far as "bonkers about p", you get "perfume" first (yay!) and "parties" second. Now I suspect that my blog is higher up the rankings on my own computer than it would be on someone else's, so if anyone fancies inputting any of these bonkers combinations and seeing how much lower I am ranked on their system, I would be curious to know if my theory is correct.

But having one's blog title readily suggested by the searchbots is only half the story, for it all depends how unusual your name is in the first place. The more common the terminology in the title, the longer it will take Google to come up with it, while blogs like "Cafleurebon", "Persolaise", "Olfactarama" and " Olfactorias" (before you even get to the "travels" bit) are pretty much googlewhacks. Now it doesn't mean that those unusual names were chosen by the blog owners for that specific reason, though in the case of "Cafleurebon" I'd put money on it, as they are very SEO-savvy. 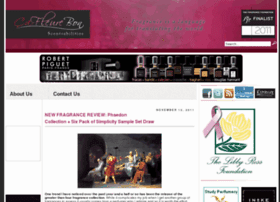 And then just the other day Tarleisio changed the name of her blog from "Scentless Sensibilities" to the more esoteric title of "The Alembicated Genie": while the "The" doesn't get us much further than a clutch of British newspapers ("The Sun", "The Guardian"), "Alembicated" is a direct hit!

So for a laugh I played around with a handful well-known perfume blog names and present the more amusing results below. Note that this list is by no means exhaustive, plus there may be a UK or European bias, so if anyone comes up with other entertaining alternatives in their corner of the Interweb, do let us know! 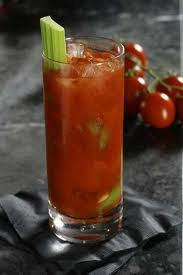 A cocktail of violence...!

People are clearly struggling with the meaning of the word "redolent"... 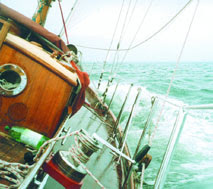 More a yacht than not, it would seem.

Scents of Self (keyword "scents") 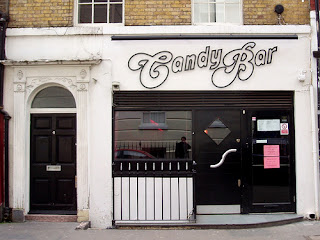 Confectionery, billiards and a TV show about a famous lesbian bar in Soho - something for everyone there, I sense!

Now that's what I call a perfume blog! 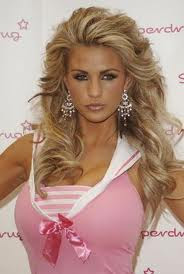 Beauty On The Outside (keyword "beauty o", because the first result with added "o" was so great)

And finally, I am pleased to say that in the case of its own predictive search service, Google doesn't deliberately skew the results in its favour. I put "Instant" in and got:

For yes, in the grand scheme of things - and particularly in these recessionary times - "instant loans" are much more important than saving yourself a couple of seconds...


Photo of babies from pixdaus.com, photo of bingo from tutor2u.net, photo of face made of buttons from lisakokin.com, photo of Bloody Mary from like-a-boss.org, photo of Undina yacht from britishclassicyachtclub.org, photo of the Candy Bar from flickr, photo of Katie Price from theprivateplatecompany.com
Posted by Vanessa at 18:48

Well, when I googled "bonkers about" the predictive order came up "bingo", "perfume", "babies", "boys". I can assure you that I have never once previously searched for anything about bingo.
My interpretation: in Canada, during our cold winter nights, we are more interested in playing at the bingo hall hoping for a little win than playing at home hoping for a little one.

Really, we are an aging nation escaping grandparent duties by dabbing numbered cards, dreaming of winning enough money to finance an even longer escape to a warmer climate.

Regarding that cheeky heart, I would strongly encourage regular and reasonable amounts of food and water while you are dashing madly about Europe -- keeping the old electrolytes balanced can never hurt.

Finally, looking further at rankings and SEO-saviness, I'm not sure that a site that does a draw or more a day is actually a blog so much as a conduit.

Take care of yourself.

Hmmm. I have to get all the way to "chickenfre" to see something that would hit me, in the list. Even there, I'm beaten by "chickenfrench", which is apparently fried chicken with lemon and garlic sauce. Yum.

I will do my best to balance my electrolytes over the next month, which will be quite punishing, I suspect. At least my vitamin levels are all normal, probably thanks to a regular intake of mixed nuts, when I can find them.

And I guess having a lot of draws is arguably a form of "blog bingo", bringing us neatly back to our winter pursuits.

I did experiment with your blog name - just the initial word "chicken", admittedly - and all the results were uniformly foody, so it didn't make the cut. That said, the "chickenfrench" dish you found sounds interesting, so if nothing else, this game is informative!

Fun!
"bonkers about" gave me:
1) boys
2) perfume
3) buttons
4) bingo
5) babies
But when I actually run a search on "bonkers about" your blog comes first in my results.

These regional results are fascinating - bingo is most popular in W Canada, boys in NorCal!

Good to know that the world over, we are still attached to buttons as a fastening method. Velcro makes such an unpleasant noise...

Yours was one of my favourites, along with "bloody disgusting" for Frida!