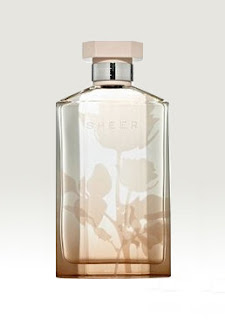 I am not a big fan of flankers as a rule, though occasionally they are an improvement on the original. The most notable example of this in my view is Opium Fleur de Shanghai, a 2005 Limited Edition that was conceived as a lighter, more summery interpretation of the heavy-hitting 70's original, and which I find infinitely more wearable.

Ordinarily though, I find all these "L'Eau", "Eau de Printemps" and "Eau Legere" versions deeply irritating, along with the various suffixes that afflict men's fragrances, such as "Intense" and "Extreme". Estee Lauder winds me up no end with White Linen, Pure White Linen and now Pure White Linen Light Breeze and Pure White Linen White Coral. These flanker names are getting to be like those ever increasing lists of random items you have to memorise, of the "I went to market and bought myself a XXX" variety.
But my biggest disapproval is reserved for the Stella McCartney range of perfumes, a line so muddled I have long given up testing them as I can never remember what I already know. The line now comprises: Stella, Stella in Two, Stella in Two Peony, Stella Rose Absolute, Stella Nude and not one, not two, but FOUR different editions of Stella Sheer (2004, 2007, 2008 and 2009).
Rather than spawn any more Stella-named fragrances, I would urge the house to consider a perfume just called "McCartney". Which will give me time to prepare myself mentally for the McCartney Extremely Intenses and In Three Peonies that I know will be coming along shortly.
Posted by Vanessa at 11:47

You are absolutely right about Stella. I've stopped even looking in the direction of that range. I also completely agree with the Opium line. The original is way too spicy Oriental for me but the flankers are all creamy and totally wearable.

Thanks for a delightful read.

So glad I am not the only one to be flummoxed by the sheer plethora of Stella Sheers!

Another big thumbs up for Fleur de Shanghai -- thanks to you, dear Bonkers! And as for Stella, well ... as you may know she is now designing a range for Gap Kids and using her own logo alongside theirs. Bizarre. And her (original) Stella is just a copy of Lancome's Mille et Une Rose, anyhow ...

Yup, it seems none of us is too enamoured of Stella's marketing strategy... Just remembered an "Eau" flanker I have a lot of time for - Chanel No 5 Eau Premiere!

Not a fan of Cristalle Eau Verte, then?

Oooh er, no, I don't really. Find it a touch sharp. But thanks for thinking of yet another "Eau" variant!