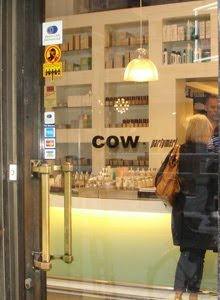 Ah, I bottled it, I am afraid - as in chickened out - not as in acquiring a bottle of this scent! From your positive description it sounds as though I should have been bolder...