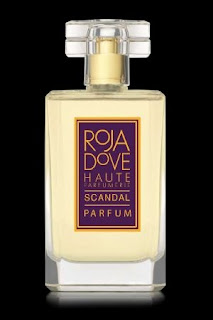 My friend came for lunch on Sunday, on her way to a blind date near her home in Lancashire with a man she met on the Internet (which seems to be the technologically savvy way to find a partner these days).

Obviously, she needed a spot of lunch to quell her fluttery stomach (I remembered to keep the raw onion component of the salads to an absolute minimum); then she needed a mirror for the frequent re-application of make up (it was a real eye opener to me to learn how many discrete cosmetic zones there are within the brow area!), not forgetting access to the bathroom for additional nose powdering. 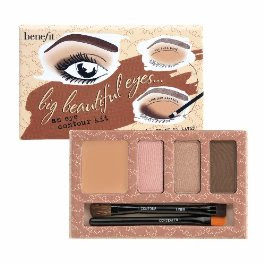 And naturally she also needed a sympathetic ear to offload her mounting nerves about this imminent and momentous encounter. For Sharon had been chatting to this chap over the phone and by text for some six weeks before they finally agreed to meet. And I guess the date wasn't going to be blind exactly, as they had exchanged photos already (assuming he had selected snaps of himself that bore a reasonable degree of verisimilitude.)

Half an hour before my friend was due to arrive, I sent her the following text:

This prompted an instant phone call, to tell me that she had already applied her chosen fragrance, and to challenge me to guess what it was. I reviewed her smallish full bottle collection quickly in my mind. Until she fell under my influence, her default/signature scent had been Gwen Stefani's L.A.M.B, but I had since sold or gifted to her - or persuaded her to go to London herself to buy - a number of other fragrances.

"No!" she rejoined triumphantly, with a pronounced seductive burr in her voice: "I'm wearing Scandal!" 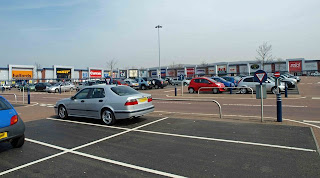 Okay, I thought, flattered that she would choose a scent to which I had introduced her, and which she had recently elevated to the status of new all-time favourite. Yet at the same time I was slightly concerned that this luxurious, animalic diva of a scent might be a bit of an overkill for late afternoon in a retail park near Bolton.

In the end we agreed that as she had applied the scent at 12.30pm, and the date was not slated till 6pm, there was ample time for this heady white floral blend to die down to a whisper. A "whiff" of Scandal, if you will.

By 3pm, my friend was getting antsy and was about ready to leave, to give herself ample time at her destination to scope the area, check out potential restaurants for later on, comb her hair, re-touch her make up, practise deep breathing etc. Before she left my house, though, she was keen to re-apply some perfume from my own bottle of Scandal. Now how many of her mates could offer a pitstop with such comprehensive facilities? 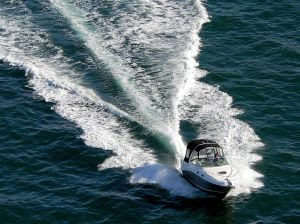 And so it was that, having already calculated the sillage projection purely based on a full application of scent at 12.30pm, I now had to estimate its likely projection factoring in a top up application at 3pm. I supervised this procedure, allowing a few very short sprays to the neck area and one on each wrist. Pronouncing my friend "good to go", I forecasted that by 6pm the scent would have dried down - perhaps not to a whisper exactly - but to a tone which could still be classed as sotto voce.

As it turned out, Sharon and her date both had the same idea about getting to the area early to get their bearings, and bumped into each other outside Next at approximately 4.30pm. Whereupon all my precisely calibrated projections suddenly went straight out the window, but from what I can gather, it didn't matter - she and the other party got on famously, and I am eagerly awaiting further bulletins.

Hmm, maybe I should offer my services as a "sillage statistical modelling consultant" to operators of matchmaking sites. Because a pretty face and a good personality are all very well, but there is clearly more of a science to this dating lark, and perfume may yet turn out to be its fragrant fulcrum....
Posted by Vanessa at 19:26

Your many uses abound!! What a wonderful friend you are-- love the new look of your blog!

Cool! I'm imagining a Perfume Consultancy, a luxurious little office full of vases of flowers and leather couches and very nice rugs, where you interview your clients and provide them with a glossy folder of printed charts and a day's dose of scent.

You may have come up with a nice little earner there. I have quite a lot of vases, as it happens.

Nice to see you, and glad you like the new look. It was quite a wrench to move away from the shades of charcoal and your own proprietary shade of San Francisco fog grey, between which I had toggled latterly, but the perforated edge (with its travel connotations) swung it in the end.

Love this post! I offer perfume advice to my sisters all the time. One must take into account the occasion, weather, wardrobe and setting before any perfume application!

There are so many factors to consider, as you say. And as you can see, a change in any given variable can wrongfoot you completely...

I love this Roja Dove and am grateful to you for sending to me last year. Still hording those last, delicious drops!

this is very funny! choosing a scent for a first date is hard- you want to be yourself which for a perfume lover is smelling great and perhaps unusual BUT you don't want to scare anyone away. I hope it worked out for your friend and the scandal was only a whisper or rumour of the full blown thing- or he loved the full blown creation!

Remind me to drop you another few ml then...!

Date went well, as I say, but have yet to learn of any follow up.

It is a tricky balance to strike, I agree. I would probably have worn something like Prada L'Eau Ambree, which is pretty versatile for day or evening. In the event, it seems that the Scandal hit the spot, at whatever level of sillage it was projecting at the time!

Your reply to Rose is interesting....the Prada is an excellently safe suggestion, however Scandal would hit spots the Prada wouldn't or couldn't even dream of! It's all a matter of what you're trying to project, I guess :-)

lovethescents - I think I lean towards the "excellently safe" generally. My life might be a good deal more interesting if I didn't!

"Excellently safe"? How British of you! heeehee

The scientific approach is funny. "The Hunting of the Suburban Male: Strategies and Lures".

I'd probably go with something quiet yet deep: Bruno Acampora Musc

"Quiet yet deep" sounds like the perfect bet hedging scent. I have yet to try anything by Bruno Acampora, but I imagine that Tom Ford White Suede might belong in this camp. Maybe save Musc Ravageur for date 2 or 3, then, working up to Musc Koublai Khan once you get to first base? Or sooner, if nothing else is working.