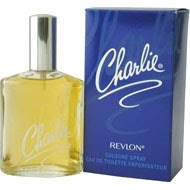 Readers of Bonkers about Perfume will be well aware by now that when it comes to being inducted into the sensuous delights afforded by fragrance, Mr Bonkers has thus far proved to be an intractable subject. It is therefore with great pleasure that I announce that our cat Charlie appears to have discovered perfume all by herself. She is 15 and stone deaf, so there would be absolutely no point in trying to promote perfume as a concept to her, as it is pointless talking to her on any subject. Not a day goes by when reprimands about her sitting on unauthorised surfaces (beds, conservatory furniture etc) literally fall on deaf ears.

But no, as luck would have it, Charlie chanced upon perfume on her own. The "tricks teaching" reference in the title was (as ever) just too good to resist. Yes, Charlie has taken to sleeping by the perfume fridge a lot lately, unfazed of course by its intermittent whirr. She regularly blocks me from opening the door of the fridge to take out a bottle to wear, and after entering the bedroom repeatedly to see if she has moved, I invariably end up pushing her out of the way to get at any of the contents. This persistent sitting by the door is a variant on that well known cat ruse of "sitting on important papers" or "half slumping across the computer keyboard", classic attention-seeking gestures to which all cat owners will attest. 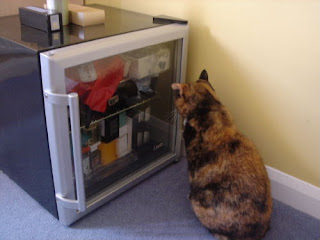 Then on Sunday I went into the bedroom as usual and captured the following poses:

1) "So what is this cuboid thing the 'big cat' in the house seems so interested in? She's always taking bottles out and spraying them on herself. It's a bit like the squirty cream she very occasionally treats me to. Hmm, if there is any chance cream could be involved, maybe I should take a closer look..." 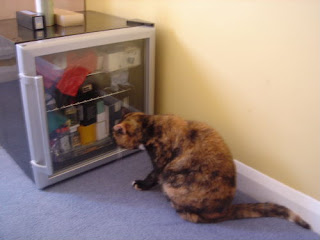 2) "Okay, now which one of these receptacles looks most like that Anchor aerosol thingy?"

(Answer - my Kenzo Power miniature, but unfortunately its contours were masked by the box.) 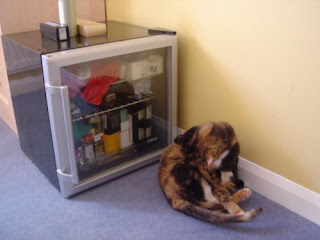 Yes, picture 3 is of Charlie sniffing the rather random place she applied vintage Blue Grass. I did have a series of shots of her prising the door open, removing the bottle from its 'dog-eared' box and spraying the perfume on her hindquarters, but sadly the quality was a bit fuzzy (she didn't half move fast!), so they didn't make the cut...

And I bet you are wondering why she didn't make a beeline for her namesake perfume, Charlie? Well, through an unfortunate oversight I don't actually have any, but if the cat really is developing a genuine interest in perfume, it is the least I could do to nip down Boots and get her her own bottle.


Photo of Charlie (the perfume) from namebrandsperfume.com
Posted by Vanessa at 20:23

Awwwwwwww, cute! Re: Charlie the fragrance, I do quite like it because my grandmother wore it for on a casual basis. It's nostalgic for me, I guess.

Would you believe I have yet to try Charlie (in any colourway!) I am not sure they do beige, mind, though that might be a flanker opportunity for Revlon to consider?

I"m not sure what they're called or what they smell like, but I'm quite sure Revlon's already done Charlie flankers....

Aha, yes - just checked and I see that as well as doing Charlies in different colours, they have also succumbed to the "Eau fraiche" temptation, and even have one called "Pink Happiness", which some might argue is a contradiction in terms.

Pinktastic is no contradiction at all, V!

I think you cat i scuuuuze, and stone deaf sounds so familiar to me. Did you say something?

I guess we may have to agree to differ on pinktastic...! I intend to conduct a pink experiment sometime soon so I can make up my mind once and for all on the matter of pink and its merits - or otherwise.

Charlie Bonkers is still maintaining a daily vigil by the fridge, but seems to have given up investigating its contents for the moment...