So They Discontinued Bin Laden, But Did They Bin The Scent? 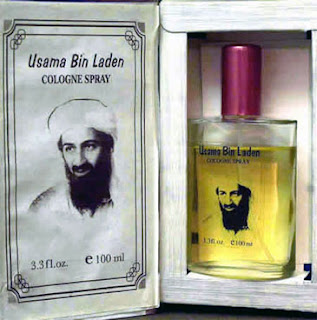 I learnt a phrase from Avery Gilbert of First Nerve not so long ago, to describe the CSI-style genre of crime programmes - the ones that tell the story of how real life murders were solved, with a strong focus on the forensic aspects, aka gory detail. The technical name for these documentaries is apparently "cadaver shows" - over in the US at least, as we don't tend to use the word "cadaver" in Britain.

Meanwhile, Mr Bonkers has coined his own term of "forensic prostitute" TV as shorthand for this slew of programmes such as "Forensic Detectives", "Most Evil", "Snapped - Women Who Kill", and the latter's many variants such as "Couples Who Kill", "Children Who Kill Their Parents", rising to the luridly niche realms of "Satanic Paedophiles Who Kill Their Children And Eat Them" etc. And no, I agree that these themes do not make for nice viewing, which is why Mr Bonkers has long referred to me - mostly on the basis of my taste in television - as an "unsavoury little person".

And then Mr B and I got to talking a while back about people's fixation with celebrity perfumes, both those ostensibly created with input from the likes of J-Lo and Britney, and the scents the Hollywood A-Listers (and lower) actually wear. After a pause, Mr Bonkers suddenly blurted out that no one ever talks about the perfumes worn by notorious celebrities - serial killers and terrorists. "Wouldn't you like to know what scent the Yorkshire Ripper wore - or Myra Hindley?" 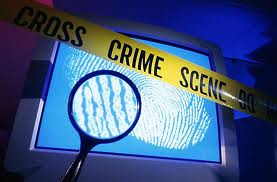 I thought about this for a moment and realised that the idea of a mass murderer wearing a well known fragrance was quite disturbing, as if they had the power to pollute its image by association. Yet, now that he mentioned it - being the unsavoury little person that I am - I couldn't deny a grain of morbid curiosity in the whole idea. Though it was an uncomfortable juxtaposition, taboo almost, like any other humanising trait we might uncover that detracts from the monstrous image we have of these criminals.

"What about Bin Laden, then? Or Bin Laden's wife?" Mr Bonkers continued, undeterred by my squirming. "See what you can find out!"

Rising to the challenge, though still with mixed feelings about the social acceptability of such a line of inquiry, I started to google "Bin Laden cologne". I am not going to come up with anything linking him to the Estee Lauder stable, I thought to myself. Nothing for Bin Laden from the fragrance house of American infidels, I was pretty sure of that. No Aramis or Pleasures for Men, no Tommy Hilfiger or Tom Ford. Though Sean John Unforgivable might have been eerily apt.

But imagine my surprise when my searches turned up this "celebrity scent" of his own, spotted in a cosmetics shop in Lahore and featured in the Pakistan Daily Times in 2004. (So yes, I am rather late to the party in reporting on this, but I have only been a perfumista since 2008, and have a lot of catching up to do.) But going back to the cologne, it may have Bin Laden's face on it, but as the world's Most Wanted Man I doubt very much that he had much of a hand in its creation - hunkering down under blankets watching day time TV in his high walled fortress was doubtless a full time job. 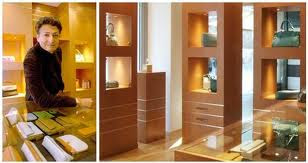 And as I carried on my searches, I learnt that Bin Laden's half brother (he had dozens of half siblings apparently, the prodigious progeny of his father's harem of 23 wives) has a perfume line, though he neither sells it in North America nor markets it under the tarnished family name. Yeslam Bin Ladin, as most of the family prefer to spell it, launched his range of luxury goods (including scent) in March 2001 under the name Bin Ladin, but post 9/11 quietly changed it to Yeslam, his first name, which apparently means "to bless" or "to protect" in Arabic. I know, I know... Though I am sure Yeslam Bin Ladin would thank me for pointing out that he had little contact with his father growing up, never mind his disgraced and now discontinued half-brother, and was much more westernised and materialistic in his values. This is borne out by a chance remark in an interview in 2004, when he revealed that the main reason for launching a perfume of his own was the fact that "the margins are huge".

I was intrigued to see which scents are still current from this range 10 years on, and found the company's Swiss website, where the brand is registered. Fragrantica just lists Darling Rose, released in 2008, but if you click on the Fragrance & Beauty section of the website a whole forest of perfume bottles comes tumbling out at you, like driving snow hitting a windscreen - the images barely linger long enough for you to clock the names, but I spotted both men's and women's scents in there somewhere. 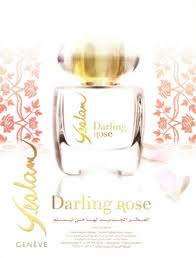 I am afraid I haven't managed to come up with note listings, but actually I am not sorry about the dearth of information about the line. Goodness knows I own enough bottles without taking an interest in ones of controversial provenance. Around the time Bin Laden was taken out by US forces, you only had to put the search word "Is" into Google to fetch up the result: "Is Bin Laden dead?" Now, if you only put "Yes" into Google instead of the full name of his half-brother's perfume line, you will get the 70s prog rock group, an insurance company, and a brand of "Natural Organic Personal Lubricants" (don't ask) before you will stumble upon the Yeslam fragrance brand...which is just as it should be, really.


Photo of Yeslam Bin Ladin and Darling Rose perfume from fragrantica.com, photo of Bin Laden cologne from danwei.org, photo of magnifying glass from isabahamas.com
Posted by Vanessa at 20:31

Add me to the growing list of unsavoury little persons!

I never thought of the personal fragrances of criminals. I'm sure Jeffery Dahmer applied a splash of cologne before heading out for the night.

You are welcome! If enough of us come forward, Discovery could make a documentary and call it: "Most Unsavoury".

I bet you are right about Jeffrey Dahmer - and Ted Bundy was pretty dapper too and deceptively respectable-looking, unfortunately for those who ran into him.

Woa that was an interresting topic! Thanks for sharing Vanessa!

"Interresting" is just the word for it!