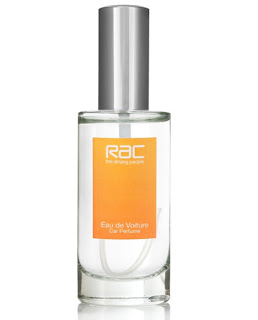 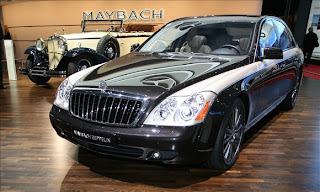 I have been much preoccupied with my car this week - a royal blue Mini One, for any fumeheads out there who are also petrolheads! On Tuesday it had an oil change and on Wednesday I renewed its insurance. I have been busy calculating my average mileage, the length of my no claims bonus, and generally immersing myself in all manner of vehicular facts and figures.

The recent discovery of ylang ylang in Cuir de Russie prompted me to sample it again yesterday. Of all the leather scents I have tried, I find it the most feminine and wearable. It conjures up visions of petal strewn leather upholstery in the back of a white Bentley - the sort often favoured as a vintage bridal car. So Cuir de Russie seemed entirely appropriate to the automotive theme of this week's "to do" list.

This also got me thinking back to a project I did last year in the car industry. The topic was actually interior paint techniques used on "driver control interfaces" - that's "knobs" and "buttons" to you and me - but in my interviews with designers at the major manufacturers I sometimes found myself shooting the breeze in a more general way.

It was on that job that I learnt of the perfume dispenser system in the Maybach Zeppelin, a snip at 406,000 euros for the entry level model. : - ) I didn't glean much about the nuts and bolts of this gizmo, but it seems to be a souped up version of the Glade plug-in air freshener, with interchangeable flacons that sit inside a sort of snow globe on the central console. The other bottles are stored in a recess in the rear seat assembly. I'm sure my respondent said you could have up to seven different scents, but if you watch this video there seem to be only three on board. As I understood it, there are "factory fit" perfumes that come with the car - wouldn't you love to know what those are! - or you can supply your own, presumably decanting them into empty flacons that fit the dispenser. I found this video - the lady starts demonstrating the perfume system at around 6 mins 40 seconds.

If you are not in the market for a Zeppelin, the Citroen Picasso offers a dash-mounted perfume dispenser (situated just below the hazard lights). Here too you can apparently swap scents over / supply your own, but I know even less about the mecanism behind that particular system.

And for those of you who are not thinking of buying a new car any time soon, with or without in-car fragrancing appliances, there is always the new car scent from the RAC (the UK-based motoring organisation). This claims to give even the most tired interior back its "new car smell"! A spokesman for the RAC, Prakesh Patel, said that many old cars can harbour "nasty scents such as tobacco, dog, stale milk and the 'ancient whiff of kebab'".

Jokily entitled "Eau de Voiture ~ Car Perfume", and with the proceeds going to charity, the scent is described as "an alluring blend of rich leather tones and dashboard walnut (my italics) created specially for your car", giving off "the aroma of a fresh forecourt purchase".

Yes, Eau de Voiture claims to put back not just any new car smell, but that of a more luxurious model than you probably own...For these days, the only leather trim in your average car is likely to be the sporty steering wheel and gear stick cover - if that.

I have squirted some of this ingenious fragrance at my work station and would say it smells more like a "just valeted" smell, ie a fruity sweet, chemically, freshly shampooed sort of scent, but NOT a NEW car scent as such. I get no leather and no walnut dashboard - not even the merest sliver of a veneer... I don't think I am getting box fresh polyurethane or PC/ABS either. That said, I will concede that it is a heck of a lot classier than those dangly Magic Tree air fresheners beloved by taxi drivers.

The fact that Eau de Voiture misses the mark is probably just as well, for one of the reasons why people buy new cars, apart from the smug glow conferred by the latest registration plate and - for the moment at least - the financial incentive of the scrappage subsidy, is this indefinable "new car smell". A cheap bottle of scent, had it smelled more authentic, could have done serious damage to the economies of our major car-producing countries, destroying at a squirt the recent volume growth attributable to the scrappage scheme that the industry so desperately needed. It's a sobering thought.

Meanwhile, if you want to kid leather yourself that you own a new Maybach or a vintage Bentley, may I recommend applying Cuir de Russie to the pulse points on your person before dabbing it liberally on all your driver control interfaces. Then lean back, close your eyes, and smell the magic...
Posted by Vanessa at 18:47

I recently wore CdR to work, and the more I wear it, the more I'm enjoying it. But today, after receiving a sample in the mail yesterday, I wore Miller Harris' Cuir D'Oranger which I really like - have you tried it yet?

Being a perfume freak, I would be concerned that the Eau de Voiture spritz would land on my clothing and offset/destroy my sillage :-(

Hi Bloody Frida, I have tried Cuir d'Oranger and it was too leathery on my skin, but glad it works for you!

Lovethescents - good point. EdV is not fit for human application, in my view!

I have to locate my sample of Cuir de Russie. I always prefered Lancome's Cuir but this one seems to come first for many people. It's been long since I smelled it, who knows what might come out of it - at least the idea I own a new car. :)

I just want to see if I can leave a commnet. I am having problems! Rrrr

OK - it worked this time.

I had to buy a new car late last year for a young idiot ran into the back of my car and wrote it off! Rrrr. I loved that car.
So now I have a new one and I don't love it as much as my old girl but people will say "Oooo, love the smell of a new car!" Well, it only smells plastic to me sadly. So , maybe I need to get some Cuir and spray it around my toyota! LOL
Now to the plug in "thingy". I had to take my peke Moi Moi to the Vet last week and I mentioned my other dog Kenzo (yes , named after the scent) who is a malt x shih tzu pain in the butt. He is only a year old and he wants to play and fight with poor little Moi Moi who is 6 yrs old and smaller. Well they mentioned this plug in pheromone $$ thingy that is supposed to calm dogs down. I was desparate so I bought it. For 6 days Kenzo has chilled but it seems to be wearing off.
I told my husband about it and he said "I can smell those pheromones" You know what MEN are like - know EVERYTHING! We cannot smell them - only dogs!
Then I leant in and said "does it smell like this?" Yes - it was my Une Rose by Malle --- and its not working on him either!
Both men (2 and 4 legged ) in my house are still being PILLS! LOL

FS-- What a funny post!!
1) With you all the way on CdR-- one of the few leather scents I can honestly say I love.
2) Love the story about the car atomizer!! Somehow, to me, that seems like something we'd come up with here in America-- we love our cars here, as you know. We eat in them, get married in them, make babies in them-- you'd think we'd be on the market for a bit of "freshener" from time to time...
@Lady Jicky & Bloody Frida "Kenzo" & "Sephora"? Stop.

LCN, all the dogs in our family have/had names beginning with the letter "S" - so when we got Sephora, the Moth actually named her - really, it wasn't my fault! heheeee

Sorry you had probs leaving a comment earlier, Lady Jicky. It does this from time to time, and I am not techie enough to know why...

Anyway, fascinating stuff about this plug in for calming dogs. I see major spin off potential: fractious todddlers, irascible spouses, disruptive classrooms of schoolchildren - the possibilities are legion!

Those dogs' names are GREAT! I recently discovered that I have an ancestor called Mehetabel, which I am thinking of naming our next cat, though Sephora would trip off the tongue so much better. : - )

Cuir de Russie makes me think of Grace Kelly driving that car much, much too fast in _To Catch A Thief_...

I have called most of my pets after perfume. I had Lulu after the cacharel LouLou -spelt it the easy way for the Vets! She was a peke that lived to 17yrs. I had a Oscar after Oscar de la Renta . A pug called Rose after caron's rose and we had a cat called Jicky . Moi MOi is little sister/girl in chinese after my lovely groomer who has a shih tzu called Moi Moi - see , I can move away from perfume sometimes! LOL
I love Sephora!! Bloody Frida - you need a Shalimar!!! I think a peke called Shalimar would be lovely Frida. Hint , hint. LOL

Lady J - More great pets' names! Shalimar is particularly fine, even if I can't abide the scent. I know what you mean about making things easy for vets. We had a cat called Miro (after the painter) and had to tell the vet: "That's Miro as in Robert de Niro, not Spiro Giro."

oooh Lady J - great idea re: Shalimar (esp since I do love the scent!)

Ms. Bonkers - My last name is Spiros so I have to tell people it's NOT like Spyrograph or Spiro Giro, but it's like Spiro Agnew (who was one of the US vice presidents) but most people are too young to remember Agnew. I should take your cue and say it rhymes with Miro!

Well I never! Robert de Niro has usually worked for me. : - )