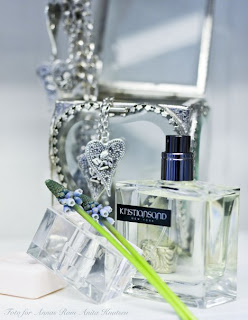 I love Scandinavia. I have travelled all over the region, mostly on business, though the two trips to Stockholm last year were exceptions to this rule. One of my best work trips ever was to Trondheim and Alesund in Norway. I will never forget the seven hour coach trip between the two. I couldn't understand a word of the driver's commentary, though I managed to infer what was happening from other passengers' behaviour. There appeared to be a toilet stop in one town, a stop to change drivers in Molde, and we may even have taken a car ferry at one point, though it was very dark by then. I was the last passenger left on the coach at Alesund, and on production of my hotel address, the driver nodded solemnly and proceeded to negotiate the narrow lanes of the town to bring the bus as close as he possibly could to the hotel, rather than leave me stranded at the terminus at one o'clock in the morning. That's service for you!

So, being a bit of a Scandophile - or its charmingly improbable synonym "Septentrionalist" - I was more than glad to try the new men's fragrance, Kristiansand New York. My thanks are due to Britt Hovde Ross and Elisabeth Steen for sending me a sample, and to my good friend Lovethescents for pointing me in their direction.

Kristiansand New York - the name of the house and its eponymous fragrance - came about when these two women (Britt Hovde Ross is a former model and Elisabeth Steen an actress) met at a Soho store opening. Britt had harboured a dream to create a fragrance since she was a child, while Elisabeth had a marketing background in the beauty industry.

The pair teamed up with Drom Fragrances' perfumer Pierre Constantin-Gueros, who created the scent in Drom's Tribeca studio. The brief was to create a men's fragrance, which captured aspects of their adopted city of New York as well as their Norwegian homeland.

In an interview published in "Norwegian American Weekly", Pierre elaborates on the inspiration for the fragrance: "Kristiansand New York embodies the modern, cosmopolitan and fashion-forward New York lifestyle while paying tribute to the founders' native Norway, a rather quiet place with a lifestyle much closer to nature."

What Pierre has created is in fact more of a unisex scent than an outright masculine. In a recent press release he points out how until the middle of the 18th century there was no real difference between male and female perfumes. In his view, we should detach the scent from its marketing trappings, namely the bottle and ad campaign. Without those visual cues, it becomes difficult to determine whether a scent is masculine or feminine.

I do agree with him up to a point, though there are some pungent fougeres or citrus or ozonic colognes from the "Saddam Hussein School of Perfumery" to quote Tania Sanchez's?? glorious phrase, which I don't believe I would mistake for a feminine even if I was blindfolded. There is, however, a larger grey area than that officially designated as "unisex", where, in my opinion, a fragrance could indeed swing either way.

So what are the notes in this gender bending, cultural fusion of a scent?

This is my third day of wearing Kristiansand New York, and I can confirm its unisex credentials. It is very, very soft and muted on me, and to be honest I don't get the greens or the mandarin particularly, but a fuzzy combination of all the notes pretty much from the off. This may be due to the tricky tendency of scents to go "SPLAT" on my skin at the moment (or from now on?), as documented elsewhere.

Allowing for this blurry aspect, K NY reminds me of a cross between Kenzo Power and L'Instant de Guerlain Pour Homme. If we were talking about voices here, Power would be a tenor and L'Instant de Guerlain pour Homme would be a bass, making....da-dah!....K NY a baritone, as it fits somewhere between the two. Power has a more pronounced bergamot note and a higher pitched peppery note over its woody amber base, while L'Instant de Guerlain is richer and borderline sticky sweet, but there is an echo of K NY in its very specific woody base. For the record Divine L'Homme Sage I would also characterise as a tenor (though not like this - it is too aromatic).

Britt explained to me: "We wanted something light and sexy but still with depth", and I feel this is exactly what they have achieved. Kristiansand New York smells unique to me (not that I am a huge connoisseur of men's fragrances) and very wearable.

Dare I report what Mr Bonkers made of it? (I have not yet managed to test this on my more receptive male friends, though one has expressed an interest in trying K NY.)

Mr Bonkers' initial response was that K NY made his eyes sting, but that is pretty much his default reaction to fragrance of any kind at the moment, so we can set that aside straight away. Some hours later, I approached with caution and gingerly presented my wrist for a second sniff. "It's better now - in fact I'd even say it's a bit gay." Decoding this apparently un-PC comment, what Mr Bonkers really means is that, far from smelling like something from the Saddam Hussein / Hairy Chest Wig School of Perfumery, the founders of Kristiansand New York have come up with an urbane, sexy and subtle woody-ambery scent that smells equally great on men and women...and for once, I find myself agreeing with him!
Posted by Vanessa at 17:35

:) Mr. Bonkers makes me laugh every time he appears in your posts.
This sounds like something I might buy for my boyfriend and then steal it right away. ;)

I so want to go to Norway - my doppleganger lives there.

I'm so glad you've tried it and love it! It's quiet, close to the skin, extremely wearable and good for everyday. It's also been compared to DG's By Man, and I'd have to agree.

I must apologise for Mr Bonkers - he is a bit of a loose cannon, though in some ways, like the eye stinging bit, a predictable loose cannon. : - )

Ines and Bloody Frida, I do think this is the scent equivalent of the "boyfriend cardigan".

Lovethescents - thanks again for acting as an enabler here! And I know what you mean about By Man. That was the signature scent of the friend who is interested to try this - and he also likes L'Instant de Guerlain pour Homme - so the odds are he'll enjoy this too. : - )

This sounds like it could be just the thing for the seasonal transition that's putting me off almost everything right now. And it also sounds lovely. However, I suspect that Himself will object to the clary sage.

I am not mad on clary sage, but like everything else, it is "barely there" as an individual note to my nose. The woody ambery-ness is the most obvious aspect, and that is still very quiet!

I have also been mulling over the cultural fusion aspect. I am not sure that this scent smells particularly of either location - I associate Norway with pine resin and the smell of damp woollen socks drying out by a wood stove, and NYC with taxi exhausts and restaurant aromas billowing up from pavement gratings. But I would say that it has captured the "vibe" or "essence" of each place: the quiet, "still waters run deep" quality of Norway - and Norwegians! - and the suave, sexy urbanity of NYC.

This scent sounds simply fantastic-- I will now be on the look-out for it, far and wide...

You & Mr. Bonkers are quite the comedic duo-- I'm hoping he will come around one of these days and learn to love scent as freely as you do...

"Septentrionalist"-- What a fantastic word!! I've never been to Scandahoovia (as we like to call it here), so I don't have much call to use it in a sentence, but someday I will-- I just know it!

Ah, LCN, I fear Mr Bonkers is too hopelessly entrenched in his view ever to come round to scent - other than the strangely anomalous SJP Lovely, that is. This may be due to his being a typical Capricorn, which of course he would also vigorously deny. That's the being a Capricorn at all, as well as the whole premise of Astrology. Yesterday he argued black was not white, but RED, in the shape of a vase I was given for Christmas. It even said "Black" on the label on the base, but he wasn't having any of it!

But yes, this scent is definitely worth seeking out - I am sure it will appeal to native Scandinavians and Septentrionalists alike!

As a Norwegian I found both your review of this fragrance and your impressions of Norway and Norwegians equally interesting, and I think you have captured the Norwegian essence very well. I have not yet smelled this fragrance myself, but now I want to. Too bad it's not available here, I may have to search the internet for a sample.

Thanks for that! I would love to go back to Norway, especially Ålesund, which is one of the most magical places anywhere.

I trust that Kristiansand New York will be coming to an Åhlens near you shortly...! Don't fragrances often come out in the USA first, like films? : - )