The Perilous Process Of Picking A Crowd-Pleasing Scent 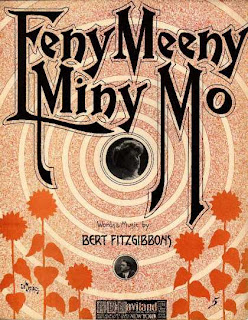 I have just come back from my friend's housewarming party "up north", and am feeling decidedly delicate. This is despite probably having had the least to drink of the 40+ revellers, though I suppose 2-3 glasses of Chardonnay is still a lot for me... Though it may not be the drink - can you get a hangover from excitement? Or perhaps I have the sugar equivalent of DT's from the Swizzle lolly I "just felt like" at 1 o'clock this morning, not half an hour after I had put away a generous serving of lemon meringue pie and cheesecake. Or maybe I am just jaded from a fitful night's sleep disturbed by nightmares about being in a Middle Eastern war zone and having to run the gauntlet past armed guards to retrieve a knitting bag from a minefield...

I may be feeling fragile, but at least the house is nice and quiet. Charlie Bonkers is snoozing in the bedroom next door, unaware (in her blissfully deaf state) of the fireworks cracking off all around the neighbourhood, while Mr Bonkers has gone out to "earn money for crunchies".

Yesterday, as I was setting off, Mr B asked me if I wanted him to choose a perfume for me to wear that day, using the aleatory method featured here. He is on a bit of a roll with this method at the moment, having picked out my SOTD on Friday on this random basis. I tipped my turquoise travel bag of samples and small decants onto the floor and he barked out coordinates: 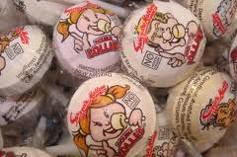 "Third from the left!" That was Chanel La Pausa, and to be honest I wasn't really in the mood for iris, but neither it seems was he, for a follow up command was quickly issued:

"No, I don't mean that one - the one two to the left of that!" APOM pour Femme. Okay, I thought to myself, that would be fine. Suddenly though, Mr Bonkers' eye was drawn to a small spray vial of L'Air du Desert Marocain.

"Nope - I've changed my mind - that one with the purple label - THAT's the one I want!"

"If you say so", I replied, retrieving it from the melee. I was more than happy with his choice, but correctly predicted that Mr B might not care for it. Having apprised him of the desert theme, I watched him lean in for a tentative sniff, with the "Tauerade" at the most potent point of its trajectory.

"Ergh! Camel dung!" Mr B exclaimed, visibly recoiling. Well, clearly that was a glib, facetious comment on his part, prompted by the exotic context with which I had just furnished him. I am not sure how he would have described the opening without that frame of reference. But it was perhaps foolhardy for a non fragrance-lover to sniff a Tauer so early in its development. That's like Mrs Bonkers Senior, a lifelong teetotaller and non-smoker - though we have managed to press her into a single Babycham or Snowball on Christmas Day - suddenly downing several shots of Jack Daniels in quick succession, before lighting a crafty fag. 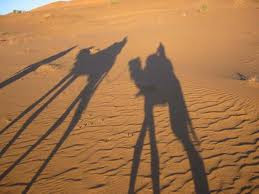 So when Mr B suggested trying the aleatory method again for what would have been my scent of the day - and evening - I stood firm, explaining that I couldn't entrust such a weighty decision to chance, if that is not too grandiose a term for Mr B's arbitrary and mutable leanings.

So...the first thing to consider was what the hostess would be wearing at her party, so as not to clash, or appear to be trying to upstage, her own choice. Which I suppose is why female wedding guests are generally discouraged from wearing white, or indeed any colour of frock involving an 18ft train and/or a crinoline. Okay, fine - that ruled out Scandal, as well as any "statement white florals" such as Carnal Flower, Marc Jacobs, Fracas or Joy.

Then I suddenly remembered my friend's aversion to overt vanilla, which knocked out whole swathes of my favourite scents from Guerlain Plus Que Jamais to Diptyque Eau Duelle, and Floris Snow Rose to Sonia Rykiel Woman Not For Men! 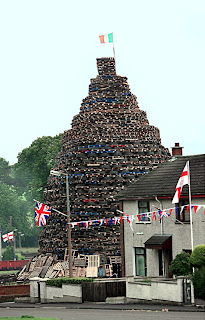 My friend isn't particularly keen on "weird" perfumes either, so that put paid to a number of scents I had been toying with (because of their tenuous connections with bonfire night and its concomitant baddies, images of burning wood, nocturnal goings on etc) - namely PG L'Ombre Fauve, Damien Bash Lucifer No 3, Guerlain Bois d'Armenie, and Bvlgari Black - here I may have been thinking back to the toxic (literally and figuratively) July 12th celebrations in my home town of Belfast...

Now, the alert reader may have twigged to the fact that in vetting a SOTE for the party, so far I have only catered for the preferences of the hostess, while the tastes of the other 39+ guests remain unaccounted for. The enormity of this crowd-pleasing concept was not lost on me.

So what did I choose in the end, you may wonder? Well, it was more a case of being chosen than doing the choosing, because of an accident early on with an atomiser of Natori, which led to my whole neck area being covered in that. One arm also had lingering test sites of Bois d'Armenie and Lucifer No 3, though these had been rejected as contenders, and then over the course of the day I additionally acquired patches of the following during my visit to Fascination Perfumery in Lytham (separate post follows shortly):

As if that weren't enough, on reaching my friend's house at 5 o'clock (who was busy preparing for the party, stirring a cauldron of mulled wine with one hand, emptying 24 bags of crisps into a big glass bowl with the other, and and sipping a mojito with the third), I realised that I had one wrist still going scentless and spare, while the Natori from the morning on my neck was now largely residual.... so I added a few squirts of FM L'Eau d'Hiver for good measure, also on top of the Etro Etra on the other wrist, as I figured that might layer quite nicely.

In short, therefore, the whole notion of picking a single scent to wear - which would encapsulate my perfumista persona whilst not offending the sensibilities of the consensus - had gone totally out the window, basically. Starting the day by wearing the reject test scents (particularly pungent ones at that) was perhaps an error of judgement, which set the tone for the random chaos that lay ahead as I slipped into "kid in a sweet shop" sniffing mode at Fascination. Now, FM L'Eau d'Hiver might well have been an appropriate choice on its own for an innofensive SOTE, but as part of the muddled palimpsest that was my arms and neck, who can say??

Yes, I know, I might as well used Mr Bonkers' selection method after all...for everyone was far too merry to care what perfume I was wearing, myself included.

And I like Mr. Bonkers' perfume selection method. I may try to persuade Himself to follow it.

The method is fun, if you can handle the obligation to wear whatever chance throws up, regardless of season, weather, occasion or mood!

After the enforced diet of the Signature Scent Challenge at the Posse, I spent the day in a pastiche of different fragrances: La Myrrhe, Lumiere Noire pf, and vintage Dior Poison. None of those are exactly shy, and they wound up shouting at each other somewhat.

But I smelled good to myself. So I hope you enjoyed the pastiche you wound up with, even if you're a bit hungover/sugar-sickened/dream-drunk today.

Well, it was overridingly a house warming party, but happened to fall on the weekend of Guy Fawkes, so the fireworks did double duty to mark both occasions.

Goodness me, what a textbook case of "rebound perfuming" after the rigours of the minimalist challenge. No shrinking violets as you say (and I know you have been wearing some violet scents lately!).