Sean John I Am King And An Unforgivable Error? 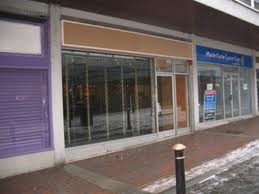 The other day I was in our local shopping centre, a dismal place mainly occupied by cheap shoe and card shops interspersed with empty units where businesses have ceased trading, presumably because they went bump. Our town seems to be the kiss of death to retailers, though T K Maxx and charity shops representing all the main ailments continue to thrive. In the centre are a handful of mobile stalls where you can buy blingy urethane handbags for £5.99, convert your gold jewellery into cash, have your laptop repaired while you wait (astonishingly!), or your eyebrows threaded in full view of passers by.

My attention was suddenly caught by a new perfume shop that had opened up in exactly the same spot as the previous one which had closed. Clearly the owners must have thought they could make a go of it where the other shop had failed. Although I was familiar with all the mainstream brands stocked, I stepped inside and hovered near the door, scanning the fixtures for (relative) bargains of anything reasonably congenial.

Meanwhile, the sales assistant approached a chap - in his 30s at a guess - who was standing in front of the men's section looking puzzled.

"Can I help you, sir?" came the friendly inquiry.

"Well yes, actually. I was staying over at a friend's last night and he let me borrow his deodorant this morning and I really liked it. So I am looking for the cologne that goes with it if there is one."

No further questions were forthcoming.

"Oh I see, well what about this one here, sir?" said the assistant, proffering a bottle of Sean John I Am King.

"Ah yes, Sean John rings a bell, that'll be it!" exclaimed the man, beaming with delight.

I couldn't help noticing that I Am King comes in GREY packaging, whereas the customer had clearly stated BLACK. And he had only applied deodorant that morning so you would think the memory would be fairly fresh. So when I got home I googled the Sean John range and found out that the packaging for Unforgivable is jet black. And there is an Unforgivable deodorant. 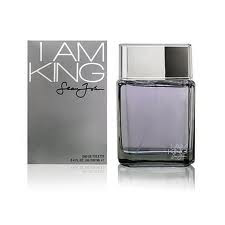 To complicate matters further, there are THREE other Sean John scents which need to be ruled in or out of the inquiry: Unforgivable Black (2008), I Am King Of The Night and Unforgivable Night (both 2009). The first is in a black bottle, while the latter two have black and gold packaging - not quite as deep black as Unforgivable or Unforgivable Black - more of a charcoal in fact - but definitely black enough to be described as such by someone hastily squirting his armpits with a canister of that general hue. However, the two most recent launches were limited editions, and having quickly checked the shop's website, I saw that it doesn't carry any of the three. Plus I couldn't find any evidence of deodorants for these other Sean Johns, though I cannot be sure on this point.

So did the customer suddenly remember that he had in fact meant grey, not black? Or had the SA run out of Unforgivable and taken the view that the two scents were close enough for her to offer him this as a covert substitution?

To gain "closure" on this incident, I thought I should look at the notes of the two scents to see how similar they are. Note the emphatic nature of the capitalisation, which only serves to reinforce Sean John's regal status...

SEAN JOHN I AM KING 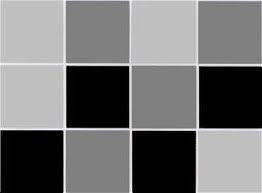 Hmm, now I am fairly rubbish at imagining how scents might smell based on their note listings, but I Am King sounds a lot fruitier and less aromatic to me, and it would seem that a couple of reviewers agree.

Here is Grottola's verdict on Basenotes:

And Robin, of Now Smell This:

"I Am King is not fancy or fun; if anything, it’s a mid-grade, boring sport fragrance — for young women."

And then I found someone who had actually written (after a fashion) about the difference between the two in an Ezine article: 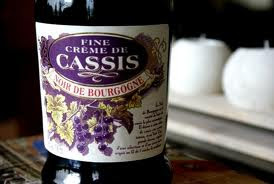 "Comparisons, if any to Unforgivable Cologne, the first fragrance launched by Sean John cannot be completely shunned. First, the mix of notes is so typical of Sean John and his fragrances. You would find the strong citrus-y opening note in I am King Cologne, though in the Unforgivable, you could find a milder version of the opening note itself. One place where Sean John fragrances score over other fragrance lines is the uncompromising mix of French berries, which is so typical in these fragrances."

I love the notion of the "uncompromising mix of French berries".

Well, the berries may be uncompromising, but the fact remains that the customer may have settled for a compromise by so readily accepting a grey Sean John scent instead of a black one. Unless he happens to suffer from "monochrome blindness", which the sales assistant correctly anticipated, and he has in fact ended up with the scent he smelt in his friend's bathroom.

gah I cannot keep up with the celebrity name changes as well as all their goods! I actually had to google who Sean John is...oh yeah, P Diddy. Arghh.

I can't keep up with them either, and have no desire to normally. But on this occasion my sense of "moral justice by proxy" got the better of me and prompted this flurry of investigation into the Sean John line!

How the SA thought of Sean J in the first place is shocking. There are tons of men's fragrances that are black. I feel so sorry for the customer and I hope he enjoys his King. If not, this might have turned him off fragrances for a long time! Eeeek!

You are right about there being a lot of black mens' fragrances. The customer did seem to recognise the name Sean John, mind, so she may have struck lucky with the brand at least. Though if he is unsure about his greys and blacks, you never know. Does Elton John or Sean Lennon do a deodorant, I wonder?

Sean Lennon?? Is he still around?

It's lovely that you've done more research into the fragrance possibilities open to that daft chap than he bothered to do, bless him.

Maybe Deodorant Man will borrow a splash or two of this stuff from Sean John Man, and the SA will sell the next Blue packaged aftershave to Deodorant Man as the Grey one, and keep cashing in on their inability to learn names from packaging and recognise colours? It's a living, I suppose;-)

Hoping that Charlie Bonkers the Cat is recovering from the weird trenchpaw condition,

cheerio from Anna in rainy Edinburgh

Haha - what a cunning ruse - such obfuscating tactics could give a real fillip to perfume retailing if they were generally adopted!

And poor old Charlie Bonkers is due another visit to the vet's on Monday to assess how entrenched her trenchpaw condition remains...

Yes, I am still Flittery One - I just "outed" myself to see how that felt. Toggling between identities is all part of the flittery way.

Your town sounds like the area where I work, which has been labled "the economic Bermuda Triangle" by one of my colleagues. :P

And what on earth does a "water accord" smell like"? I mean, I understand "sea accord" or "ocean breeze" or something of that sort. But "water accord". Normally, when water has a smell (in a non-maritime context), it is not one that makes me want to inhale deeply...

Vanessa, you have perfectly described what 'Flanker Hell' must feel like.

Outing yourself is a good thing. 'Vanessa' is too beautiful a name to stay hidden.

Why, I didn't think any parts of your city were economic black holes - the whole of your country strikes me as so prosperous, but perhaps it is just a veneer in places?

Yes, "water accord" tripped me up as well. If there was an accord you would think there would be something in there as well as the water, in which case it would be a "weak cranberry juice drink accord" or a "something else accord" of some kind, anyway.