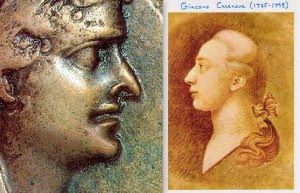 Over on Ça Fleure Bon today, nine contributors write about their Scents of Seduction , and there's also a 14-piece fragrance draw. Mr Bonkers and I have been together for over 15 years, so the notion of a Scent of Seduction is a bit of a misnomer in our household. But if I had to go back and woo him all over again, fragrance clearly wouldn't be the way to go!

We both received two cards this morning - we can always count on one from the cat - but our choices were not without incident. Mr Bonkers picked the same card for me as last year, and ended up selling it on to Charlie. It was one of those pricey ones with things stuck on, and the cat wanted to draw my attention to just how many Iams crunchies had changed paws in the transaction. So she managed to peel off the price label from the cellophane wrapper (after vole disembowelling it was a breeze!), and affix it under her spidery signature, which does not seem to improve with annual practice.

Meanwhile, I accidentally sent Mr Bonkers a birthday card instead of a Valentine, but it had heart shaped chocolates all over it so, hey, it was an easy enough mistake to make... : - )
Posted by Vanessa at 09:35

Well, a birthday is an anniversary, after all...and today is the xth anniversary of celebrating Valentine's Day (in your fashion)...so...Happy Birthday with chocolates it is!

I'd say apropos of nothing, but your post clearly raises the question: Why can I not pronounce "disembowel" correctly when it immediately follows "vole"?

At least neither of you bought the other a "World's Greatest Grandpa" mug. :D Not that I've ever done that... but there's time. Oh yes, there's time.

That's an inventive way of getting me out of my particular hole! Can't help you on the disembowelling front, but suggest you try practising in front of a mirror? And speech therapists seem to be all the rage at the moment...

Now that is a scary thought!

That's a fab price but we both already own it, haha - it would be an absolute steal for someone else, though!