New Wikio Blog Ranking: Because Beauty Is In The Eye Of The Searchbot 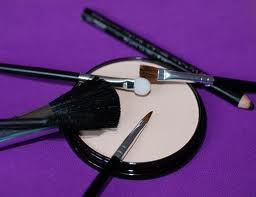 Some readers may have spotted the newest addition to this site, a red badge from Wikio, the information portal, listing me as No 44 in their Beauty Blog rankings. I decided to display it not because 44 is a particularly impressive ranking - but rather because it is any ranking at all in a category with which I perceive myself as having a very tenuous affinity. The only post I can remember writing about cosmetics, Mouldy Old Kohl And Broken Bits Of Blusher, didn't exactly present my make up bag in an optimum light...

Now I think about it some more, I also wrote a couple of posts about an Avon face cream, and one about a Chanel nail polish - or about wanting to have it rather than the actual item itself. And along the way there has definitely been something on a Mitchum anti-perspirant and Label M's hair souffle, but that is about the extent of it as far as I can recall, out of nearly 200 posts now. And the latter two aren't really about beauty so much as avoiding the twin personal grooming crimes of unsanitariness and untitivated hair. So I am quietly fascinated by this whole web crawling business, with its armies of industrious software spiders, scurrying in all directions to forage for billions of cyber titbits. Now it should be remembered that these searchbots are by definition a bit robotic: just for fun I googled "Wikio badge", and got a site called "Behind the Badge". Ah, I thought, a whole blog devoted to decoding the algorithm behind Wikio categories and rankings. But no...it was a blog that offers its readers "General rambling from the perspective of your friendly neighborhood former policeman".

So, bearing in mind the vagaries of web crawling, I couldn't resist taking a peek at my listing under Beauty on Wikio and found that I do in fact cover the following topics:

Why, this is is a revelation to me! I didn't know that I wrote about "Lifestyle" particularly. Well, maybe my own lifestyle, which - when I am not burning rubber on foreign freeways - mostly consists of sitting about in my pyjamas a lot. Could that in fact be what they mean by the third heading, "lingerie"? Thinking of the fleecy M & S pair I am sporting at the moment, that might be a bit of a stretch. And I don't believe I wrote about actual underwear lately. Hmm, might there have been a teeny reference to a satin teddy in a post about Natori? Or was it Stella Nude? Just checked...it was Natori, silk, and the simile in question was not necessarily my own - says she, quickly trying to shimmy off all suggestion of responsibility for louche lingerie allusions. 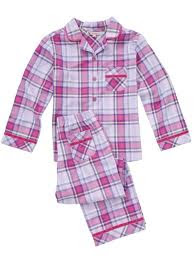 Hold on, though - these headings are in fact hyperlinks to the selection of posts containing material on each topic. So the lingerie one is based on my recent post about L'Air de Rien (okay, I did utter the words "carnal filth", but no lingerie per se was mentioned. More a scenario where lingerie could have been worn, at least initially).

Then the next post was this one about my nightly ritual of wearing Agent Provocateur to bed. Which does involve pyjamas at least! But again, not lingerie in the sense I understand it. And my regular application of Agent Provocateur was prompted by a desire to quantify the number of wearings in a 4ml mini rather than an attempt to create a boudoir ambience.

And finally, the third post mentioned concerned an Estee Lauder mini of Pure White Linen that went bad during the heatwave last June. I used the word "Impure" in the title, but didn't mean to connote any kind of lewdness or conduct involving scanty clothing. What is slightly concerning is that I wrote that post ages ago, yet it is one of the most popular posts from the past 30 days, suggesting a lot of people might have read it, unless they were shocked by the title and clicked away sharpish! 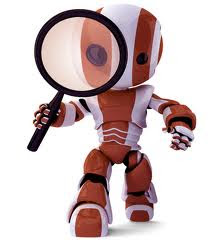 Hmm, I may have spoken too soon...I just clicked on LIFESTYLE to see what exactly Wikio was classifying there, and on Page 2 up popped titles including the phrases "embrace your inner nymph(o)," "sultry sweetness" and "the dirty half dozen". No wonder they think lingerie is mixed up in all this! On the basis of those saucy spoils from the searchbots, my back catalogue sounds like pure, unadulterated smut - or do I mean impure, adulterated smut?

But at least I am living up to my categories. If you think a Lingerie-Wearing Lifestyle one belongs in Beauty in the first place, that is. Well, the nicer stuff might do. Not those grey and forgiving big pants (known euphemistically as "full briefs") which you hang on to just in case you ever need to wear a very poor quality of pants one day for some reason (though the particular circumstances in which this need might arise are never made clear). So yes, there is a chance that visitors may find Bonkers too lingerie-focused, too racy altogether, which is a possibility I had never entertained.

I bet some of you are wondering why I didn't register my blog under the Perfume section instead of Beauty, because there clearly is one - I know a few highly ranked bloggers with badges to that effect. Well, I actually registered Bonkers under "General" blogs, as I couldn't spot a category for Perfume in the drop down menu at the time I joined - or not on the UK Wikio site, or whichever one it was. Maybe I should have clicked on "No Specialisation" and then typed "Perfume" into the comments box below, the way you do with those "Unlisted Brand" and "2Grrls" options in Makeupalley. And where on earth did they get "2Grrls" from, anyway? But as things stand on Wikio, I don't believe you can "port" your blog across to another category.

Now in General blogs I am currently 3396! Out of how many, goodness knows. That level of ranking is considerably less to write home about than on the Beauty side of things, but at least I can confidently describe myself as "general". I don't think you need to have a broad spread of topics to qualify, but if you do, I obviously have a foot in several thematic camps already. My own belief is that General is entirely made up of lost speciality blogs like me. So I probably fit right in.

So the only question left is which of the remaining categories Bonkers about Perfume might fetch up in next. I think I could make a case for Cars motoring (sic), Knitting, and Wine and beer, but Parenting seems like a long shot, ditto Law, Economy, and Religion and Belief. I don't see a category for Humour, come to think of it, so if the bots get to read this and are not amused, there is always a chance they might boot me and my Beauty badge off the site altogether...

Thanks for dropping by! And get well soon, if you are the Sam I think you may be...

Maybe you should work in Kenneth Williams quotesn from Round the Horn? The ones that go "It's nothing but filth, I tell you! Filth and smut!"

Don't know about the searchbots, but I'm liking your sense of humour.

Oh, searchbots. And algorithms. And the stat monkeys.

I keep on writing a treatise in this comment box and then erasing. Perhaps I should retreat to a frustrated pout emoticon when it comes to this topic? Let me try: ~8-/

The searchbots and stat monkeys are only as good as they are trained. Currently, one searchbot pointed at my blog has my content as "100% technology." Personally, I find the idea of my mish-mash to be 100% anything to be amusing, but of all categories, technology? I mean, I did write about an iPod app once. One must laugh.

Seriously, over at First Nerve, Alexa was being held up as the source for much analysis. Among others, Ars Technica talks about flaws in the Alexa rankings and methodology. Which isn't to point and waggle fingers at one source and use so much as to indicate a representative cautionary tale. Numbers exist. But how?

In the end, I'm much more a fan of watching the content than watching how searchbots are tracing your traffic. But then, I'm not optimizing for purposes of--what does Blogger say?--"monetizing" my blog, or attracting search engines, or any such. Perhaps I should be. I am not immune; I put up a badge. I guess I'm just saying that if one chooses to follow numbers, it helps to be aware of how they are marking the trail.

In the end, I'd much rather follow paths like yours through the data. Much more fun that way. (By the way, you didn't include "macadam." Based on previous posts, you could be considered for a road surface category, no? Now that's Happy Trails, Bonkers-style. :) )

If Blogger start this Vanessa I will get kicked off for hardly mentioning fragrances at all . I might get a red star ! At the very start of my computing life a friend told me to be careful if I put the word "bunny" in ! I began to see what he meant all to soon .I would love your opinion on Bare Escentuals .

Loving the new emoticon - clever the way you got its hair to stand on end!

Was tickled to learn that you have been classified as a 100% technology blog - does this mean that behind those homely pictures of hyacinth potting there lurks a massive, high tech agrobusiness?

I know what you mean about the need to cross refer multiple ranking sources. That Alexa rating system works on a special toolbar, I believe. I don't have one of these and have no feeling for whether the average reader who finds his or her way to this site would have either.

Haha - "path through the data" is generous - or possibly ironic! I was merely standing back in bemusement, surveying the tangled thicket of algorithms beyond...

I bet your blog is all over the Political and Knitting categories like a rash! : - )

See what you mean about "bunny". When writing about Charlie, I instinctively know that "puss" is preferable to the longer version of the noun...

I haven't investigated any mineral-based makeup, but my impression is that they look a bit powdery when they are on? I think I will stick to my Barbara Daly foundation from Tesco!