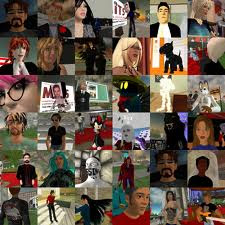 Mrs Bonkers Senior describes herself as a fair weather gardener. I would describe myself as all weathers non-gardener, and only engage with the shrubs in our very dull front bed when the more aggressive specimens like ivy and cotoneaster threaten to prise open the living room window or even insinuate themselves into the fabric of the walls themselves. Which does actually happen every 10 years or so - prompting Mr Bonkers to launch a frenzied attack on these impudent lianas with a pair of blunt and rusty shears.

Now when it comes to PCs, I would describe myself as a fair weather computer operator. I am completely at a loss when settings mysteriously change of their own accord, and have only the sketchiest grasp of things like html code or javascript. I need to be able to add widgets on my blog as you might place a cherry on half a grapefruit (or you might in 1970, when I last did Domestic Science). If there is anything more complicated involved, like scrolling through the main blogger template till you are cross-eyed looking for a line of code that looks roughly like "p blah blah some kind of brackets data:post.body slash close brackets", or having to open screes of code in Notepad - which I am dimly aware is not the spiral-bound jotter by the phone - well, I simply don't want to know. 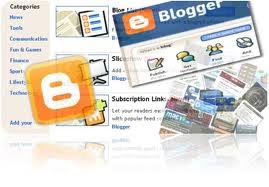 Thus it was that last weekend, in the course of my hamfisted attempts to add a Facebook and Twitter share button, I managed to delete some text in a sidebar, and every time I went to add it back in, I got messages along the lines of "corrupted code, insert fresh code", right by that irritating little wrench sign that purports to be for my eyes only. It was all rather distressing at the time, but worse things have happened since, with which I shan't trouble you, enabling me to move on.

On the plus side, I didn't accidentally delete all my followers, who collectively comprise a cheering and colourful enhancement to this blog. Yes, at the risk of coming over all unnecessary, I confess to feeling a frisson of excitement every time a new avatar appears. The cubed montage - I believe it even has a proper name ie "avatar mosaic" - reminds me of those executive puzzles where you slide the tiles around to make a specific formation. As far as I know there isn't such a facility in Blogger, say if you thought someone's avatar was particularly fetching and you wanted to keep it in your top line. The last man in bumps an earlier follower into the invisible panel behind, or that is my impression. 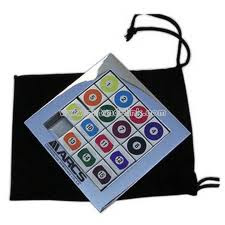 But notwithstanding the shortcomings of followers as a human executive toy, I would like to thank every one of the 63 people on there currently who have taken the time to click on the "Google Follow" button, including the unfortunate person who appears to have lost his or her head, and defaulted to the rudimentary representation by an "X". Maybe they are called Malcolm. No, I have just checked, and the person in question is a lady lawyer in South America. She may need to keep a low profile for professional reasons, which arguably I haven't helped by drawing everyone's attention to her.

Now, round about the 57 follower mark, someone joined and promptly unjoined. At least I assumed it was the same person, rather than the perfectly timed coincidence of one follower joining as another one cancelled. Whatever occurred back there, I never established who had left, or the reasons why. I am trying to make up my mind which is better: someone quitting within the hour or a long term follower deciding they have had enough. The first instance could be down to a simple mistake - you would be surprised how many people find Bonkers about Perfume whilst looking for avocados. They may have hit the Google Follow button in an unthinking moment, only to have immediate second thoughts, once they realised how few column inches are in fact devoted to this nutritious fruit. 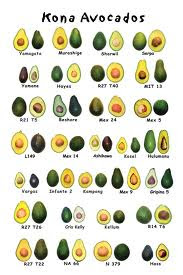 As for the scenario where a person leaves after some time - if that is what happened - it must take a lot consciously to decide to strike off a blog. (Almost as much effort as it takes consciously to avoid splitting an infinitive, not that anyone cares these days.) I suspect I am listed as a follower of all sorts of blogs I don't read as often as I would like. But to go back in deliberately and unfollow a blog feels like a decisive act, more so than just unfollowing someone on Twitter whose tweets are swamping your feed.

Consequently, I spent a dark - not quite "night of the soul" - but an early evening at least, trying to figure out why a long term follower might have upped sticks. Perhaps they were bemused by my post about Californian road surfaces. Or the sheer number of posts about California last month. Even readers based in California would probably agree that the attention accorded to their state was disproportionate.

Perhaps I should have put a palate-clearing paragraph in amongst all those posts stating that loosely related perfume features would be along again shortly. But then, if I had done that, and the follower had come back today, they would have seen this post on widgets and followers and been resoundingly confirmed in their decision to leave...

Hmmm, I wonder if I should offer a prize for the 100th follower, if and when that time comes, like the sales assistant in Harrods the other day who handled the billionth pound of sales revenue. Though maybe that isn't such a great idea, as the other 99 may quit in disgust at being passed over, and then where would I be?

But anyway, I promise that my next post will be about perfume again. Or avocados. So, please, don't go away, anyone...or get any ideas from the poster above about changing your avatar to an avocado. That would be rather a lot of green - much like our garden, indeed.
Posted by Vanessa at 18:36

:) I love seeing the followers number climb, makes my heart do a happy little dance each time.
Although I somehow managed to lose 2 at the same time at one point. I mean, I didn't do anything, they just weren't there the next day.
Oh well, win some, lose some. With or without avocado. ;)

I love your posts - all of them - you're stuck with me, pal!

Glad you share my frisson foible! It is reassuring to learn that you have also shed the odd follower along the way.

So glad you are sticking around. : - ) Your avatar is very cute in a retro kind of way!

Oh I say, a new follower has appeared - with a head that isn't knobbly and green. Hi, Jen!

"Impudent lianas." I now wish to put those words in the mouth of an elementary schoolteacher, used as expletive. ;)

Ah, so you've fallen into widget watching, have you? Strange things happen there...brain messable events...random spikes in traffic at odd hours...followers in, followers out...links made, links undone...pfffft. I say that not as a sound effect accompanying said numerical shifts, but as an expletive in the mouth of a blogger.

Numbers don't lie, but very often you can ask, yet they won't tell. Whatevs, as the puppies say.

The worst sort of -- brainal retentive? -- gardener is the one who arms self with small nippers and large loppers and spends hours trimming a hedge attempting to bring it into bounds but in a controlled nature sort of way. Invisible trimmery. Like those myriad little reaching in nipperies the hair dresser might perform at the end of a cut. Not that I know or inhabit any such gardener...

...that said, I hope to ultimately get lost in the greenery more readily than the numbery. And wish you an equally pleasing equivalent. ;)

Good thinking about the lianas - there's usually a few in every class these days!

I can't relate so well to the gardening analogy but I have experienced the "myriad little reaching in nipperies" at the hairdresser's. I often wonder how they know just where to cut. I have even asked them the question, and think they have rough mental maps of our hairways.

Brilliant! I have spent a stupid amount of time wondering about blog etiquette. Do you get a little email when someone "unfollows" or do you just recognise by the numbers? I have never yet been brave enough to prune my FB friends, the only one I unfriended was someone who had over 1000 friends so I figured she wouldn't notice me missing. Now I'm not so sure. I have just clicked through all your avvie pics to make sure mine is still there, and it is, albeit under another id.

You've gone and taught me another term now - "avvie"! That's right, I only worked out I had lost somebody by the numbers. I haven't figured out how to prune FB friends yet - I assumed it would be really difficult, like leaving FB altogether is reputed to be. They even hold seminars on the subject, would you believe.

I use avvie because I'm never sure of the right spelling of avatar/avator.

As well as my one unfriending, I have managed to put a raft of people in a list that means I see their comments on my page, but not their status(statii?). See, social networks are a minefield for those of us who are not hugely social, but are slightly pedantic.

I'm jolly pedantic and would be more social if I got dressed more. Which reminds me...

Did you know you had an opposite number in Boise, Idaho? Cute toddler called Elliot - at first I thought you'd had another baby and then the penny - or rather the lettuce leaf - dropped!

I think that's why I went for Mixedbabygreens, to avoid tripping over existing business' blogs. Definitely just the one baby here!

Just think of all the laundry you save.

Hello from number #67! I am very happy to be here, and am a little surprised that I did not find my way sooner...
:)

Glad you found your way here and I must say your name is very familiar - I think our paths may well have crossed on some other blogs we both follow.

this reminds me that since a week i have not checked my followers number and I always follow who follows me. Hugs Dear one!

I don't think I am as methodical as you are in the reciprocal following stakes - though I usually include people in my blogroll who list me in theirs, and some more besides. : - )

Just redressed the following balance between us!