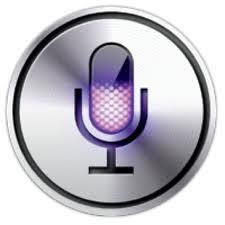 The other day I was using Siri (the voice recognition system on the later generations of Apple iPhones) to write an email, in which I was talking about a friend's love of Gorilla Lust perfume.

"I enjoyed whiffs of indolic sillage" I dictated, taking care to enunciate clearly, as Siri works best if you speak as though you are in an elocution lesson. If you mumble, it won't have a hope in hell.

Despite my efforts to speak clearly, Siri rendered this sentence as: 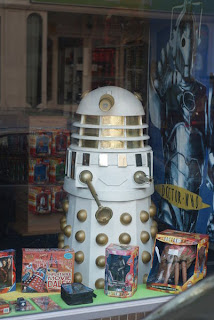 ...which prompted me to laugh out loud, even if it did nothing to get the email done.

So today for a laugh, I decided to speak the names of some iconic perfumes into Siri and see what it made of them...To this end I fetched up a Daily Mail article entitled "The 20 Best Ever Perfumes", to randomise the exercise basically, so no one could say that I deliberately picked tricky names that Siri would be predisposed to massacre. That said, as you will see below, Siri doesn't do too well with anything perfume-related. I think it may well be because Siri doesn't speak any French whatsoever, and some of the most classic fragrances and their houses are of course from France.

But anyway, here goes - these are the undoctored results - and I promise I wasn't mumbling.

Does Siri mean the manufacturer of cycle gears? 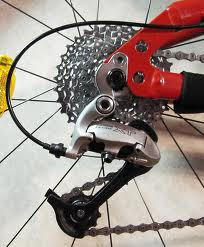 "I don't know what you mean by 'Shalimar by Geller'. How about a web search for it?"

So I hit the button "search the web"... and the top result on Google was:

"17 year old Equitation - The Capital Challenge Horse Show", in which a horse called "Ellie de Shalimar" appeared to have entered.

"I don't understand 'Leading Trump I nearly', but I could search the web for it."

This search led to a couple of contrasting results, one featuring a gambit in card games - "Leading Trump in Defense" - and one to do with Donald Trump! 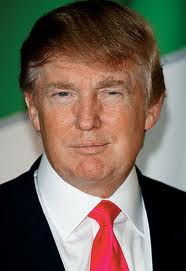 "Sorry, I can only look for businesses in the United States, and when you're using US English."

"I don't know what you mean by 'Waiting Bagleys'. How about a web search for it?"

The web search brought up the website of Bagley's Poplar Ridge Vineyard. 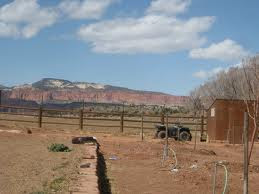 "Sorry, I couldn't find 'Codeine in me' in your music."

"Schedule by Christine Dall. When is your event?"

So to anyone reading and in possession of a Siri-enabled (I use the term loosely) iPhone, I would LOVE to hear your best - as in worst, and funniest - results using Siri to speak the names of your favourite perfumes. Or any perfumes indeed, of whose names you think it might have even half a chance of making a decent fist.

Oh, I should just try Patou's Sira des Indes, shouldn't I? Siri might just take it for a relation.


Photo of Siri logo from zdnet.com, photo of dalek from Wikimedia Commons via Peter Trimming, photo of Donald Trump and Shimano gears from Wikipedia, photo of Bagley's Vineyard from rburks.com
Posted by Vanessa at 20:43

Glad it raised a smile!

Siri was certainly on form tonight (as in off form, obviously!).

I second Carol. I was reading this post on my dinner break, sitting at my desk eating soup. Laughter is dangerous with a mouthful of hot minestrone! :D

Oh my goodness this was funny! I really didn't think Siri could get that obsure. My favourite was "Sorry, I couldn't find 'Codeine in me' in your music."

Thanks for the laugh, V. It was a great idea.

This is a very good reason for me to a iPhone.

Now I wish I had an iPhone so I could have a bit of fun with it.
although, I must admit I started wondering at your pronounciation at 'Waiting Bagleys' - where did that come from out of Poison?! ;)

I can well believe it! All those "particulates" of pasta and veg that could inadvertently be spluttered in unwanted directions. Heaven forbid on your keyboard!

The codeine one was a cracker, I agree, and generally I was surprised at just how random Siri was. Mr Bonkers had a go at "Chanel No 5" and Siri said: "I have no Chanel in your contacts - shall I do a web search?" So this sounded promising on the face of it, except the first thing it turned up was "Cannock Chase Roofing".

It is a total mystery - even if I had been mumbling, I wouldn't have been mumbling anything approximating to that, haha!

I did try redoing the exercise in an imitation of an American accent, and had more success, especially with the perfume houses like Chanel and Dior, if not the names of the scents themselves.

Most of the perfumes names I know as pictograms ;), I'm not sure I could pronouce them recognizable enough for the knowing human ear - let alone a speach recognition system. So for me it was a smile through tears ;)

Haha - I am sure you make a better fist of the names than you think, and if you speak with an American accent (which I am not sure if you do or not), you will have a big headstart over me speaking in a fair imitation of a French one!

Ha ha ha. That is hilarious. Siri is not as good as my smartphone, I have to say. Another tick against the iPhone ...

Hysterical! I have to admit though that I use Siri a lot and don't have much of a problem with "her." But then again, I never tried to to talk perfume :-)

It is spectacularly bad at deciphering British English, that's for sure. And French is a complete non-starter, as you can see! Stick with your Smartphone if that function matters to you. : - )

I suspect you have an US accent on your side, plus you may have trained Siri to get used to the sound of your voice. That can be quite key apparently, though Siri has had time to grow accustomed to mine, to no avail!