The Buyer of Back Up Bottles: Strategist or Squirrel? 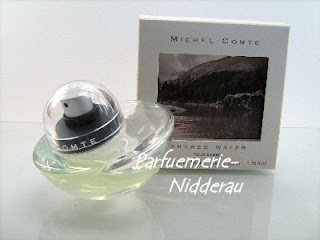 My mother knew a woman once who kept 52 2lb bags of sugar in her wardrobe. This was not during the war or the period of rationing that followed - I don't believe the oil tanker drivers were even on strike at the time. The woman could not explain her hoarding behaviour, and died some years later with the sugar stash intact. Thinking about it, my partner gets a bit anxious when the household supplies run down to the last four litres of milk or six toilet rolls, and he has yet to see the petrol warning light come on in his car.
Some people may buy extra bottles of the same scent for similar reasons, namely to prevent even the slightest hiatus between their running out of one bottle and being able to get to the shops to buy a replacement. I would say that a hiatus is more problematic in the case of toilet roll and milk, but everyone has different priorities.
Another reason for buying back ups is because a scent has actually been discontinued, where fans of a particular fragrance buy up any remaining stock while it is still in circulation, much like Monsieur Eme in the novel Musc. (See my post of 27th October.) Out of my collection of c50 full bottles, I must own up to one back up bottle of Michel Comte's Shared Water for Women. I found the last case of it in Western Europe at a perfumery shop in Germany - Parfuemerie Nidderau above - and bought one 50ml bottle. I am not sure I would have bothered if Shared Water hadn't been such an unusual scent, inspired by the icy waters and Alpine flora of Switzerland:
The notes are:
Top: Mountain Narcissus, Purple Shiso, Bergamot, Lily of the Valley, Violet
Heart: Freesia, Orchid, Vanilla
Base: Patchouli, Vanille, Vetiver, Moss, Basmati Rice
A third - and perhaps the most common - reason why perfumistas back up their bottles is in anticipation of a reformulation by manufacturers, for example in response to the latest IFRA restrictions, which have in their sights fragrance substances such as oakmoss, birch tar, coumarin and natural jasmine. Lovers of classic fragrances such as chypres are those whose collections are most in jeopardy, and it is they who are investing in single and sometimes double back ups of a beloved fragrance. Now it may be the case that certain perfumes I love are going to be changed beyond recognition, but I tend not to keep up with the latest developments. and as a general rule am more inclined to confront change after the event. If I don't like what has happened, I decide then how to respond rather than aiming off for the eventuality by buying back ups. Just as I turn up to the railway station sometimes to find my train has been cancelled, or my station is closed, and have to figure out a Plan B on the fly.
For the way I see it, if the formulations of all my favourite perfumes remained intact, I would still need many lifetimes to get through all my bottles and decants and samples. So if I went and bought back ups for even 20% of them - hypothetically assuming 20% might be at risk for one reason or another - that's another litre of the stuff that I won't get round to using. Making me not unlike the lady with the bags of sugar...
Posted by Vanessa at 15:13

I don't have back-up full bottles of anything due to financial constraints. I do, however, have back-ups of decants of fragrances that I love. I'm sure I won't get around to using all of them either. The total volume of all my fragrances combined is ghastly and I'd have to be embalmed in the remaining mls to make use of all of them once I expire.

Now I am a bit, quite a bit, of a hoarder. I might fall in love with a sample of something, spend waaaaaaaaaaay too much time seeking out a reasonably priced FB or decant, then once I acquire said FB or decant, I won't use it! Strange, no?

You are the second person who has mentioned the embalming ploy as a way of using up spare fragrance - it may yet come to that!

And you are absolutely right that, regardless of whether we technically have two bottles of the same scent, just owning a collection as humungous and un-use-up-able as we both do have brands us as hoarders already...

I have found that whenever I buy an identical item to a favorite, I never get around to using it. I think the back-up phenomenon has a lot to due with being afraid to be without one's current favorite anything, without being able to forsee our own natural fluctuations in need. I've mostly had this experience with makeup, as I'm radically aware of my changeability in response to perfume, I don't have any back ups as of yet. I DO think of it, as you say, to ward off nasty reformulation surprises or obsolesence, but most of my faves are vintage anyway ; )

PS: Wow, how did I get that bizarre numbered moniker (see above)? I'll choose another "profile" and see if it's better

Yes, the make up analogy is a good one, and my late mother's wash bag contained three identical new lipsticks in the shade "Pink String" by Yardley! I was very distressed when No 7 suppressed my beloved slate blue eyeshadow, but I have found something close enough in the Mac range. I have also had a panic over a Mac blusher that had me scouring Ebay worldwide! All these scares seem silly to me now looking back, not least because I have about 15-20 other eyeshadows and blushers anyway.

And as you and Lovethescents say, you don't always get around to using the thing you have stashed away in readiness. And of course tastes do change - sometimes by the month in the case of scent, so a concerted back up campaign of current favourite bottles is probably doomed for that reason as well! : - )

I could see it was you when I clicked on the link, but didn't "out" you in case you preferred to remain mysteriously numerical...

Oddly enough, I have had that Nidderau link in my favourites since you sent me the sample of the very lovely Shared Water.

I don't do back-up bottles. I have about 20 bottles in various stages of fullness, and know that every time I buy a another bottle it pushes back the time when I will finish any of the other bottles. There are scents in my current rotation that I won't replace when I finish them, and some that I will probably trade or sell away before finishing. Chemistry changes, lifestyle changes, and I have enough commitments in my life already. Like all relationships, they don't have to be for good. I suspect that my perfume drawer will always house Timbuktu and Chanel No 5 in some form, but I'm not sufficently worried about their availability to stockpile. The internet has made it much easier to track down favoured scents. As long as I can find one exquisite Duchaufou I won't really mind which one.

Hi Hebe, interesting to get your equally relaxed take on things! There are so many things out there to love that one doesn't really need to get hung up about owning a particular perfume in perpetuity. In a weird way, the odd scent getting the chop or being adversely reformulated can actually lessen our option anxiety!