The "Scent Crimes" Series: No 4 - The Lazy Sell 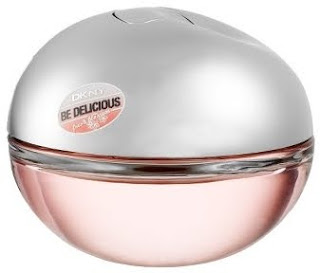 'Tis the season to be relieved of more of your money than you planned to spend in the Christmas shopping frenzy, which now of course starts as early as February. We are perhaps more suggestible at this time of year because of the festive lights and piped carols, and I am as prone as the next man to buying six sparkly clutch purses in one go - in different colourways, admittedly. (Well, maybe not the next "man"). But people can get carried away and part with too much cash at any time of year - on potentially inappropriate items even - that they (or the recipient!) may live to regret.
Thus it was that I was in a well known high street chain last summer standing behind an elderly man who was being "advised" by a sales assistant on fragrance choices for two female relatives. He was 85 if he was a day, and didn't look particularly affluent. Before I reached the perfume counter, he had already made one purchase - of Gucci Flora - but I am not privy to the background to that sale. Next up, though, he asked for help in choosing a scent for his daughter. "How old is your daughter?" came the very reasonable question from the SA. "Forty-four." "Right, so how about DKNY Be Delicious Fresh Blossom, then?" said the SA, giving the tester a quick spritz on a paper strip, which she proceeded to waft in front of his nose. "Mmm" the old man mumbled non-committally, before walking out two minutes later, nearly £100 lighter, with the bottle of Flora and the 100ml size of Be Delicious Fresh Blossom. The SA had taken more time presenting the size options than she had on choosing a scent for him!, and in such a way that the fellow may have felt a cheapskate if he didn't buy the largest bottle available, a humungous globe-like thing the size of a small child's head.
How pained I felt as he walked out with these two hastily sold purchases! I wanted to rewind the scene and intervene, asking the questions the SA had not bothered to put to him. "Do you know what perfumes your daughter already owns? Is this for day or evening? Is your daughter outgoing and bubbly or more quiet and reserved? Are there any particular flowers she likes?" And so on... If he genuinely wanted to spend a ton on perfume for these two relatives (which is a moot point), I wanted to suggest he buy each woman two 30ml bottles of different scents, thereby hedging his bets and not condemning the women to years and years of use of something they did not care for. Given the chance, I would have gladly gone to meet his daughter and the other unspecified Flora recipient, chatted to them about their tastes and come back with a range of samples for them to try. On the basis of those trials, the man could have gone to the shop and confidently asked for x, y and z, knowing his generosity would be appreciated.
But unfortunately that was all fantasy, a parallel universe I inhabit in my head where perfume buying is based on people's known preferences rather than the first thing that pops into the sales person's head, which may well be what's on promotion at the time...
Posted by Vanessa at 09:04

This makes my sad, strange, or?

A wasted surprsie, a wasted "meet a new wonderful scented emotion" and I do not even bother the money!

Bonkers about perfume I guess...

It is indeed sad to think of all the people given unsuitable perfumes as gifts. I can understand how that might put a person off fragrance altogether!

Like Andreea, I felt very sad reading this story. I feel like that old man was bamboozled into buys his loved ones may not enjoy...like he was taken advantage of. As I read, I had hoped the next paragraph included you stepping in and saying that DKNY is rather loud and adolescent. There are quite a few lovely items available in department stores now: cue my new love, Prada's l'Eau Ambree. Okay, I got sidetracked....I hope if you or any of us witnesses this sort of abuse we'll have the hootzpah to intervene!

I have intervened on a number of occasions where the customer is on his or her own, standing at the perfume fixture and looking lost, and the one and only time I have challenged a SA who was advising a customer I hadn't had any direct contact with myself it backfired, as the SA treated me as if I was some mad person trying to intervene, disagreeing with the various scents I suggested and not showing the customer any of them. She was determined to sell this poor woman Ghost Cherish - or whatever it was - or bust. In this instance, if I had seen him sooner, I should have nobbled this poor old boy before the SA did, then I could have helped him myself!