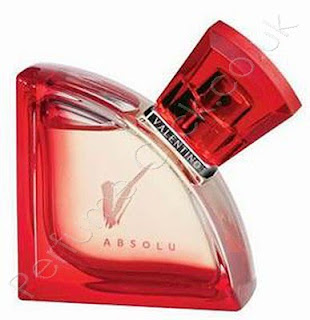 Six months on, I am still getting the occasional request to swap through Makeupalley. I tend not to initiate things these days, though I daresay I will again when I next have an insatiable lemming for some scent or other. The pre-Christmas run up was fairly quiet, then I received a message on Christmas Eve, asking me if I wanted to swap away my bottle of Valentino V Absolu. Well, absolutely I do, for this blind buy in T K Maxx was a horrible mistake, albeit a bargain one. I thought it would be a more intense version of the very pretty figgy number that is Valentino V, but they were barely related as it turned out. The swapper said that in addition to the fragrances on her list, she also had Jennifer Lopez Still. I have never smelt Still, but the notes sounded a bit sweet, so, in a state of excited anticipation, I went to check the swapper's list instead. There I found just two items - not just in the fragrance category - but at all. And they were a Chopard and a Salvatore Ferragamo, neither of which I had tried either, but the brand names didn't fill me with confidence. Plus the Chopard one is described in one review as having a "sweet, fruity, raspberry nuance". The least scary word in that description is "nuance", but in that context it still makes me nervous. Then the Salvatore Ferragamo scent was not named, though there was an intriguing note next to it saying what it was NOT called.

So I wrote to the swapper, thanking her for her interest and explaining that she appeared only to have a few items available, none of which I fancied. Okay, so what I actually didn't fancy was another blind buy (or rather swap), but it amounted to the same thing. I didn't wish to trade.
On Boxing Day I received a reply. In the act of backing down, the swapper may have been having a final go at persuading me: "okay well just thought that chopard fragance would be equal to a valentino :-)"
To which I replied, with a smiley of my own to keep the tone light: "I'd say it would be equivalent, but as I am sure you'll agree, there's no point in swapping for something you don't want. : - ) "
Over the holidays, I have been pondering the significance of the swapper's remark. Is there in fact a philanthropic aspect to swapping that has passed me by, one that goes beyond the RAOK involved in tossing a few extra wishlist samples into a package? Namely that if you don't like something, you should exchange it anyway for something else you (probably) won't like either, knowing that the other party will at least be happy with the bottle they receive?
Ah, but there's the postage costs, and the bother of parcelling the thing up and taking it to the post office... Sorry chaps, but in my book, when it comes to full bottles rather than samples - at Christmas or at any other time of the year - it isn't better to give than to receive.
Posted by Vanessa at 13:30

Absolutely no philanthropic aspects involved as far as I'm concerned and I've been swapping for over a year. As you said, samples are fine but certainly NOT a full bottle.

I've received bizarre requests as well....I only swap for fragrance and have stipulated just that. One girl has sent me a request on two separate occasions stating that she wants a bottle from me and is offering 'lightly used bras' as her size has changed since her augmentation. What in G**'s name????? Then a long story about her medical problems ensued. Perhaps that was her attempt at instigating a philanthropic act! Not from me, I'll tell you!

Lots of lovelies out there, but lots of weirdos too. Heed, heed, heed.

I say, Lovethescents, "lightly used bras" is one of the funniest expressions I have heard in ages! And don't we all wish we had the abundant chestage required to subject bras to "heavy use", as your swapper may now be doing, post-implant...

I think I'm too hardhearted to be a successful swapper on MUA - my one and only completed swap there was with you! And as for being offered "lightly-used underwear...."

Could you ebay the Ferragamo? I've found that's the best route to getting rid of full bottles, someone is always looking for a bargain and is willing to pay postage. I did try Basenotes but most of my collection is not niche enough to be in demand there.

I could have ebayed the Ferragamo as you suggest, for you're right - you can charge whatever postage you see fit on there. That's if I had been altruistic enough to have accepted the swap. I guess I was never optimistic enough to think I would like it and want to keep it instead. : - )

Sorry, I think my short-term memory has gone over Christmas. I meant that you could have ebayed the Valentino. I would never swap for anything I didn't really want, what's the point?

I suppose that if you could tuck the bottle into a fee-free transporter and just swap it with her bottle, the swap would increase her happiness without reducing yours - you swap two people unhapy with their bottles, for one person unhappy with their bottle and one happy. But otherwise, no. Only if you know someone so well that you'd give them a gift would it make sense to give them the gift of all that packing and shipping and postage, even if you do break even on the perfume.

Or I suppose you could do multi-level swaps. Joe wants X and you have Y, and Fred wants Y and will give you X, and Joe has Z, which you want... but that starts to look like a full-time job.

Hey, it does suggest a web application idea, doesn't it? The Swap Clearinghouse! It instructs you to mail Y to Fred, Fred to mail X to Joe, and Joe to mail Z to you, and everybody's happy, with minimum shipping. Or does some variant of this already happen, and I, being ignorant of the swapping world, just don't know it?

Hey, ChickenFreak, that multi-level clearing house idea is inspired! Though I bet it would take some nifty software behind it. Reminds me of the time I was 18, and a boy called Ian fancied me, but I fancied Mark, and Mark fancied Lee and Lee fancied - oh, I forget who she fancied - but it wasn't Mark.

In a bid to be more philanthropic in 2010, I just posted someone a high end make up item today that I was never going to use, and unlikely to be able to swap. This was in the spirit of no expectation of anything in return, though I tentatively tossed out the possibiity of cotton wool... I am not certain the product is still useable after 3-4 years in a drawer, you see, so that is perhaps a more major act of random kindness overlaid with the threat of malfunction?

I bought a bottle of V Absolu about three years ago - I wanted to try something different and I smelled chocolate cherries. I still have some left in that bottle, and it's one of those fragrances that I wear when I don't want to be distracted by being in love w/a perfume. Though admittedly I'll never purchase another bottle of it.

That's a new scent occasion on me: "distracted by being in love w/a perfume"!

If you ever run out and find you miss this one, you know where to come... assuming I never do find a compatible swap deal on MUA.