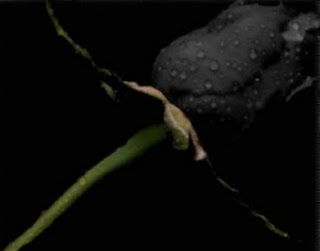 I have only been wearing and enjoying perfume seriously for just under two years, yet even those dark days of scentless philistinism which lasted from childhood to the age of 48 were illuminated and enriched by the occasional olfactory memory. For example, the scent of Yardley Honeysuckle talc, Lentheric Tweed edt or Bronnley's lemon soap reminds me of my late mother. We all have our own store of memories unlocked by scented objects from the past, fragrant equivalents of Proust's famous madeleine.

At a dinner party last year one of the guests, a quietly spoken, deeply religious man of about my age, challenged me to find in my collection a scent that would "conjure up" an old girlfriend from his teens, one who, I inferred, had made a considerable impression on him, as she was still in his thoughts 30 years on. He had no idea whether she had worn perfume at the time - and if so what - but just wanted to smell a scent that he could connect with her in some way.
"Okay" I said brightly. "I'll have a go. So what was she like then?" His reply came as quite a surprise, for I had not suspected a wilder youth. "She was feisty and loud and had a sort of Goth-punk look going on. She chain drank tea, smoked like a chimney and chewed gum all the time to disguise the fact."
After the initial shock wore off, just one scent popped into my mind as the perfect synthesis of his girlfriend's habits: Strange Invisible Perfumes Black Rosette, with its notes of black tea, rose, leather and spearmint. The Perfume Posse ladies captured the personality of this scent in perhaps the two best sentences ever to feature in a review:
" The rose peeps out… of the mouth of a dragon, all fire and smoky blackness, with that same stick of Wrigley’s tucked behind its green scaley ear. Strangely perfect."
I rushed upstairs and fetched my vial, which our guest eagerly applied. And sniffed. And sighed deeply. And said: "Yes, that's her!" And was happy for a fleeting moment to be 18 all over again...
Posted by Vanessa at 13:00

I love your phrase "even those dark days of scentless philistinism which lasted from childhood to the age of 48..."
(mine lasted till 51.7. I'm now 52...)

Crikey - you have even more catching up to do than me, then, which is saying something! : - )