Gorilla Perfume B Scent - A Youthful Rose To Turn Back Time... 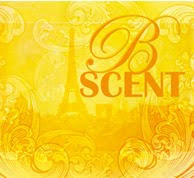 I have been feeling rather old lately. Or if not old exactly, decidedly middle aged and raggedy round the edges. I seem to be acquiring ailments and sundry symptoms of decrepitude at a worrying rate - between the "blogger's back pain", the dodgy thyroid, the bingo wings, thighs and drumsticks, the Gordon Ramsay forehead (niftily concealed under a youthful fringe), the nasolabial lines (they were just bound to have a proper name...), the memory lapses, failing short AND long sight, fungal toes, proliferating moles, thin, crepey skin etc. On reflection, that should possibly be "among", the list is so long.

Yes, the phrase "grow old gracefully" is starting to sound hollow in today's image-conscious society. I am dimly aware of the surge of interest in treatments such as Botox and Restylane, Titan and Microdermabrasion, and I fear it may only be a question of time before having "work done" is as much a social imperative as using deodorant or flossing. 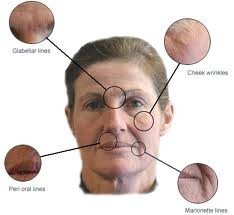 This simmering pressure to look the "best self one can be" - as opposed to the distinctly ropier version that nature intended (aided and abetted in my own case by years of reckless sun-worshipping and general self-abuse) - troubles me from time to time. Consequently, I have taken a little corrective action in the last couple of days, by signing up for some Pilates classes and starting to moisturise an area greater than just the bit around my eyes and above my top lip.

And then yesterday I managed to dab on a cheery scent that brightened my mood considerably: Gorilla Perfume B Scent. One of the original B Never Too Busy To Be Beautiful fragrances, B Scent was resurrected as part of the recent launch of Lush's new Gorilla range, and is the one Lush founder Mark Constantine considered as BNTBTBB's "house scent".

Nukapai, fellow blogger and trainee perfumer from Lush, kindly sent me a brown paper "horse's nose bag" of samples, into which I have been intermittently dipping. There are 20 perfumes in all - the former BNTBTBB lines plus a handful of new releases - but as most of them are new to me I don't really make that distinction. At 20% concentration, Gorilla perfumes are at parfum strength and comprise mainly natural ingredients. I attended a talk last year by Mark and Simon Constantine (his son and fellow perfumer) in their subterranean Covent Garden store, in which they regaled us with stories of sandalwood sourcing skullduggery, and emphasised their own commitment to quality and sustainability. 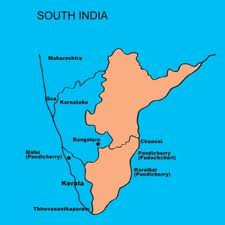 I haven't bottomed out this large collection yet, and of the ones I have tried so far, they didn't all work for me. As with Ajne and other ranges, my response to natural scents tends to be polarised. They remind me of "the little girl with the little curl" in Longfellow's poem:

"When she was good,
She was very, very good,
But when she was bad, she was horrid."

This may have a lot to do with the fact that natural perfumes are particularly pungent on my skin, at least initially. So Ladyboy and Lush were no-nos, for example, while Exhale and 1000 Kisses hit the spot.

And B Scent was another immediate hit, and I note that it contains more than a few of my favourite things...ylang-ylang, jasmine and sandalwood, for starters.

The citrus opening is effervescent in a sherbety boiled sweet kind of way, which soon segues into a rose floral accord. This never strays into cloyingly sweet territory thanks to the judicious addition of fennel and lavender, which Mark Constantine was inspired to add while eating a bowl of fennel-flavoured soup during the development process! Now I don't care for either of those notes in principle, but they tone down the heady florals perfectly and are barely detectable individually to my nose. Yes, you cannot help but feel happy - and younger - while wearing B Scent. So it came as no surprise to read this description of it on the Lush/Gorilla website:

"A stylish and utterly feminine combination of rose tempered with crisp citrus. This is Mark’s daydream of what young French girls smell like." 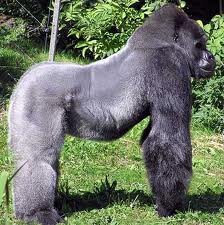 I have been wearing B Scent for two days now, reapplying it frequently to experience the zingy opening again. Tania Sanchez called it a "joyful rose" and awarded it four stars. The only other perfume I can think of which has pulled off such a happy combination of citrus and rose is IUNX Eau Frappée, which smells of citron pressé or lemon sorbet ice cream mixed with yellow rose petals.

The interesting thing about B Scent is that it isn't too girlish on me. This is not a case of mouton spritzed as agneau. And I am pleased to report that Mr Bonkers doesn't think so either. Last night he said I smelt of onions and tonight he said: "When it has worn off it is quite good actually - like Imperial Leather". A perfume can earn no greater accolade from Mr B than to be compared to soap, however erroneously, so in this household that counts as a result.

So, I feel cleaner(!) and younger, and the world somehow seems a better place through these rose and lemon-scented glasses. Maybe B Scent is the new non-surgical face lift. It's too late for Cher, but there may yet be a cheaper, more fragrant way to hold back the years...

Photo of B Scent logo and map of India from the Lush/Gorilla website/blog, photo of face lift subject from skininstitute.co.nz, photo of gorilla from lifeinthefastlane.ca
Posted by Vanessa at 18:16

B Scent was one of the few BNTBTBB scents I had wanted to try. Glad it survived the transition to Gorilla, and I think it's going back on my wishlist at TPC.

You've done my "laughter lines" no good at all - I'll be sending you the bill for the work that'll need doing:-)

cheerio, Anna in Edinburgh (with face-ache from laughing at the recognisable signs of "maturing")

D'you know, B Scent wasn't on my radar at all - I was curious about 1000 Kisses and the one with the long name beginning with Super-, for example, and Lush because of its growing notoriety!

As you know, I like fairly safe, sedate scents for the most part, so anything I will ever recommend on this blog is unlikely to bite the wearer on the nose... In fact I may change my name to Vanilla Galante or Vanilla Anise. They're not far off one of my nicknames at school...Vanilla Mutton. (The other one was much worse.)

Glad to bring a smile to your face on this "dreich" Friday afternoon.

I'm so surprised by your review as I haven't been a huge fan of the range...it looks like I'm going to have to try this one at some point.

As for the fungal toes (!!!!) how awful and those are NOT age-related. You better get those sorted with your dermatologist cuz they'll just keep getting worse and doubly gross.

I fear I may be moisturising after the collagen has bolted, but I can but try... : - )

Sorry, I should have said fungal "nails", not "toes", and so far all OTC and prescription remedies have failed to shift them. One doctor just said to paint my toe nails and forget about them. It may yet come to that unless anyone has a miracle cure. Curanail? That's one I haven't tried, as it happens.

No, no OTCs...you need something hardcore and prescription strength like terbinafine, or the like. And if you paint those toes, careful not to infect the healthy nails!

Hmm. Happy, bright scents nearly always end up annoying me, but I continue to crave some that don't. Right now, Cristalle is the only member of the category. It sounds like I should try this one out.

Hmm, if Cristalle is the closest you have come to a bright and girlish scent, I am not sure this one is for you. No mossy bite. Cristalle is an Austin Reed trouser suit to B Scent's flippy little floral skirt from the more whimsical end of the Boden catalogue. : - )

Hmm. I see your point. Scanning my wardrobe for the bright and girlish, the only other candidate that I see is Rose Ikebana. And it's a little too giggly for me.

Okay, well Rose Ikebana is a similar level of girlishness, I'd say, but with added grapefruit, and La Chasse aux Papillons and Rose d'Ete are similarly pitched (without the grapefruit). Those two are both very bright and cheery with a slight effervescence which B Scent also has.

OK, I think I need to try this, girly or no girly. I did love Rose Ikebana for a few weeks, and might well love it again for the same weeks in another year. I think they were spring weeks. I could rack up a whole set of girly scents for the same time. Hmmm.