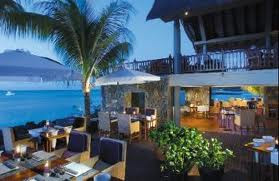 Since the advent of the Internet, there has been a growing trend away from using travel agents in favour of booking flights and hotels independently, a trend which Mr Bonkers and I have also followed to organise our holidays. Or - to be precise - which I have followed, since I am the designated "researcher" in our household. My favourite websites for planning work trip and holiday accommodation are Hotels.com. Booking.com, Trivago and perhaps the granddaddy of them all, Tripadvisor...

I have singled out Tripadvisor in the title of this post on account of its widely varying and often harsh critiques. I always use its reviews in conjunction with information from other sites, because if you relied on Tripadvisor alone, you would only feel confident booking a luxury five star hotel costing upwards of $1000 a night. And you still might be disappointed. 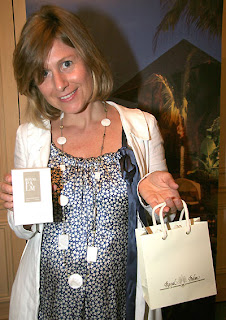 That said, the Royal Palm Hotel in Mauritius gets a rating of 89% out of a possible 100 on Tripadvisor, is ranked No 1 out of 24 hotels on the island, and gets uniformly rave reviews. I have just checked the rates and they are 395 to 980 euros per person per night, depending on the time of year. Sounds like a pretty safe bet if I had that kind of money.

And for a much smaller outlay there is Royal Palm, the hotel's "signature scent" insofar as a building can be said to have such a thing. The perfumer Stéphanie de Saint-Aignan worked for two years with Jacques Silvant, the General Manager of this luxury hotel on the Indian Ocean, to capture the scents of Mauritius in a bottle. The note listing from Luckyscent is as follows:

Speaking to the Mauritius Tourist Office, Stéphanie de Saint-Aignan explained: "We were agreed that we wanted to create a scent that was both very fresh and very grounded, appealing equally to men and women, and which took its inspiration from the island's fruits, spices and precious woods." (my translation) 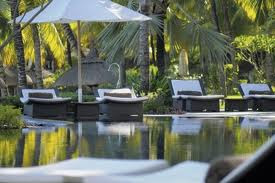 On first application I get a strong burst of spices - I can detect non-colour-specific pepper, cinnamon and clove, though not cardamom - and any grapefruit notes are lost in this feisty opening salvo. Throughout its development, Royal Palm remains sheer, green and softly spicy. Right off the bat it reminded me of Parfums 01630 Lentisque, with which it shares three notes: jasmine, iris and vetiver. And while there appears to be less overlap compositionally with PG Papyrus de Ciane, Royal Palm smells like a much more wearable and accessible interpretation of that same green/resinous style.

I came to hear about this scent via lovethescents, and no sooner had she tipped me off about it when I coincidentally received a sample as a swap extra.
Strangely, I can't find a single review of Royal Palm on any of the perfume blogs - I say "strangely", because it seems deserving of greater accolades.

And while the Royal Palm Hotel gets a very high rating on Tripadvisor, my own hastily assembled team of reviewers, namely Mr Bonkers and his mother, were less forthcoming in their praise of its eponymous perfume - and in that respect more typical of contributors to the site. The three of us were about to set off on a day trip to Bath, and I thought Royal Palm would be a refined choice of SOTD for such an elegant city. 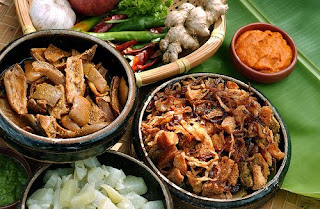 "What on earth is this?!" inquired Mr Bonkers tetchily, after I had pressed him into giving my wrist a hasty sniff.

"It's the signature scent of a five star hotel in Mauritius."

"Huh", he replied, "Smells more like the bins on a caravan site in Rhyl."

"Sweatshop", she remarked, wrinkling her nose in distaste. "Sweatshop in Asia somewhere - you know - where they make T-shirts for a pittance."

Goodness - I didn't see any of that coming. Maybe she could smell the cardamom that I couldn't? Does cardamom + vetiver = sweat?

Undeterred by this slew of criticism, I dabbed on a bit more Royal Palm. This may be the closest I get to a holiday this year. Mrs Bonkers Senior meanwhile had applied a generous swoosh of Burberry Women, and Mr Bonkers was his usual scentless self. Looking back, I should have left some more space for the scent testing opportunities that lay ahead...


Photos of Royal Palm Hotel from free2.co.uk and questtravel.com, photo of Stéphanie de Saint-Aignan from ilemaurice-tourism.info, photo of spices from flickr.
Posted by Vanessa at 16:49

I'm so glad you enjoy it so much! Isn't it just wonderful? It's spicy without being too dusty or warm...it truly is an original. Thank you for the history behind that as well...now, you must share what you sampled in Bath!!

I am most grateful to you for alerting me to Royal Palm. It may be the first perfume ever where I have actively liked the clove note! It is original for sure - and just as Papyrus de Ciane was so wrong on me - bitter, cold and uncompromising - this is very wearable by comparison, yet shares that cool, vetivery, slightly resinous aspect.

Bath report will be along soon - I tried some perfumes there which I wasn't expecting to find, including two scents that were not on my radar.

Oh how exciting! Can't wait to hear about them :-) The suspense is killing me....could they be Penhaligon's rejects???

I think I mentioned I was very much interested in trying Jubilee and Zizonia, but following some poor online reviews, they are no longer on my must-try list....hence, rejects

Aha, now I understand - I thought you meant prototype scents rejected by Penhaligon's themselves... : - )