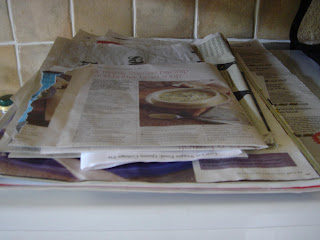 Inspired by the recent discussion on Notes from Josephine about why so many of us can't be bothered to cook anymore - well, me anyway - I decided to fish out a recipe from the "untried and tested" pile languishing on top of the microwave, and whip up a nourishing vegetarian soup: Curried Parsnip and Butterbean. The recipe called for a mere 50g of parsnips compared to 400g of butterbeans, and on the basis that the parsnip was listed before the butterbean, positioning it as the greater component, I immediately added a "o" to the weight. Why, 50g of parsnip isn't even a whole vegetable! It is about four penny rounds' worth...

So I made the soup, which smelt wonderfully fragrant thanks to the high quality curry powder I had bought from a little grocer's in town (dating back to the 16th century!). Then I poured it into the liquidiser jug, before realising that the perspex insert to the top was missing. The white lid was in place, but with a hole in the middle of it there was no way I could turn the darn thing on, or the contents would shoot up and out the top like a curried parsnip and butterbean geyser.

Furious rummaging and banging in cupboards ensued as I hunted for the missing part. Mr Bonkers was summoned to the kitchen and peremptorily asked if he might have inadvertently thrown away the plastic insert while washing up, thinking it was a bit of packaging. He denied all knowledge of its whereabouts (he doesn't wash up very often, so it was a long shot), and I resumed my fruitless search. 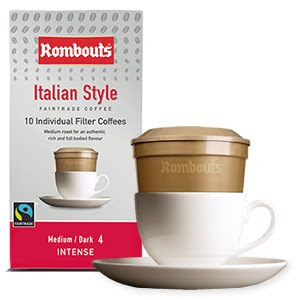 Suddenly an inspired idea for a temporary bodged solution occurred to me: take one of those plastic lids you get with individual one cup filters, place firmly over the hole in the centre of the blender lid, activate device, and hope to minimise collateral splatter.

The machine whirred into action, and my ears were instantly assailed by a sickening crunch, a ghastly noise beyond the normal grinding sound of metal prongs against yielding morsels of soft parsnip. Something made me interrupt the process and peer inside the goblet, where my eye was struck by the presence of tiny bluish perspex shards bobbing around in a sea of greenish gloop. 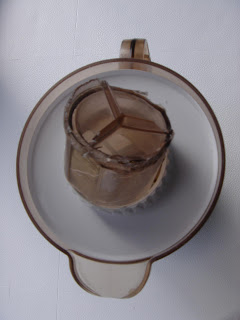 Oh my God....that's where the top was! Why didn't I think to look inside first, given that that is the cupboard where I always keep the blender and its accessories. Doh, doh, and triple doh! But before I upended the jug and flushed its potentially lacerating contents down the loo, I took a moment to smell the aroma of the concoction I had accidentally made.

Well, the main notes in this original accord were: sweet, comforting warm root vegetable, assorted curry spices, ground plastic, and a hint of burnt machinery parts - the olfactory equivalent of crashed gears, if you will. Hmm, I haven't smelt this accord before exactly - part Amouage Lyric, part JPG MaDame - but I am sure it won't be long before it is eagerly embraced by the more avant-garde wing of modern perfumery. I think it would be aa perfect addition to the Black Phoenix Alchemy Lab's catalogue of Bewitching Brews.... Thematically, it would slot in nicely between BRIMSTONE ("A smoky, gritty blend, husky & gray") and DELIRIUM ("A contrary, conflicted scent bubbling with merry madness". They could call it "Sinister Sliver-Strewn Soup" or something suitably Gothic and off the wall.


UPDATE: I have since managed to track down a spare blender stopper for just £5.90 incl P & P from Belstar Electrics!

Photos are my own except for the coffee filter cup from Rombouts' website.
Posted by Vanessa at 11:25

Oh! So that's what your liquidiser twitter meant. :)
Btw, the accord sound quite interesting. I'm all for more vegetables in perfumes...

I love this post! Sounds exactly like something I would do. And in the middle of your cooking trauma, your nose immediately went to perfume...the mark of the truly obsessed.

Glad you found a spare part!

Ah, shades of the day when I found the knocking sound in the washing machine was it laundering a glass coaster.

Yes indeed, and as you may also have seen on Twitter Robin (of NST) explained that the word "liquidiser" isn't used in the USA, only "blender". So that was something else I learnt as well as to check inside the thing for foreign bodies first...

I think being "truly obsessed" is another point we have in common as well as virtual cooking!

Ah yes, I wondered if my syntax was quite clear in that sentence. I have been known to keep herbs and spices well after their best before dates, but that would be a stretch... : - )

Ah yes, the laundry scenario you evoke is a good parallel. The most spectacular instance we had was the time Mr Bonkers washed his passport. When it was rejected by Easyjet at East Midlands - on the flimsy grounds of some light ruffling of the pages, for the laminated part was perfectly intact - muggins had to weigh in and research alternative flights and a carrier with a more lenient view on water damage.

Oh no! Was there no possible way for you to fish out the bits of plastic?? I'm so sorry....

I think we all have those sorts of stories; I once did a big load of laundry following our holidays only to have the whole lot smeared in red and green. It seems I hadn't checked our toddler's pockets properly for 2 renegade crayons :-(

Luckily I only lost about a third of the soup, because I always liquidise a batch at a time so the jug doesn't overflow / clog up. But in that first batch the pieces of plastic were no bigger than tiny specks, some of them, so they went right through the sieve with which I first tried to extract them. I figured that small as they were, they could have been sharp to the lining of the throat, so out they had to go!

Oh no - nothing worse than slogging over a hot stove only to have a mishap right at the end. So I hope that the non-liquidised soup was delicious and cheered you up after the initial blender bother.

Liking the "initial blender bother"... If I run out of inspiration for some of my sillier titles, I may call upon you as an alliterative ally!

Great post, sounds exactly like something I would do. I recently discovered my new work location has a fabulous grocery store with ready made meals like grilled salmon, honey-mustard pork chops, with asparagus, and new potatoes and pistachio rice. I may never cook again.

Glad to know I am not the only klutz around here (today I smashed a mug and plate to add to the kitchen misadventures...).

And if I had that grocery store near me, I would be tempted to buy its high end take-aways every day!

Oh dear! That sounds like a hilarious disaster. I'm glad you found another blender top and I hope you make the soup again successfully.
I melted the first blender I had by trying to make paper in it and cleaning it with turpentine. Needless to say, I use my new one only on special occasions! :)

You melted your first blender? I am impressed! I have done quite a lot with mine: ground nuts, made breadcrumbs, smoothies and juices, but paper making never crossed my mind till you mentioned it... : - )

My mother used to routinely melt my Sindy dolls, leaving them to dry under the grill after I had washed their hair. Luckily Mattel took pity on my pathetic begging letters and replaced them all free of charge.

hahaaa, oops!! this is a delightful post! And glad you were able to find a replacement stopper. I 1) always burn beans and 2) have melted many a plastic utensil in my days of attempting to cook.

Oh dear, yes - burnt vegetables are a speciality in this house too - only the other day I let a pan of peas and sweetcorn boil completely dry.

And the only consolation for this particular culinary mishap is that it proves I am consistently bonkers across the board, and I do like to be consistent.