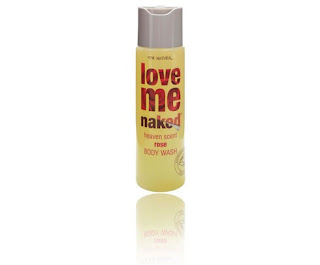 Every year I make the same New Year's resolutions:

Some years I throw in a couple of extra goals, usually "hydrate" (ie drink after exercising) and "exfoliate" (scrub before moisturising). You would think I would have no problem actioning resolutions with such a high degree of assonance - hmm...I should maybe change the "fish" one to "skate" next year - but clearly not, or they wouldn't be brought forward with such weary familiarity every January. 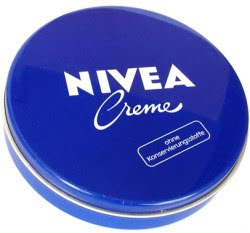 But the selection of Diane Kruger to front the recent CK Beauty advertising campaign - with its subliminal suggestion that women over 40, to whom the scent is allegedly targeted, should make every effort to look her age, ie 34 - has fired a bit of a warning shot over my bow, and I am starting to moisturise more. Just a bit, you understand, because I come from the generation to whom moisturising was not a top of mind activity. Make up removal with Pond's Cold Cream, chapstick in winter, and very occasionally a dab of my friend's Nivea - the one in the little blue tub - or was it even an actual tin back then? I'd use Nivea if my shins felt itchy after swimming, say. And that was pretty much the extent of my skin care measures for several decades.

The other thing to mention is that I vividly remember eye creams in particular being quite painful to wear until I was well into my thirties. They would migrate into your eyes during the night and wake you up with a start, stinging like billy-oh! My vegan lodger tried to put me off these creams by claiming that the active ingredient was made from minced up female deer's privates, an image which continued to haunt me until I was at least 40 and began an eye area moisturing régime in semi-earnest. 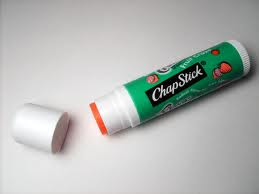 But the rest of my body tends to take its chances, and is dry more often than it is silken or smooth. Part of me thinks - as I may have said in a comment somewhere - that to start intensively moisturising at this late stage in life would be a case of closing the stable door after the collagen has bolted, but then again - to take an exercise analogy - if I believed that I wouldn't have bothered to take up Pilates...

So I am now moisturising a few times a week - on the fronts of my legs - and the backs when I can remember. My "décolleté" too if it looks particularly quilted in the morning. The rose scent is very pretty - just like rose petals / rose water - well, I keep coming back to Turkish delight. The manufacturer, Naked, boasts that its product is 97% natural, as opposed to conventional body washes which use things like parabens, SLS (sodium lauryl sulphate) and petrochemicals. Their slogan is: 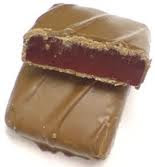 And they go on to explain the reasons why they included the 3% of less palatable ingredients:

"You may also ask why only 97% natural? Well, the remaining 3% is made up of things like the preservative system (stops the product going bad after opening ) plus things like emulsifying agents which are necessary to stop ingredients from separating ( we don’t like divorce ). However some of our products are actually 99.5% natural as they didn’t need as much help to behave."

To be honest, I am not sooo bothered about the natural aspect - it is a nice bonus, but not a feature of toiletry products which I seek out. I tend to follow my mother's advice on such matters: "You eat a peck of dirt before you die." (Related post here.) Ah well, you might argue, but the proverb makes no reference to WHEN you die. If you drop down dead at 40 from ingesting all this dirt in various guises, it might be time to question your attitudes to green products. 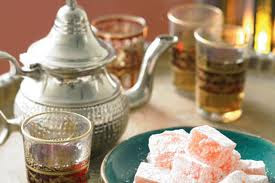 So I mention the natural aspect to Love Me Naked for anyone for whom that would be an important feature. Meanwhile I just slather it on and smell like Serge Lutens Rahat Loukoum and a Fry's chocolate bar.

And this all inevitably begs the $64,000 question...does Mr Bonkers Love Me Naked? Well, the short answer is that he would find the naked me a lot more endearing if I didn't smell of roses, 97% natural or otherwise.


Thanks are due to my friend Louise - Boots the Chemist's No 1 fan in Sweden! - for introducing me to this product.

Photo of Love Me Naked from the Naked website, photo of Nivea from Express Chemist's website, photo of a chapstick from Wikimedia Commons, photos of Fry's Turkish Delight from cherishedtelevision.co.uk and chocolatemission.net, photo of rahat loukoum from sportswise.org.uk
Posted by Vanessa at 10:58

I'm always on the lookout for new body products that moisturize skin as well as advertised (or even half as well as advertised).
This one sounds very good, the only problem being it's not sold here but there are always ways around that particular problem.
I was thinking of telling you of my moisturizing regimen, but I'll skip. You're on the right path, I don't want to depress you. ;)

Okay, Bonkers Lady, you've got to moisturize after every wash! And do it while your skin is still damp to lock in the moisture!! Now, this bath product sounds lovely. I do love moisturizing bath/shower products. One that I reach for is l'Occitane's Almond Shower Oil which is cleansing as well as moisturizing. The only trouble with many of these products is that they are scented, interfering with my SotD. Otherwise, I just shower with Dove soap, then scrub on some baby oil with a loofah. Dab gently with a towel to dry off, and ta da!! Scentless and hydrated ;-)

I sense your moisturising regime must be very elaborate if you are concerned you might put me off my stroke! : - ) Does it involve any three- stage products, perchance, of which I am dimly aware...?

Mr Bonkers is playing the Kastav Blues Festival in Croatia next weekend, so I wondered if he could act as a "body wash mule" and bring some of the Naked product over to you, but it still might be a fair way from Zagreb, plus you would have to listen to a lot of what I have taken to calling "hairy man music".

I know what you mean about these products interfering with one's SOTD, though the Naked one doesn't tend to linger once you get out of the bath. I sometimes feel drawn to rose-themed scents afterwards, but I don't think contamination is as much an issue as you might imagine with something so Turkish Delighty.

That L'Occitane product sounds nice. I have tended to shy away from oils in the past because they sound sticky?

FS, Mr. Bonkers is coming to Kastav? Good for him! :) Not so for me because it's about 3 hours drive from Zagreb. But thank you so much for offering.
I have seriously dry skin so I moisturize it twice a day - in the morning and evening (since I usually shower before bed, I put on some heavier stuff on then).
And facial hydration? Oh, well, it does include several steps. :) But, for me, it's not really a chore, I enjoy it immensely and wouldn't be able to live differently.

Yes, Mr Bonkers has played there before at a similar event, and fell in love with the place. They are driving from Trieste, so he isn't even going to Zagreb airport this time, which would have been a bit closer!

You moisturise twice a day? Wow - I am full of admiration. Twice a week will be a good start for me. Maybe a history of oily skin also has something to do with why putting on moisturisers feels counter-intuitive. And the fact that creams feel cold to the touch, and my clothes feel sticky when I put them on on top - even with lotions, not necessarily oils. I don't enjoy any part of the process to be truthful, but I should do it anyway.

The l'Occitane is sudsy shower oil. You use it instead of soap in the shower, rinse it off, then pat your skin dry. It's so nice :-)

Sudsy sounds good! I will look out for it.

Hi Flitter - living in the West, it is essential to moisturize or I feel itchy and 'rough' all day. Having said that, I keep it simple. Bath and Body Works supplies the body lotion (these I wear at night after showing - Black Amethyst is B-man's current favorite) and Vaseline Intensive Care Shea Butter lotion after my morning shower. I have found that it doesn't clash with any perfume, absorbs quickly, but has a nice creamy texture to it.

Face care is also low maintenance - wash make-up off at night, use a moisturizing face lotion and I'm done. Can't be bothered with special eye creams and masks and toners and all that. I have created a routine I can live with and suggest all women do the same and make peace with it.

'Closing the stable door after the collagen has bolted' made me LOL.

You have introduced another interesting reason as to why I might not have felt any urgency to moisturise till comparatively recently, when my skin started to be a bit drier in itself, namely climatic variations. I have lived most of my life in damp areas of the country, so that could mean I felt sufficiently hydrated by the atmosphere?! : - )

That Vaseline lotion sounds nice and I expect we have it here too.

You had me at: 'molten Fry's Turkish Delight'.
Dribbling now. Gosh, but I'm greedy! :)

Transdermal calorie uptake via the shins is legendarily small!

I look at that rose bath stuff all the time and I haven't bought yet- but if it smells like turkish delight what's not to like?

Ooh Rose, do take the plunge - Naked products are often on BOGOF or 3 for 2 offers in Boots...I don't think you will be disappointed.