In Sickness And in Death: Reasons To Be Scentless 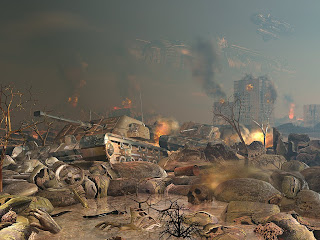 Yesterday was a bad day. I woke up around 2pm, checked a couple of blogs, then felt so unwell that I went back to bed again, stirring briefly to read a bit of the weekend papers before again retiring to bed. I am currently suffering from swollen lymph nodes due to some kind of localised infection, blocked and sore ears and sinuses, headache and queasy stomach. I think some of those Christmas leftovers should simply have been left, rather than eaten... The sensations in my head were the worst part, though: it was so stuffed up that it felt ready to explode at any moment, and I would happily have agreed to have it chopped off. Though I might have regretted it later. Or not, as my partner helpfully pointed out.

I felt so out of sorts that I didn't apply any perfume yesterday, and believe me, I have to be really unwell not to do that. Last year's bout of flu was another occasion, plus the odd day written off to a migraine. A head cold doesn't normally deter me from applying scent, as I rarely lose my sense of smell, and don't feel quite as under par as I did yesterday.

I was trying to think of what other events apart from illness would deter me from wearing perfume. A really bad argument with my partner would - and has! Also the death of a close relative, though I lost both my parents pre-perfume mania so I cannot test that one out for real. The day my partner's father died I wore Ralph Lauren's Notorious, so he cannot have been close enough, plus I was in another part of the country at the time, which distanced me somewhat from events. Both my partner's mum and I wore scent to the funeral - Burberry Women in her case and PG Brulure de Rose in mine - but maybe scent on even such a sad occasion is only like adding a final touch to your outfit, and as such is a mark of respect.

I think if there was a nuclear holocaust I might also forgo perfume. I might even not get washed. How funny that an ear nose and throat ailment appears to have mushroomed into a consideration of perfume usage in apocalyptic scenarios. Clearly, this ENT business has affected my sense of balance...
Posted by Vanessa at 12:48

Just about the only time that I don't want scent (as opposed to refraining for other reasons, like tight airplane seats) is when I'm sick in a way that substantially affects my sinuses. Everything smells wrong, and there's always a tiny risk of the fragrance irritating my cranky sinuses, so it doesn't seem worth it. I had a weeks-long cold last January, and it was a while before I got back on the fragrance track.

"Tight airplaine seats" - that's a good one. How publicly minded of you! My sinuses are still partly blocked at the moment, so although I have some sense of smell, maybe perfume could irritate them. I guess I am wearing the stuff as a distraction from my symptoms and to cheer myself up - though on Saturday I felt so ill that not even scent could have cut it...