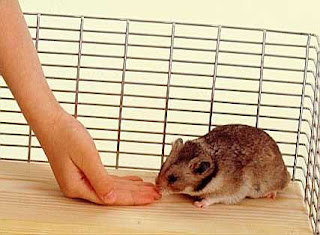 In my local paper last week my eye was caught by a startling headline:

"NOSES MAY HOLD CLUE TO DEMENTIA"

"Loss of smell may be an early indication of Alzheimer's disease, research suggests.

Scientists found that changes linked to the most common form of dementia begin in mice in an area of the brain responsible for recognising smells.

The physical symptoms coincided with impaired olfactory, or smell, function. Affected animals had to sniff odours for longer to remember them than healthy mice. They also had problems differentiating between smells....

...Reduced smelling ability in the mice was linked to the appearance of amyloid plaques - sticky lumps of protein in the brain. Daniel Wesson, from the New York University School of Medicine, said: 'What is striking in our study was that performance of the mouse in the olfactory behaviour test was sensitive to even the smallest amount of amyloid presence in the brain.'"

I have to say that this article rang immediate alarm bells with me. For Mr Bonkers has a very rudimentary sense of smell, and has HUGE difficulties distinguishing between different scents. Hence his dismissal of 90% of the perfumes to which I expose him as smelling generically of "craft shop" (meaning that vague scented candle/pot pourri/room fragrance smell you find in shops that sell jewellery, homewares, teddy bears and general fripperies aka "stuff"). The very few variations on this broad category are: "fly spray" (Jasper Conran Mister), "nice soap!" (SJP Lovely), "craft shop with the window open" (some very attenuated Giacobetti number) or "the garden at the back of the craft shop" (MH Fleurs de Bois).

So I am not saying that Mr Bonkers has no sense of smell at all, just that it is - in the vast majority of cases - a bit of a blunt instrument. So on the basis of Mr B's results in my own "olfactory behaviour tests", it might not be a bad idea to get him some puzzle books and flaxseed oil in the first instance. If he persists in rudely dissing everything from Chanel to Ormonde Jayne and Penhaligons to Parfumerie Generale as "craft shop", I may reserve the right to check out the EMI units in our area. : - )

Mr Bonkers? Not yet, I hope! Though the words "petard" and "hoist" spring worryingly to mind...
Posted by Vanessa at 17:56

Not sure why petard springs to mind. You want to blow him up????

This article is extremely interesting. I would be curious to know how the researches collected such subjective data required for this type of qualitative study. I'll have to investigate further. Thank you for telling us about this fascinating find.

As for Mr. Bonkers, might it just be a case of disinterest?

How about "lack of interest"? My version of Mr. Bonkers does *try* to show some interest: for SJP Lovely, he alternately says, "Toilet cleaner" and "Mm, I LIKE that!" Mind you, he works in wine and has a pretty good nose for that stuff, so I can't entirely dismiss his thoughts (alas~). However, when the best he can come up with is, "That smells like the sort of thing you like", what can one do?

That's three votes for the problem being Mr Bonkers' lack of interest (someone commenting via Facebook had come to the same conclusion). Visually, he can tell hundreds of different bass guitars apart after a subliminally short glimpse at a distance of two hundred yards, so there has got to be something in your theory!

"That smells like the sort of thing you like" is an example of the same damnning with faint praise as that which greeted my birth. I was rather a plain infant and visitors confined themselves to the spectacularly non-committal observation: "Now, there IS a baby!"

Lovethescents, the expression "to be hoist with one's own petard" means to blow oneself up, ie have a plan backfire. I might equally have said in this context: "Be careful what you wish for..." : - )

Mr Bonkers has just suggested that, as a musician, he has a highly developed sense of hearing and vision, and wonders whether this may have to be at the expense of his sense of taste and smell, ie something else had to give!

If this is true, his blatant lack of interest in scent must surely be a compounding factor.

I think he's making excuses cuz he does enjoy his food, doesn't he ;-)

I love this story-- My "Mr. Bonkers"--and BTW, I well may just begin calling him that-- he just learned from a British friend that the diminutive of "Barry" in the U.K. is "Baz" or "Bazr," and he liked it so much, he wants me to call him that. Do you think if I mutter "Bonkers" under my breath he will notice? (Hoisting my own petard, perhaps...)

Anyhow-- he's a big wine nut, too, but is quite upfront about not having an adequate vocabulary to express anything. He happily smells me, and likes almost everything more or less, but his main points of reference seem to be Irish Spring (a man's deodorant soap from like, the 1970s), "black dress and pearls," and "tropical." (These scent impressions were all for the same perfume, "L'Eau D'Hermes," at different times. So you see what I'm up against.) He leaves the descriptions to me.

However, happily, while he seems to lack a cogent way to articulate what he experiences, we enjoy almost all the same foods and wines, so that makes cooking for him and eating out MUCH easier.

I am still laughing at "Craft shop with the windows open" - was that En Passant by any chance?

I'm thinking about Evelyn Glennie and Stevie Wonder - great musician's don't necessarily need highly developed senses of hearing and/or vision. Though I wouldn't want to generalise, I think it largely comes down to practice, as does sniffing perfume, conveniently.

Lovethescents, Mr Bonkers eats a lot of food, but I wouldn't say he enjoys it in the way you might imagine. It is mostly about shovelling (vegetarian) fuel down himself, and only very occasionally about savouring what he is eating. You see he only really enjoys strong, spicy curries, as most food tastes bland to his palate. He also struggles to discern any qualitative difference between packet food and home cooking, and often prefers the convenience variety (eg Heinz tomato soup) because it is what he has grown up with. This sets the bar very low for me as a cook, but would doubtless frustrate anyone with greater culinary skills.

Left Coast Nose, Mr Bonkers thinks Baz - or even Bazza - might do very nicely for your "Other Nostril" or however you currently allude to him.

We both love the new nomenclature you have added to the craft shop series: "black dress and pearls" and "tropical" are especially strong!

You are quite right to mention those sensorily impaired performers, who are terrific exceptions to these rules. Actually, I think vision may well be less critical, as one of Mr Bonkers' guitarist colleagues is registered blind, but on the whole I'd say that hearing is pretty key - or a definite bonus, at least. : - )

Oh and Hebe, I can't actually recall which scent prompted the "open window" comment, but whichever one it was, Mr B still didn't care for it!

Thanks for that insight, Rose, which I find reassuring. Mr Bonkers has never smoked, and as far as I know, never been hit (though I have been tempted, obviously).

"Other Nostril"-- Oh, you are too good... Tempting to call him Bazza, though-- with the emphasis on the second syllable, like a magician performing a trick: Ba-ZZAH!!

For full (obviously ironic in ON's case) Chavvy effect you should really put the emphasis on the first syllable!

Are you up preternaturally early or is there some behind the scenes jiggery pokery going on with posting leadtimes?