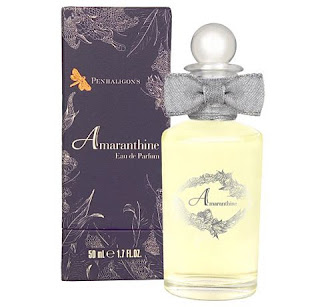 Yes, I know that is an appallingly tabloid-esque headline, but as I am very late to the party with my 2009 scent round up, I figured I needed to go with an attention-grabbing headline. There again, regular readers of Bonkers about Perfume will know full well by now that they are not automatically going to get a considered and impeccably researched review of the latest releases, whether at the time of the launch or indeed ever. What they can count on is a lucky dip, a potluck supper - albeit one made with a packet sauce. For I am arguably the convenience food equivalent of the perfume blogs, the redtop newspaper - with apologies to Ines and her "All I Am - A Redhead" blog!

Right, so where was I? Hopefully off the hook now for posting this on 18th January. Nor is it probably necessary to go into much detail about most of the scents I have chosen, for they have been extensively covered by people with better noses and a more felicitous turn of phrase than me. So here goes, and I reserve the right to toss in a few sub-categories along the way as the mood takes me.

I am probably the last to include Amaranthine in my top ten of last year, though I was one of its "early adopters" back in August when I first smelt it, and I have been doing my darndest to spread the word ever since! A lush tropical floral which manages to be simultaneously green and sheer; comfortingly milky, but with a dark side.

TOP TEN SNIFFS OF 2009 (in approximate order of preference)

Well, what do the scents in these winning categories reveal about my taste, I wondered to myself? With the exception of Amaranthine, they are all pretty polite fragrances, I suppose - several I would even go so far as to describe as "skin scents". I would also observe that I seem to like vanilla and musk notes, also lilies, ylang ylang and magnolia. Citrus should be light and not too astringent. And I like my amber to be a quiet purr at most.

Boss Orange (furry orange squash/cordial)
Prada Infusion de Fleur d'Oranger (as above)
Gucci Flora (this should have been light and inoffensive throughout, but the whole thing got hijacked by an unpleasant earthy patchouli note about half way through)
Comme des Garcons Daphne (an unpleasant woody spicy accord)
Armani Idole (headache-inducing pear drop note!)
Viktor & Rolf Eau Mega (as above)
Marc Jacobs Lola ("not good", but my mind has blocked out the reasons why, suggesting it really wasn't very nice at all)

RELEASES I DID NOT CARE FOR PARTICULARLY

Here are some of the (mostly niche) releases from 2009 that were too "difficult" or just not my style. The list also includes a number of scents which I expected to like but didn't, on each of which I have included an explanatory note.

SCENTS I WOULD HAVE LIKED TO HAVE TRIED BUT DIDN'T

Ormonde Jayne Tiare (current top sniff list lemming! This sounds like my sort of thing...)
Van Cleef & Arpels Collection Extraordinaire (ie the others in the line)
L'Artisan Havana Vanille (mainly because it is by BD!)
Maison Kurkdjian range (especially APOM and Lumiere Noire pour femme, because of good reports from the Basenotes event with FK that I missed)
Ineke Field Notes From Paris (because of Robin's recommendation on NST)
The Different Company Oriental Lounge (because of the name really : - ) )

I am quite pleased that the "missed" list is as short as it is. This is either because my frenetic interest in sampling is finally starting to plateau or because of a faulty memory, or a bit of both.
Posted by Vanessa at 18:20

Well that was a lot of fun to read. I'm actually pleased you 'came late to the party' as you put it. All the best-ofs came out at the same time, overwhelming us, no? Now we have time to rethink and retest, etc.

Love your top tens except for the MH and TF, which I still haven't tried.

A very interesting summary. And, I've never sniffed six of your top ten. I'll have to get moving.

Lovethescents - will enclose a sample of the MH with my next package, if you don't get to it first!

ChickenFreak - I think my taste is much more mimsy than yours on the whole, so you may not in fact be missing much...

I can't believe I haven't smelled anything from your list of the best! I couldn't find Amaranthine the last time I was in a niche store here, but I hope I'll remedy that soon.
And I couldn't agree more on Flora. I still can't believe there are people out there who like this! :)

Oh Ines, I am so pleased to meet another Flora-hater! I thought I was going quietly mad, as this scent has been lauded as one of the best designer offerings of last year. Love the dress but that is about it.

If you don't manage to track down Amaranthine, let me know, as I could always send you a sample. I feel positively evangelical about this one!

I decided not to do a best of 2009 list, because I did not test sooo many of the year's offerings. I've been preoccupied with classics and vintage and good stuff from the recent past, and I'm not caught up yet.

I could probably do a post similar to yours on 2009 releases I liked, those I hated, and those I didn't sniff... but the Those I Didn't Sniff list would be very, very long. So I'm skipping it, and keeping track of the 2010 releases.

I do like Amaranthine very much, but Lumiere Noire absolutely ravished me. I have YET to try any of the VC&As.

You're a step ahead of me on the Kurkdjian front, for sure, and have confirmed me in my wish to try this Lumiere Noire, though if it is anything like Amouage Lyric or Epic Woman it may not be for me.

I do think the new VC & As, based on the two I have tried, are better than anything they have done to date that I have tried. My civet aversion prevents me from appreciating their classics like First etc.

This list makes me realize-- I'm only smelling old stuff. I'm, like, a full year out of date!!

Why, LCN, I am frankly baffled, for you live in a sophisticated and olfactorily jumping metropolis, while I live in a small market town with a Lilliputian department store, which only carries designer and celebrity ranges.

I did admittedly go to London a few times last year and to a handful of European cities, but I wouldn't have thought you'd have been far behind me living in the SF area, if not somewhat ahead of Europe in the case of certain houses/launches.

And I am sure you are not "out of date" so much as drawn to the classics at the moment, like the Balenciagas and Bandits. I'm willing to bet that our differing tastes could account for a fair bit of the non-congruence between our two lists, as opposed to lack of availability in your neck of the woods?

Fair play to you for chasing the holy grail of any vintage. I wouldn't say I am attached to specific brands particularly, though I have certainly had better luck with some more than others. However, now you mention it, I think I do hope that "the best perfume ever made" will be the next one to hit the stores...which isn't logical, really, unless you believe that the art of perfumery is on a trajectory of constant self-improvement. Which seems most unlikely in view of declining budgets and the IFRA regs business. And yet I persist in seeking out the new. Very thought provoking comment - thanks!

I tested Amarinthine for the the first time on Wednesday and was blown away by how good and dirty it is! Interesting scent choices too, I also love vanillas and musks, but my skin does horrid things with lillies, which is saddening.

Update on the Chinese above. Have just managed to get this translated as:

"When you/life feel/is low, try to keep your spirit pure."

It is a bit cryptic in English, actually...